Multi-million-dollar slice of South Island paradise up for sale 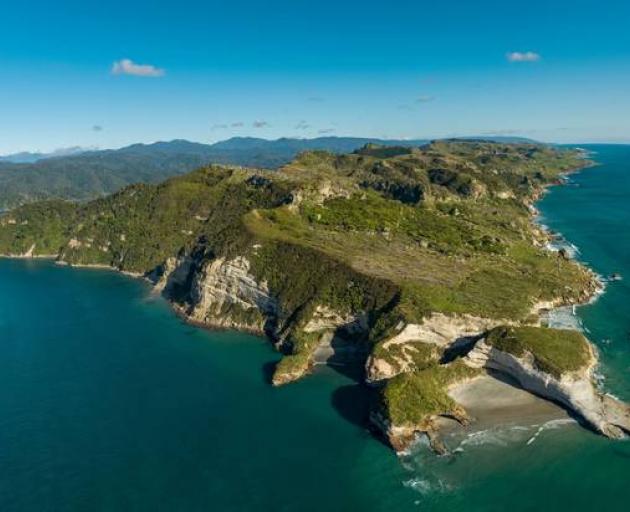 Westhaven Retreat on the northwest tip of the South Island is on sale for $22.5m and comes with luxury lodge and 330ha of peninsula land. Photo: Supplied
A stunning strip of coastal South Island land filled with forests, beaches and spectacular limestone cliffs is up for sale for $22.5 million.

The eventual buyer will take-over 330 hectares of west cost peninsula land close to Golden Bay along with a working farm and luxury lodge charging guests thousands of dollars per night.

It was the same for them just over 28 years ago when - while living in Australia - a friend recommended they check the place out.

"We weren't open to moving, to be honest, I always said I'll never go to New Zealand it's far too cold, I'll stay in Australia my whole life," Bruno said.

"I had never seen anything so beautiful," Monika added.

And with that the couple set upon yet another life-upheaval just three years after making the big move out from Europe.

Originally from Austria, Bruno had worked as an engineer designing major steel plants, before the couple moved to Australia in 1988 and began working as developers building apartment blocks.

But after buying their new property on the South Island's northwestern tip in 1991, they made the move across the Tasman onto what was then a farm run by a hardworking family.

It had little on it but a timber hut, sheep shearers accommodation "and beautiful old woolshed". 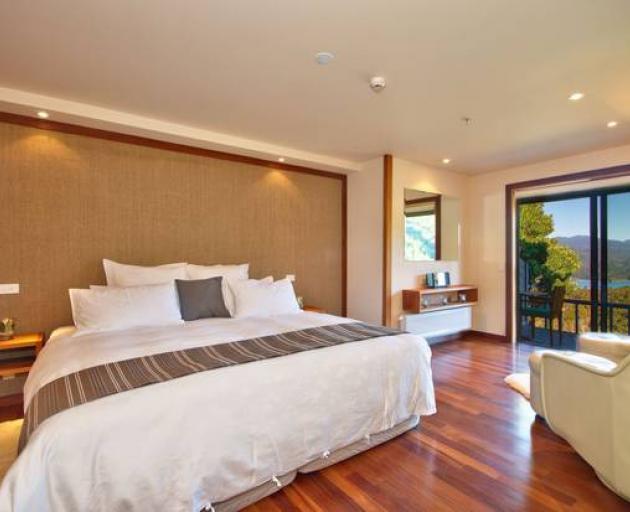 Guests pay between $1180 and $1450 per night to stay in the lodge. Photo: Supplied
Needing a second income, Bruno soon built a seven-bedroom house his wife turned into a bed and breakfast in 1997.

"I told her, 'if it ever takes off I'll build you something proper'," he said.

It went hugely well and so Bruno started designing a luxury lodge.

With New Zealand in a building boom it was hard to get builders and tradesmen in. When they did come, Bruno was often unhappy with the quality of the work.

So he started building himself. Luckily his daughter, Monika, came back to help with a dream husband as far as Bruno was concerned. 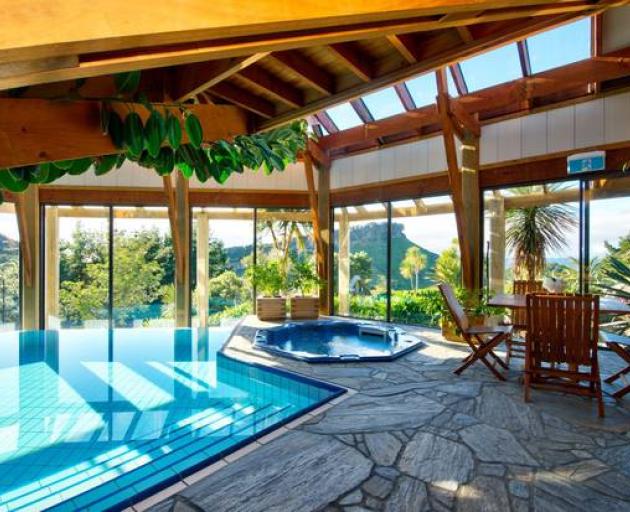 Westhaven Retreat includes a 24-metre indoor heated swimming pool, sauna, yoga studio, library and even Tesla charging station. Photo: Supplied
"He is absolutely handy with the tools - it was perfect for me," Bruno said with a laugh.

And despite a career in steel, Bruno now eschewed the metal in favour of his love for wood and natural materials.

There's even a Tesla charging station.

Guests pay between $1180 and $1450 to stay, while more expensive packages include a wide range of tours such as helicopter trips.

Bruno said the rainwater catchment system was much needed because, perhaps surprisingly to some, the northwestern tip of the South Island was one of New Zealand's sunniest spots.

Also on the property Monika and husband Tomas have been running South Head farm, which has existed for more than a century and includes 1100 sheep, cattle, llamas and goats. 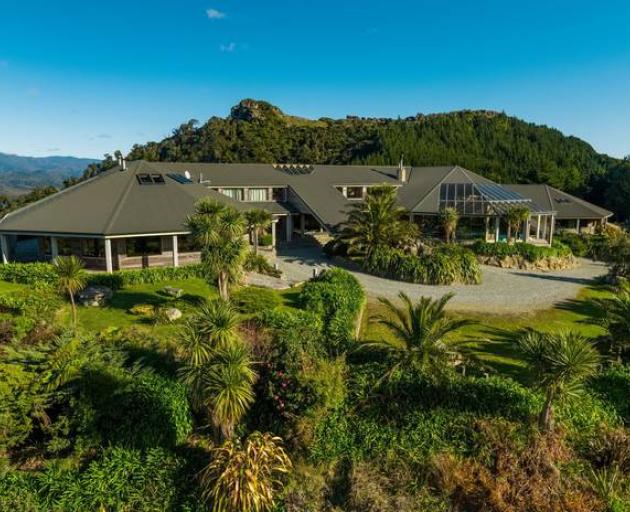 Westhaven Retreat costs a cool $22.5m but comes with more than 200ha of forest and 8km of coastline. Photo: Supplied
Bruno said the family had planted 50,000 trees on the property, which included almost 200ha or native forest and 110 ha of grassland.

Monika said as she and Bruno had now become older, the time to sell was right. They first had a go at selling the property for almost $24m in 2018 and have now dropped the price.

She said they were keen to sell to those who would keep the land in pristine condition for future generations, rather than for intensive development.

"The land needs a good custodian, not just a buyer," she said.

Check out the OneRoof listing here.