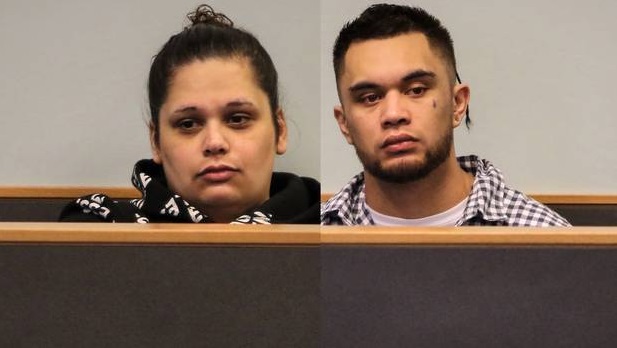 Two people have today been jailed for life for the torture and murder of a teenager in an Auckland ''House of horrors".

Following a high-profile and disturbing trial last September in Auckland, Ashley Winter and Kerry Te Amo were both found guilty by a jury of murdering Dimetrius Pairama. They had earlier pleaded guilty to kidnapping. 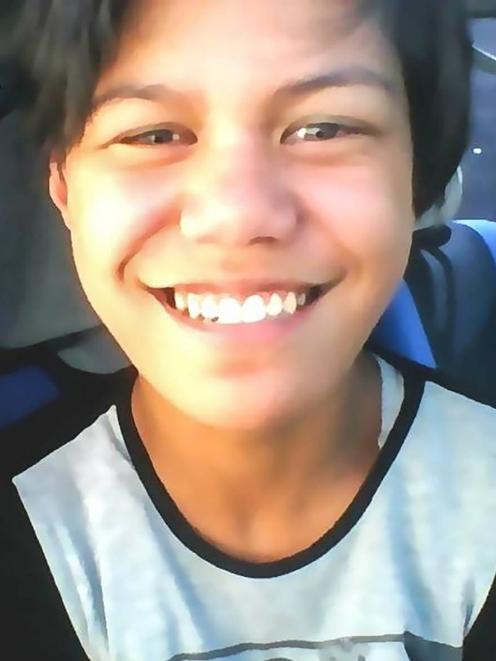 Victim Dimetrius Pairama.
The pair were both sentenced to life imprisonment today by Justice Timothy Brewer via video link in the High Court. Winter must serve at least 19 years and four months behind bars before being eligible for parole, while Te Amo was given a minimum period of 19 years.

After taking the 17-year-old, Winter and Te Amo tortured her over several hours, including burning her, before eventually giving Pairama the chilling choice of how she wanted to die - stabbed or hanged.

A noose was fashioned out of some torn bedsheets. Te Amo cut the teen's lifeless body down, while Winter fixed her makeup.

They would discard Pairama's body in a rusty steel drum at the abandoned state house in Māngere on a cold, rainy night in July 2018.

The case involved Winter and Te Amo running, what was described by the Court of Appeal as "cut-throat defences", as they blamed each other for murdering Pairama.

Crown Solicitor at Manukau, Natalie Walker, who prosecuted Winter and Te Amo, said there appeared to be no reason for the "terrible loss of humanity".

Walker told the court Winter was at a high risk of reoffending and the community were entitled to protection from her.

"This was sadistic violence in which she was the ringleader," Walker said. "She doesn't accept responsibility."

Pairama's mum, Lena Hetaraka-Pairama, told the court today she struggled to hear what had happened to her daughter.

"My hand shook from the hurtful, evil things I was hearing."

She said she "still can't forgive myself" for not keeping Pairama safe. The teen had also spent time in Oranga Tamariki care and also on Auckland's streets.

Justice Brewer said the pain and sense of loss Pairama's family feels would not be made better by today's sentencing.

He said Winter, also known as Ashleigh Tonga, was the "dominant" offender and generally "in-charge". He believed the second strike offender became involved in the murder "because [she] found the situation exciting".

"You have a tendency to be dramatic as you showed in your police interview of 9 July 2018," the judge said.

A third person was also charged with murder and kidnapping, but the now 18-year-old never stood before a jury after the Court of Appeal ruled her unfit to stand trial.

She was found to suffer from mild intellectual disability and foetal alcohol spectrum disorder (FASD) and has been at the Mason Clinic, a forensic psychiatric services secure unit in Point Chevalier, since September.

After a disposition hearing earlier this month, Justice Brewer will make a decision about what is required and best for the teen and society.

Another teenager was at the house and gave evidence during the trial as the Crown's key witness. She was given immunity from prosecution by the Deputy Solicitor-General.

Winter's counsel, Matthew Goodwin, said the events which occurred in the derelict building were "brutal, callous and senseless".

He said it may have come about because of resentment over rumours Pairama was in a relationship with an ex-boyfriend of the third accused.

However, Te Amo's lawyer Shane Tait, who has called the case "the house of horrors on Buckland Rd", said even after a lengthy trial there remains no clear motive.

But Hetaraka-Pairama has told the Herald she believes her daughter was killed as part of a gang retaliation.