By Emily Moorhouse
0 Comments
Wet weather and sewerage system issues have not stopped school pupils and staff from celebrating their long-awaited move to a new school.

Pareawa Banks Avenue School pupils, teachers and parents celebrated arriving at the new school on Averill St yesterday, with a pōwhiri performed by the pupils.

Staff and pupils have been patiently waiting for a new school for 11 years, after the old site at Banks Ave in Shirley suffered damage in the February 22, 2011 earthquake.

Staff had an original plan to walk with the pupils from the old school to the new site, but due to the wet weather and flooding, this was cancelled.

Flooding also caused issues with the sewerage system, meaning pupils were sent home after the pōwhiri instead of having their first day back learning. However, they are back at school today. 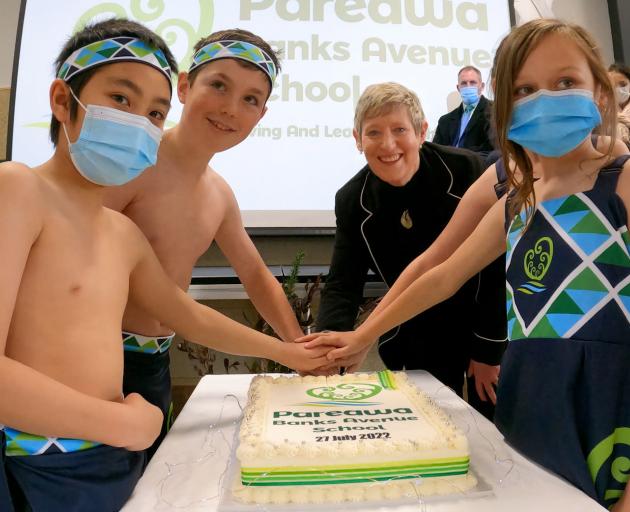 Mayor Lianne Dalziel assists with cutting the cake, while pupils take part in the opening. Photo: Geoff Sloan
Teacher Helen Stowers said while the day didn’t go as planned, it was still a great celebration.

“It was very emotional, we’ve had a long journey to get where we are.”

Some pupils had already seen the new school site on Monday to familiarise themselves with the classrooms, however Stowers said there was still lots of excitement yesterday.

“All year they’ve been watching on the cameras the build ... but it’s quite different seeing it for real,” she said.

“We’d shown them photos of the empty classrooms when we went through but to see their things in there was pretty exciting for them too.” 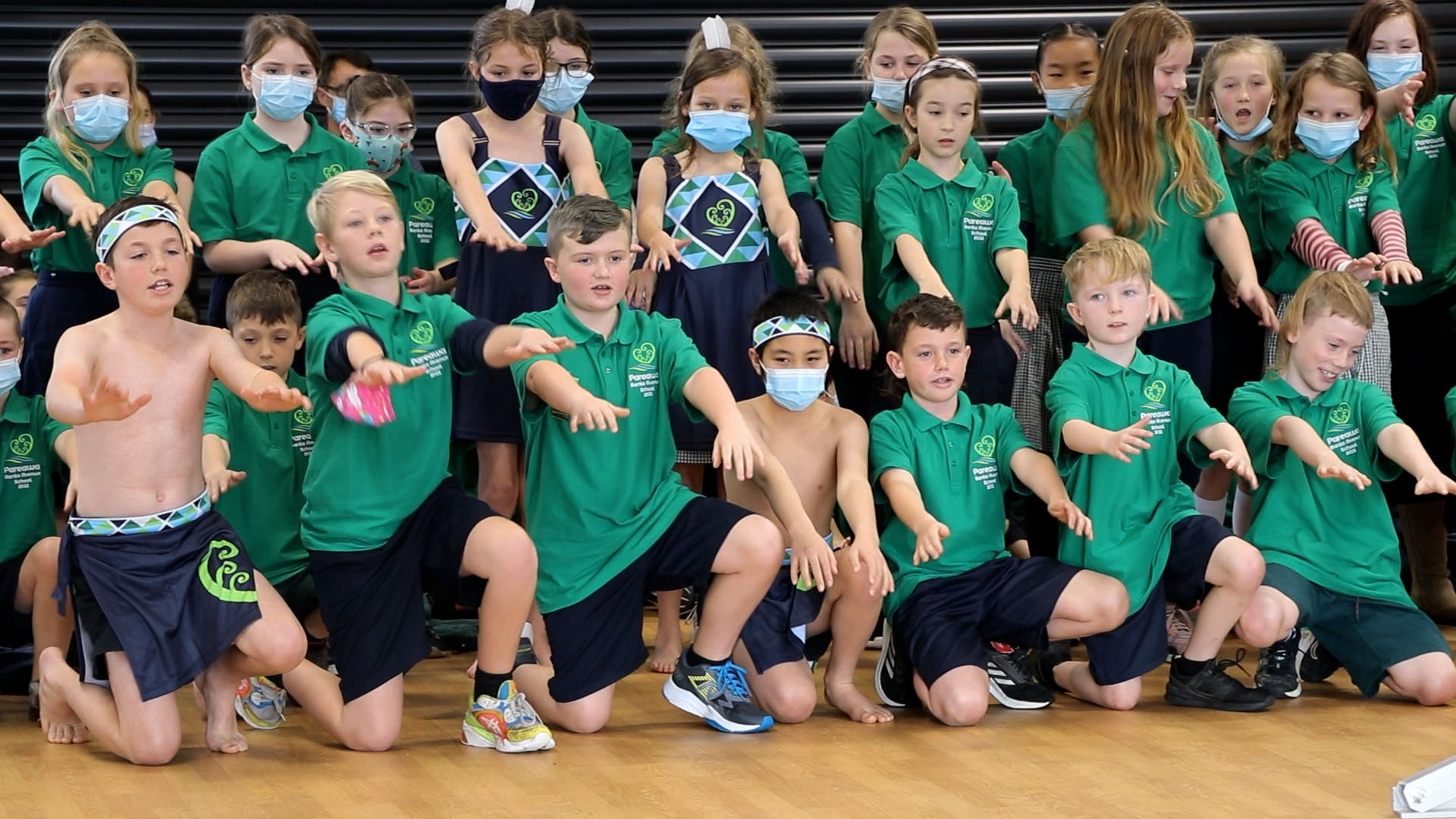