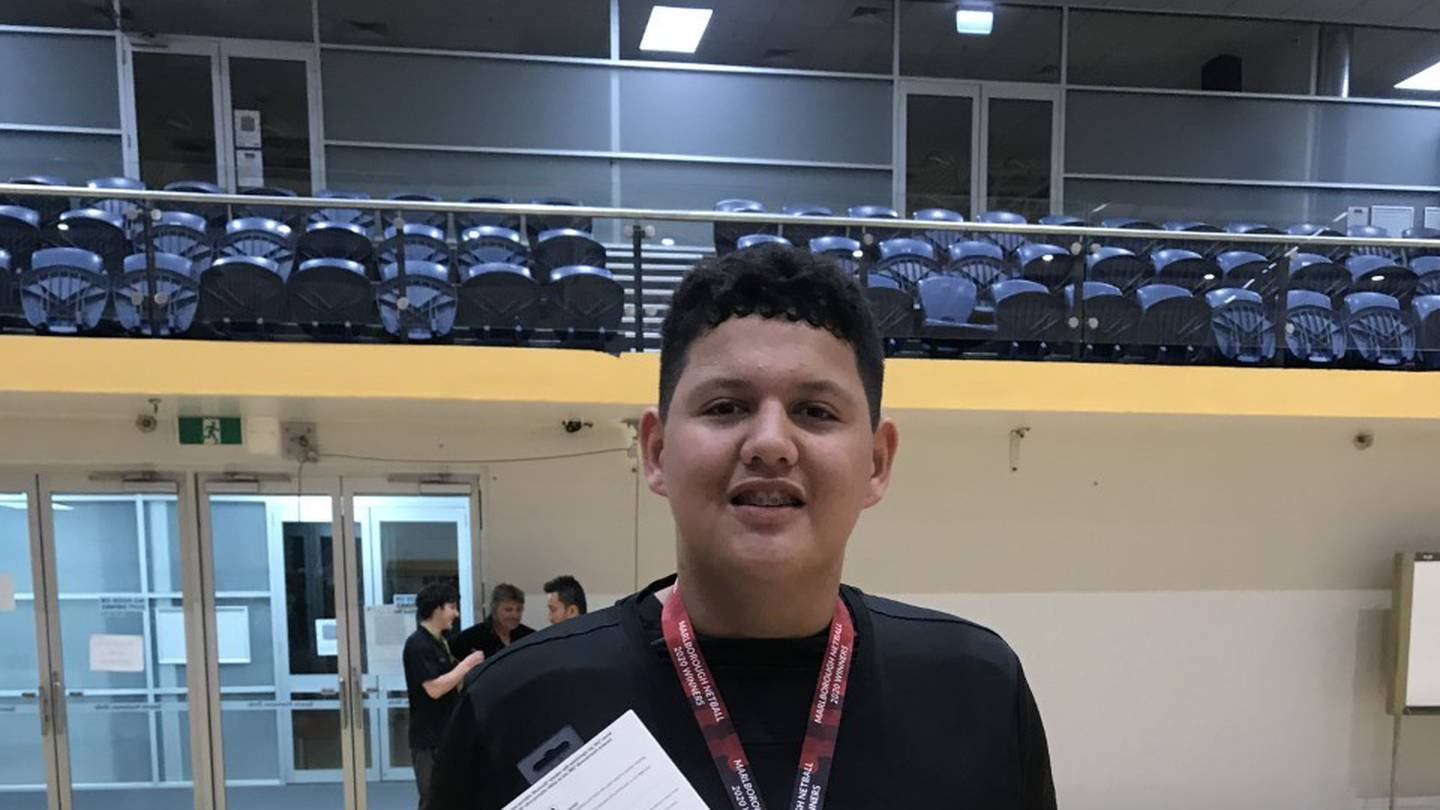 Haze Tepuia has been a member of the premier team for the last two seasons and has taken out a number of top awards.

But this year he's been told he cannot play in the "female competition" effectively because of his gender.

Netball New Zealand rules state males can play the sport "without discrimination" until they are 12.

Some clubs may allow boys to keep playing until they are older - but when they reach the specific age limit set they must apply for a "dispensation" to play in "female competitions".

Then the club committee determines whether to approve that dispensation - after considering factors including "safety of all players, the equity of the competition - where the strength and physicality of the male player may be inequitable " and feedback from the community.

In Marlborough boys must apply for a dispensation from the age of 15. 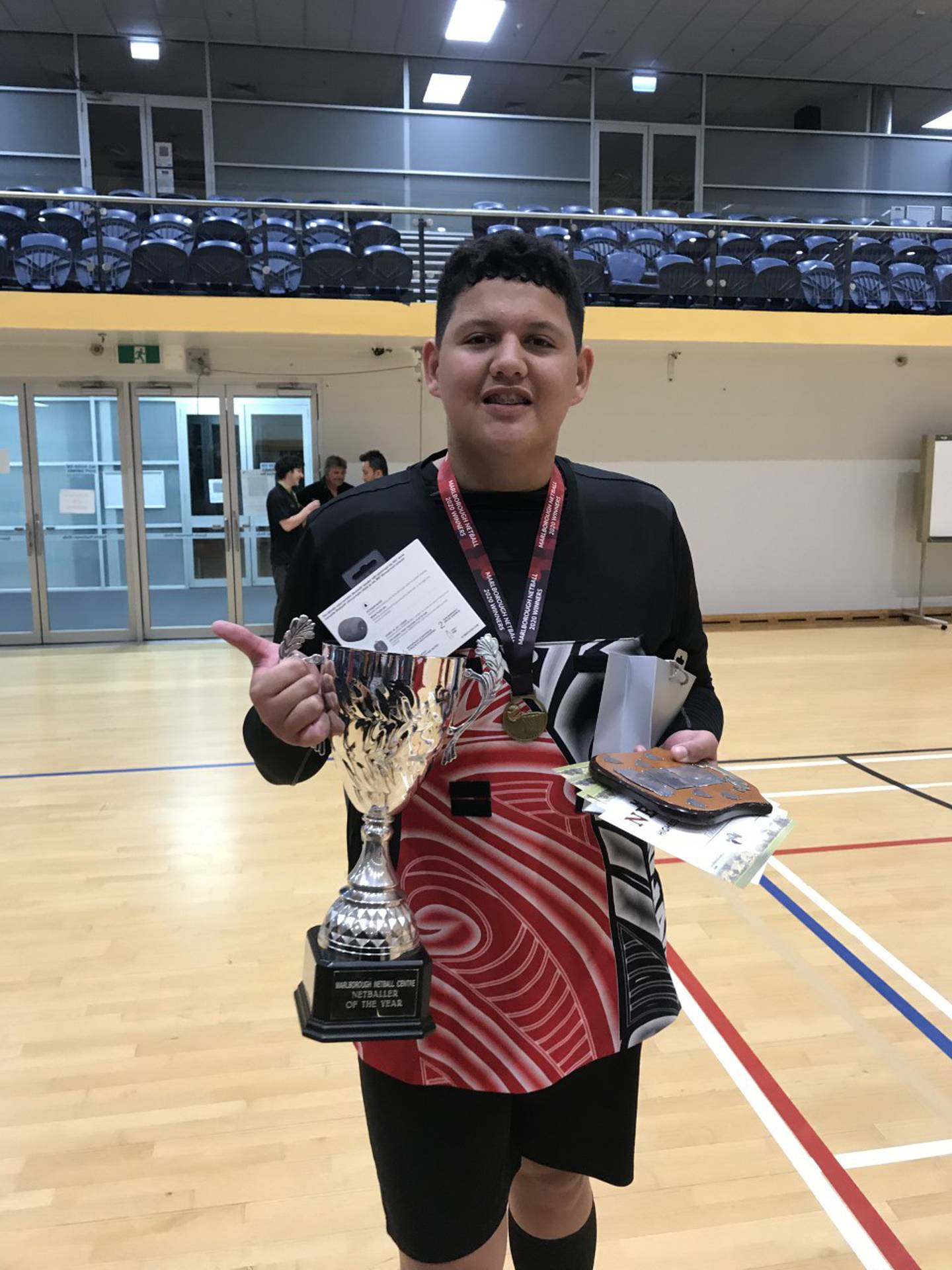 Rising netball star Haze Tepuia cannot play in a club competition this year because he is a boy. Photo: Supplied via NZH
While he was fine last year, for this season Haze was told last night that "the majority of the Marlborough netball clubs did not support a dispensation".

"He's angry, he's frustrated, he's sad … there is no boys team, he's got nowhere to go," his mother Ange Tepuia told the Herald.

"Haze is a trained umpire, he volunteers with all the club things and they're happy to have him do all that - but they won't let him play.

"They basically say that when you're 16 you end up fitter, stronger and taller than the girls so there is a disadvantage ... if he played for a losing club, would this even be a question? No, it wouldn't."

Haze said it was devastating to hear the news.

The teenager is also a member of the Nelson men's team, the Christchurch mixed under 23s and the New Zealand men's under 20s.

Playing for a premier club team allowed him to keep up his game time for the higher teams.

Haze drives himself to Christchurch once a fortnight to train with his mixed team - along with working part-time and going to school.

There are no men-only competitions in the Marlborough region at this stage so Haze has no other option if he wants any time on the court.

"We are a small netball centre that does not have large numbers of males playing and is unable to hold a men's only competition," Marlborough Netball chair Beth Tester confirmed.

"We are working with our colleagues at Nelson Netball to develop a Top of the South mixed grade competition which Haze and any other players would be able to compete in."

Tepuia questioned what her son was supposed to do in the meantime.

"He loves netball, he got into this team and now there's no pathway for him - nothing till he leaves here when he finishes school," she said.

"Boys are being encouraged to play netball so they should be allowed to play as long as they are at school without having to apply for dispensation.

"You think they'd want to embrace this and encourage it … but obviously some of the women have complained."

The rule about boys playing without discrimination until 12 was in line with the Human Rights Act.

After that it promised to "continue to include males in netball" some centres provide social or men's competitions to cater for this need.

"Each netball centre manages, through their regulations, the male offering dependant on the size of their community and the demand."

"As interest and participation grows across the country for male participation, our challenge is to manage the transition period in the best interests of all our participants," she said.

"We acknowledge it will take time to grow participation numbers to a level where full male competitions can be offered, particularly in some of our smaller centres and regions.

"To try and provide opportunities for male participation during this transitional phase Marlborough and Nelson are working on offering a mixed competition to be held in Nelson."

Tepuia said that was not good enough.

"To keep building his skills he needs to be playing at that club level," she said.

"You can do all your training, but playing and game time and training are totally different things."