'I find that difficult': Jeff Wilson calls out Scott Robertson for breaking rank

The Crusaders coach last week said he's open to offers from rival nations if he continues to get snubbed for the All Blacks head coaching job, adding that he would love win the Rugby World Cup with another country.

Speaking on Sky Sport's The Breakdown, Wilson questioned the timing of Robertson's comments, saying he found it "difficult".

"The problem is Scott Robertson has come out and said he wants to go and win two Rugby World Cups with two different teams, he wants to get the opportunity to coach at the international level," Wilson said.

"Interesting he said that when he's actually under contract with New Zealand Rugby. I find that difficult. The fact that he's going to coach the Barbarians; I think he had the opportunity to coach the All Blacks XV and he turned that down. We know exactly where Scott Robertson sits right now.

"His expectations are he wants to go to the next level. But they (NZR) have got a job to do. I think this puts New Zealand Rugby in a really difficult situation."

Wilson also predicted that Foster's job could become untenable if the All Blacks lost both tests in South Africa, but backed him to continue if the team won at least one.

"Where does Ian Foster sit right now? He knows he's got two test matches to deliver. He's not naive to the fact that they haven't performed the way they need to perform and the expectations of the All Blacks. They need to be better. I think if they split two and they get one [test] over there and they perform well, they'll give him (Foster) the opportunity to come up against, now think about this, Argentina who we can beat, Australia we've had their number.

"All of a sudden you go to the end of the year tour; I hear we're going to Japan. We could quite easily go through the rest of the season – we've got England, which will be a real challenge – then we can build some momentum. But the future is right in these two test matches. And if he lost both, it would be really hard, really difficult."

Fellow All Blacks great Mils Muliaina, Wilson's co-host on the show, said he understood why Robertson spoke about his coaching ambitions.

Asked if NZ Rugby will lose Robertson, Muliaina said: "I think they do because he's pledged the fact that he wants to be the All Blacks coach. He went after this job against Ian Foster. He's not a silly man. While everything is going on, I'd be chucking that out there too – and so he should be – because of what he's done with the Crusaders."

"Does this help the situation though doing that interview when the All Blacks are under all sorts of pressure? Does this conversation help New Zealand Rugby him coming out and saying this?" Wilson asked in reply.

"Absolutely not. Of course it doesn't," Muliaina said. "What it does is it makes New Zealand Rugby aware – well they are aware – and everyone else that he's on the market."

Muliaina said that it was NZ Rugby boss Mark Robinson that was putting more pressure on Foster.

"And for Robo (NZR boss Mark Robinson) to come out and say he's going to have another review? This is the leadership we're talking about. He doesn't need to put that much pressure – even more pressure – on his coach. He might as well just tell him, if you don't win two or you don't win one, you're gone. Then in that way you're giving Razor an answer as well, that if Fozzie doesn't get results in South Africa then you're going to be the next man on the job."

In an interview with Newstalk ZB's Jason Pine last week, Robinson stopped short of saying Foster was the right man to lead the All Blacks beyond the Springboks tests.

"As we've signalled he's certainly the person to lead the team to South Africa and we're making sure that we've got everything possible in the way of resourcing and support to make sure that's successful," Robinson said when asked if he maintains Foster is the right person to be All Blacks head coach. 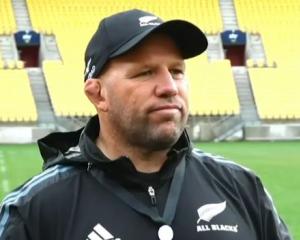 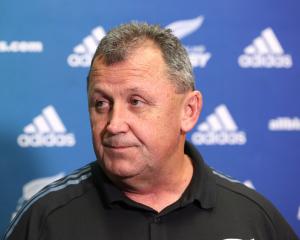