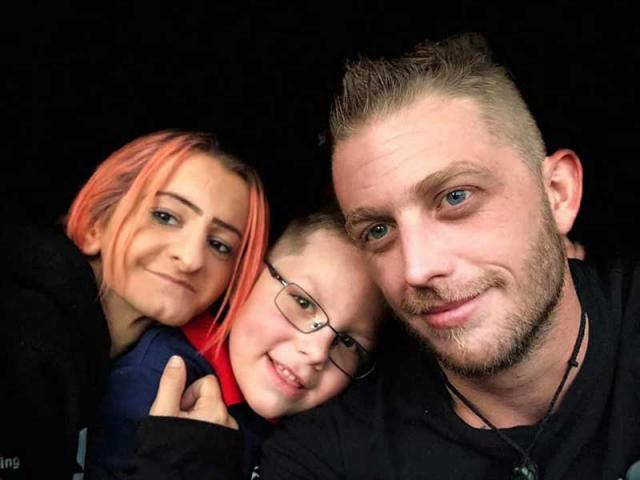 CARING: Robert Read with his partner Bree Shaw and son Slade Forward-Read.
A Christchurch man wants people to lift their spirits during the lockdown - Driveway Drinks.
Robert Read says people will need to take part in physically distant non-gathering to combat social isolation as the nation remains in lockdown.
But it doesn't mean people need to drink alcohol, he says.
He has created a Facebook event page called "Driveway Drinks" encouraging residents to sit out on their driveway, have a drink of their choice and socialise from a distance every Sunday at about 6pm.
Mr Read was inspired after he saw the idea circling the internet.
The most important thing for mental health during these difficult times is keeping communities connected and getting people to know who their neighbours are, he said.
"It is about making sure people have somewhere they can go – people they can talk to because to me that was the biggest thing that helped me when I was struggling – is knowing who I can't talk to and knowing there is somewhere I can go," Mr Read said.
Since recovering from his fourth attempt of suicide in 2013, Mr Read has set up his own Facebook page Suicide Awareness/Prevention, and is doing a lot of work to engage people about mental health with community events.
Mr Read wished to make clear Driveway Drinks was not encouraging people to drink alcohol, it was just a way to break the social isolation.
"From our point of view was to assist with mental health. The hard part about that is people are going to have what they are going to have but I would be encouraging people to have non-alcoholic drinks as we have out on the streets," he said.
The Canterbury District Health Board is sceptical of the initiative.
Medical Officer of Health Dr Ramon Pink said as much as possible people should limit their contact with others and stay at least two metres a part.
For more information on Driveway Drinks go to https://bit.ly/3drYDFk