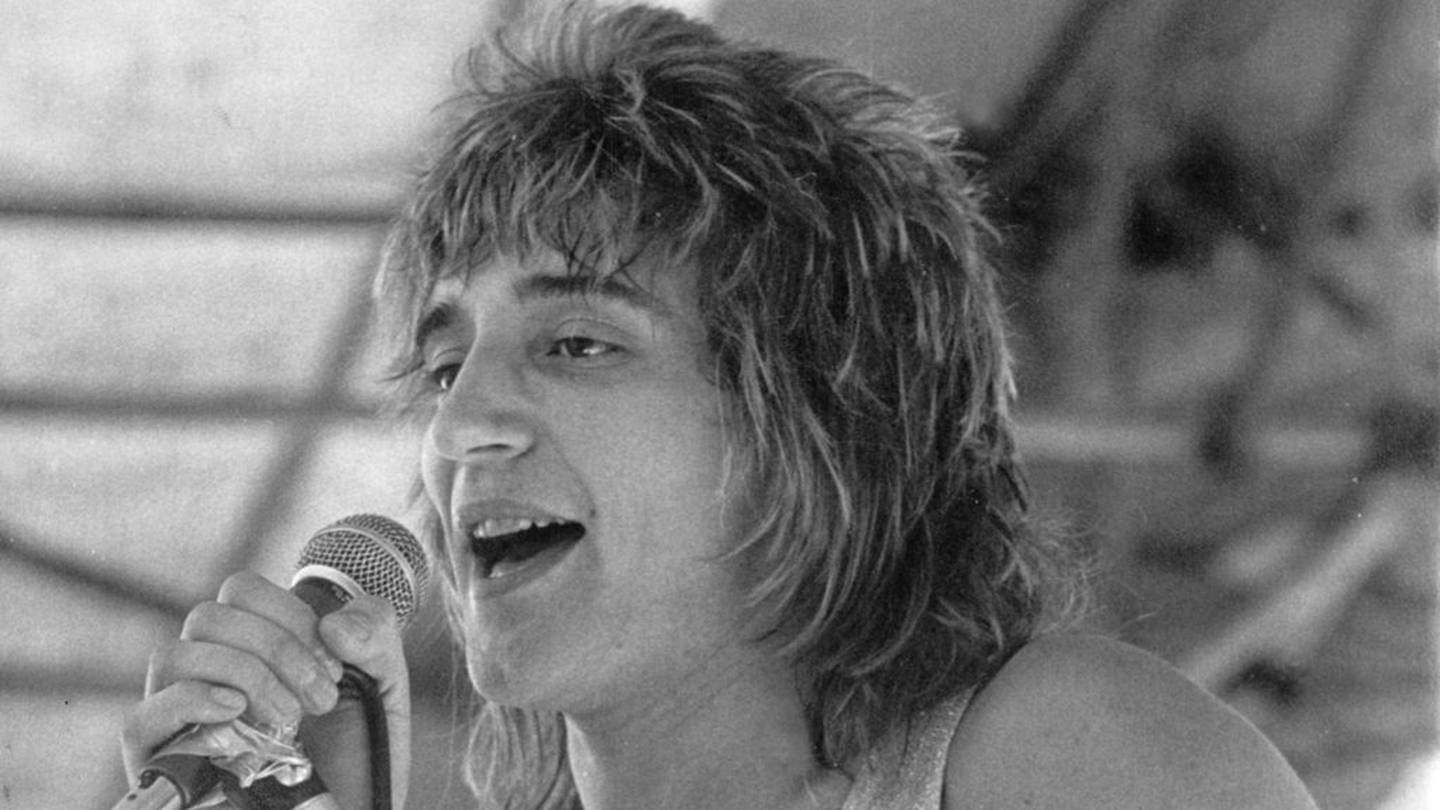 Rod Stewart pictured in the 1970s. Photo: File
In this extract from his new book, Australian rocker Jimmy Barnes tells about an eventful evening in Christchurch with Rod Stewart when Cold Chisel opened for him.

Rod Stewart was one of the singers I looked up to when I was a young fellow. Like me, he was from a working class background.

And like me he'd obviously grown up listening to soul and blues music. In fact, I don't think anyone in the world had listened to or been influenced more by Sam Cooke. But Rod hadn't stolen from Sam. He had listened and learned and then he had taken what he'd learned and applied it to what he was doing himself. In doing so, he became one of the best and most recognisable rock singers of a generation. In fact, if you look at his career as a whole, he, in turn, influenced singers all over the world. Including me.

In 1979, Cold Chisel toured with Rod. Now, Cold Chisel opened up for a lot of big acts around that time, and we gained a bit of a reputation for making it difficult for bands to follow us. We were never malicious about it, we were just competitive, and we wanted to make it as hard as we possibly could for any band that came on after us to go about their work. But when you're dealing with the cream of the crop – people like Rod, for instance – there is only so much you can do. No matter how well we played, or how outrageous we tried to be, Rod walked on stage afterwards and was still bigger than life. His band were great, his sound was great, his lights were great – he was just f*****g great at everything he was doing.

I did get the feeling, though, that he missed being the underdog every night, the one who had to rise to the challenge and try to outshine the headliner. Now he was established, with a huge career, he had it all to lose, and was under incredible pressure from his record company to hold on to his success. We, on the other hand, had nothing to lose and just wanted to rock. Rod had been the wild one, the one who did whatever he wanted, whenever he wanted. The bad boy. But now, every night, he had to play it safe, while bands like us opened for him. Bands that were still wild. Bands that were still bad. 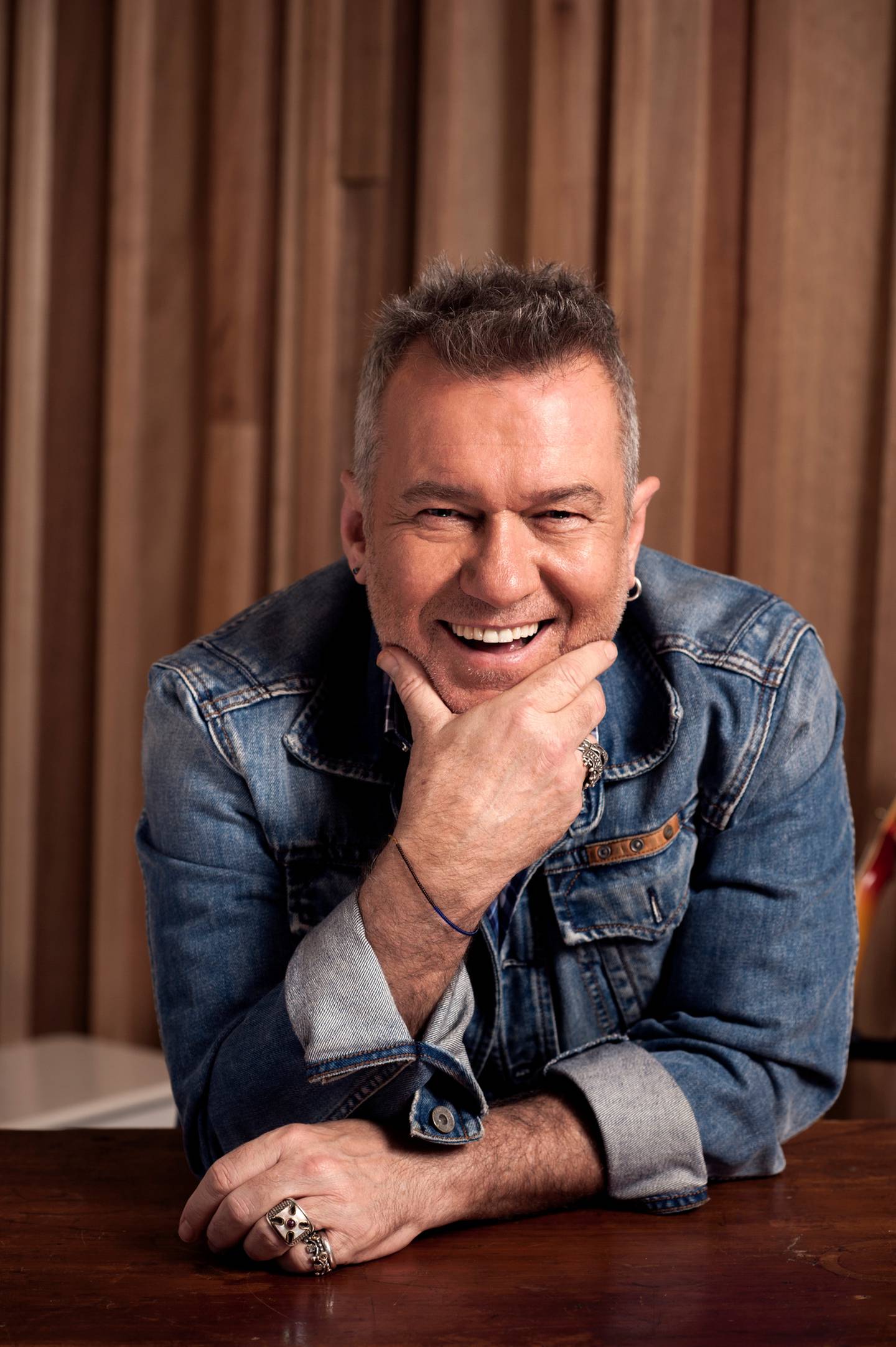 Australian singer Jimmy Barnes. Photo: Supplied
We chatted a few times and I could tell he was the real deal. He loved music and touring and all that came with it.

So we got on well. And he spoke positively about us if the press asked his opinion, although I don't think he was asked often. It wasn't long until we all started drinking down at the bar of whichever hotel we happened to be staying at. At first, it was just us and Rod's band, but gradually Rod turned up more and more. It was like he was going to show us young upstarts how a real rock band misbehaved.

One night he had his piano player accompany him in the mezzanine bar at a hotel in Christchurch. A scattering of tables and customers flanked a baby grand piano positioned close to the low rail around the mezzanine. After each song, Rod complained about the acoustics and suggested that his band move the piano over a little, or he would get on top of the piano to see if the music sounded any better up there. Song by song, the piano was shifted closer and closer to the rail.

You see, Rod could do this. He had enough money to throw the piano off the balcony. What did a baby grand cost?

Thirty or forty thousand dollars? Nothing if you are one of the biggest rock stars in the world. And he knew that this was something we could never do.

So he kept singing and the band kept moving the piano a little nearer to the edge. When they got there, they lifted the end of it on to the rail. That's when the hotel security started panicking, obviously alarmed about the potential damage to their establishment. But they had no effect on Rod. He just kept singing.

Then the police arrived. Rod was tipped off by someone and immediately rushed away to his suite. The rest of us had no idea what was happening until the police entered the foyer. By the time they reached the bar, the piano was balanced precariously on the mezzanine rail. As the police and hotel security wrestled it back from the brink, we all
made our escape. It seemed that Rod was still one of the lads. 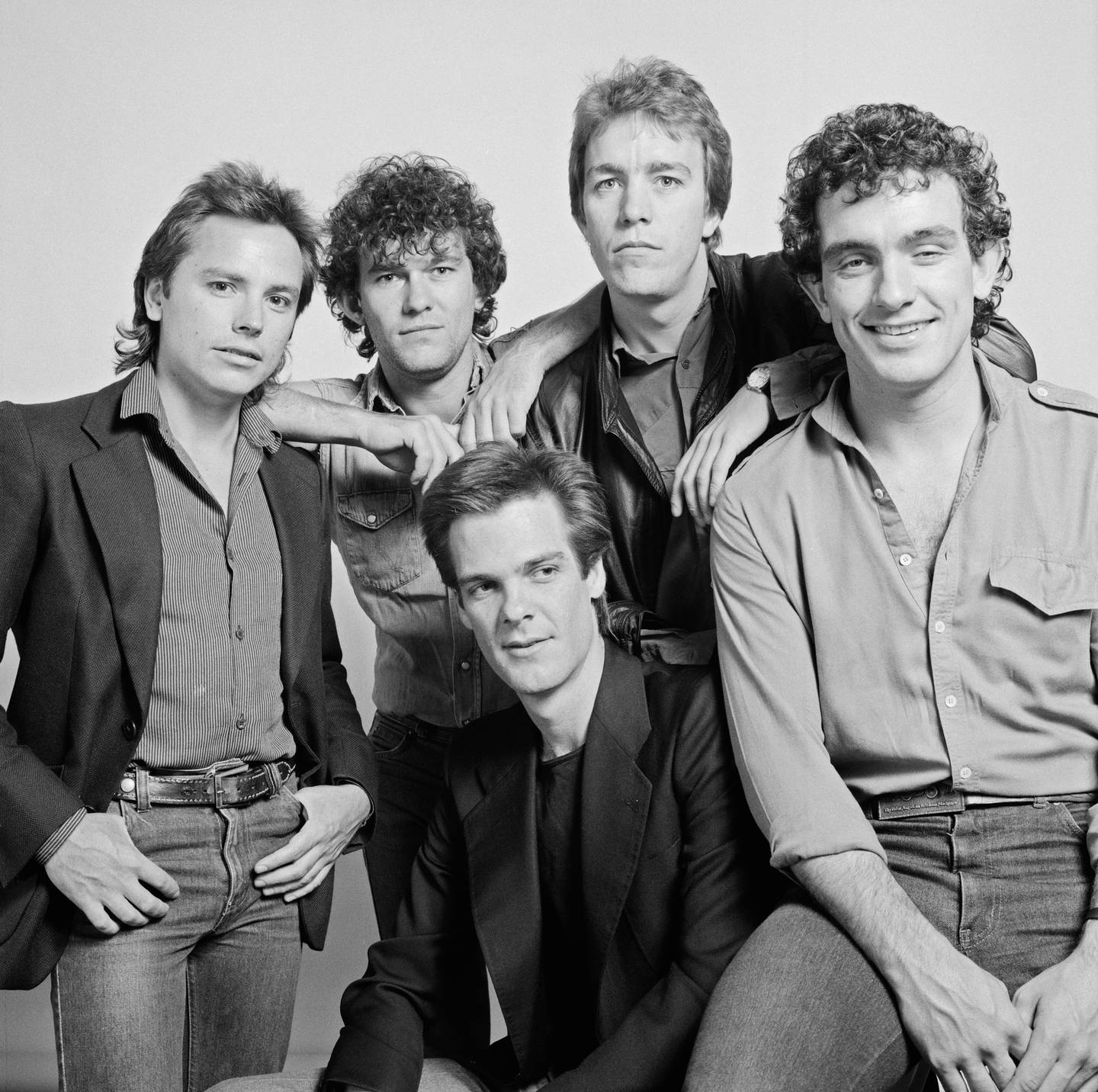 Australian rock group Cold Chisel in 1982. Clockwise, from left: bassist Phil Small, singer Jimmy Barnes, drummer Steve Prestwich, guitarist Ian Moss and keyboard player Don Walker. Photo: File
We reunited at another bar in the hotel, not far from the scene of the crime. Rod didn't appear for a while, but once the police had well and truly gone he sauntered in and sat next to me. We had a good laugh about what had just happened while enjoying a quiet drink. Just as Rod started telling me some stories about the good old days, up came a rather big, drunken guy who wanted to give Rod a hard time. It appeared he preferred Rod singing Maggie May rather than Do Ya Think I'm Sexy?, his recent hit.

Rod was polite. He obviously had to cope with people like this all the time. I, on the other hand, usually dealt with such intruders a little differently and was already positioning myself to smash the guy. Then, out of the blue, the guy grabbed Rod's shoulder and really started getting in his face.

So Rod leaned forward and headbutted the bloke, sending him flying to the floor and ending their meeting abruptly. He then turned back to me and continued with what he'd been saying, as if nothing had happened.

"Er, do you think you ought to get out of here?" I asked.

Rod just laughed and said, "Why? This guy won't start any more trouble."

"I'm not bothered about him,' I stressed. 'I'm more worried about the police coming back'."

"I'd better go. It's been good talking with you guys, though. Always good to slum it with the riff-raff."

And up he got and went to his suite.

I felt like I should have been taking notes. Rock Star Behaviour 101. Luckily I have a photographic memory.

Shame it's not developed.