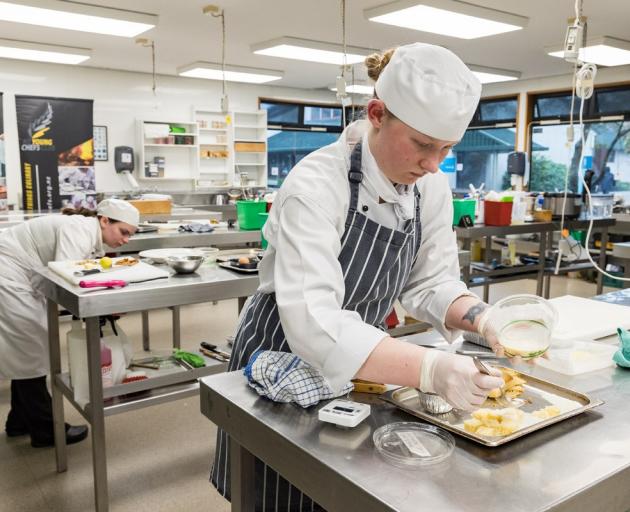 She said she was elated to win the overall gold medal, which earned her a trip to the grand-final.

Gabby will be one of 12 chefs from across Australia and New Zealand to battle it out in the kitchen at Fine Food Australia in September. The winner will be named golden chef of the year and take home a $10,000 cash prize.

Nestlé Professional communications and sustainability manager, Karlie Durrant, said: "The dishes of our 2022 line-up of chefs have their cooking rated by world-class judges.

"Whilst this can be challenging, being judged to globally recognised standards is the best way for young chefs to challenge themselves to create magic on a plate.

"Gabby really delivered on the day with a considered and well executed menu.

"The award is so much more than a competition. We’re thrilled to be back to chef-to-chef cook-offs all the way from regionals to the grand final for 2022.

"It will allow all competing chefs to make connections with their peers, network with key people in the industry and broaden their culinary horizons.

"We’re excited to see Gabby going forward to represent the South Island and can’t wait to see what she creates under the intense pressure and thrill of the grand finals."

As well as the $10,000 cash prize, two new $2500 culinary tuition prizes for best savoury dish and best dessert dish have been created. The prizes will recoginse the individual skill of the young chefs and contribute towards completion of their culinary tuition fees.