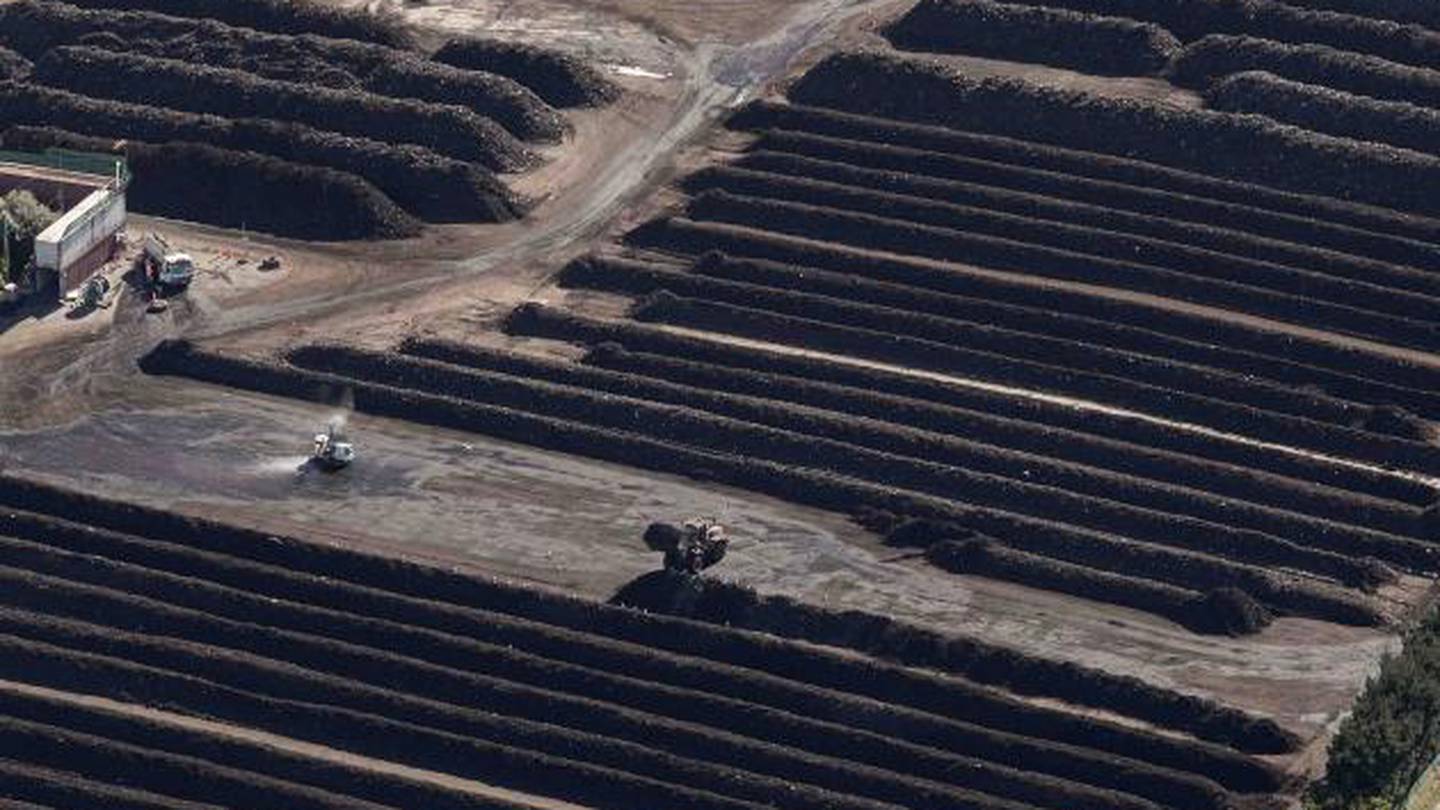 The Bromley plant is where the city's organic waste is processed and turned into compost. Photo: Newsline
Residents who live near a stinky organic composting plant in Christchurch are growing frustrated at the lack of action by the council.

The Living Earth Compost Plant in Bromley, which is owned by the Christchurch City Council, has been the subject of complaints for years.

Today the council's Three Waters Infrastructure and Environment Committee looked at options to mitigate the problem but adjourned after residents raised concerns about the lack of consultation.

A report prepared by council staff recommends upgrading the composting plant by reducing the amount of outdoor area where compost matures from 30,000 square metres to 2000 square metres and increasing the capacity of aeration of the compost at a cost of nearly $17.5 million.

Bruce King who lives near the plant told the committee he had been living with the smell for too long.

"It produces a vile odour on average three times a week, the black dust, mould and pathogens in the air are affecting everyone in the area.

"Until a new plant is built in a rural area, dairy and meat waste should be forbidden from inclusion in the green-bins and dumped."

Bruce King said he was happy the council had finally admitted the plant creates a pollution problem in the surrounding suburbs.

"My research shows that compost plants are major producers of greenhouse gases and as a result create an environmental and public safety hazard.

"Increasing the tunnel size and the time the compost is in the ovens will never be an appropriate solution to the odour," he said.

Another nearby resident, Geoffrey King, said the smell was sometimes so bad that he and his wife would sleep in their car down at the beach.

"We've had this odour for over 11 years, it is debilitating."

King said he had emailed, written and called multiple councillors to discuss the problem but had no response.

"Some of you have been around the council table for seven or eight years and have done nothing to help us, the odour is that bad that sometimes in the summer we sleep downstairs on the floor.

"We are always sweeping up the black dust and it's so bad that it sticks to newly painted roofs," he said.

Councillor Yani Johanson, who has led the charge for action, told the committee there had not been enough consultation with the community considering the plan was deemed of high significance in relation to the council's significance and engagement policy.

The committee deferred its decision until next month so the council can hold public meetings to inform residents of the different options.