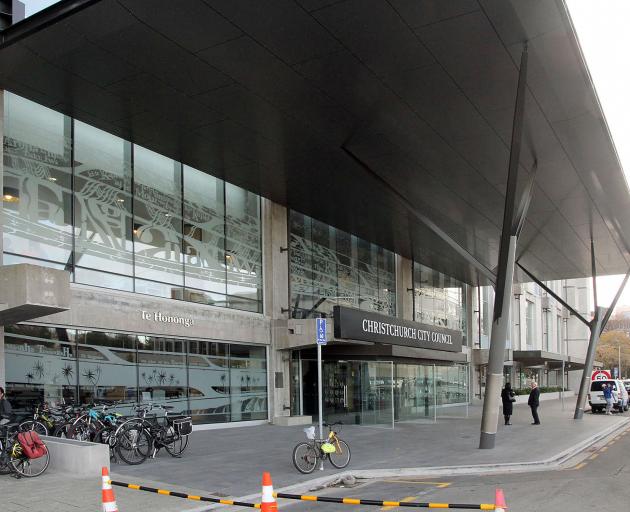 City council bosses have been slammed over the alleged "manipulating" of reports before releasing them to elected members and the public.

Chief Ombudsman Peter Boshier has identified "serious concerns" about the Christchurch City Council's leadership and its commitment to openness and transparency.

In a report that investigates how the city council responds to requests for official information he reveals city council staff raised concerns with him about the behaviour of "some members of the then executive leadership team".

This includes "alleged methods to control certain types of information in order to keep negative information about the council from the public and/or elected members."

"These methods allegedly included manipulating or removing information from reports, project reporting not occurring, staff being told not to record information or to keep information in draft form," he wrote in his report.

"This has caused a perception to develop among staff that some members of the executive leadership team wished to manipulate any messaging about the council that might be negative," he wrote.

City council were notified of the investigation on October 4 last year and surveys were given to city council staff, elected members, stakeholders and the public.

Ms Edwards chose not to reapply for the chief executive role after her five-year contract ended in June. Dawn Baxendale announced in July she was quitting as Birmingham City Council chief executive to take on the role.

Mr Boshier said he made a recommendation that he had not "done lightly".

"I have recommended the chief executive review the practice of the executive leadership team’s involvement in controlling the flow of information to elected members and the public to ensure an approach is adopted that is consistent with the purposes of the LGOIMA; in particular, openness and transparency," he wrote.

The city council said it has put in place a 39-step "improvement plan".

Mrs Baxendale said she will be driving a "culture change" within council.

"I totally accept the views of Chief Ombudsman. We must be open and transparent with our information.  We must respond to elected members and the public in an open and honest way," she said in a statement.

“Leaders at all levels of the council will  provide consistent and clear messages to staff about the vital role the timely and accurate release of information has in assisting people to understand how and why decision are made,” Mrs Baxendale said.

Among the city council's recommendations for change are to allow a clear process for staff to raise concerns "without fear of reprisal" and for the Mayor Lianne Dalziel's "advisor" not to be a participant in the weekly meeting where official information requests are discussed.

Ms Dalziel said she used to send the director of her office to the meetings, so she could be briefed on what was going on.

She said she has stopped doing this.

Former city councillor David East said he was not surprised by the Chief Ombudsman findings.

"I am not saying it is widespread but there are instances where I believe there have been some, I will say, inappropriate actions," he said.

When asked about the concerns raised by city council staff around various members of the executive leadership team manipulating or removing information from reports he responded: "I would think that there seems to be some substance to that."

"As a councillor that has tried to get that transparency for a number of years, I think there is a real case for change," he said.

"There have been a number of times where I have struggled to get answers to questions."

"How does this look from the public's point of view? The public had their confidence rattled since the earthquakes and the last thing we need is an Ombudsman report saying all of this. So the council needs to be able to come out and prove to the public that it is open and transparent," he said.

"We need to use this report as a vehicle to become an exemplar of openness and transparency and that is going to be the commitment going forward," she said.

"It is a report it looks backwards, we have a new chief executive, a new council and I'm looking forward and this provides us with a set of targets that we don't just want to meet but exceed."

City councillor Mike Davidson was confident the city council could turn things around.

"We should not look at this as a problem but more as an opportunity and change and create a culture and environment that is open and transparent," he said.

Mr Boshier said he has confidence the city council has put in the processes to "regain the trust" of staff, elected members and the public.

"It is clear to me that the leadership team is serious about ensuring the behaviours identified as part of this investigation will not be tolerated at the Christchurch City Council," he wrote.