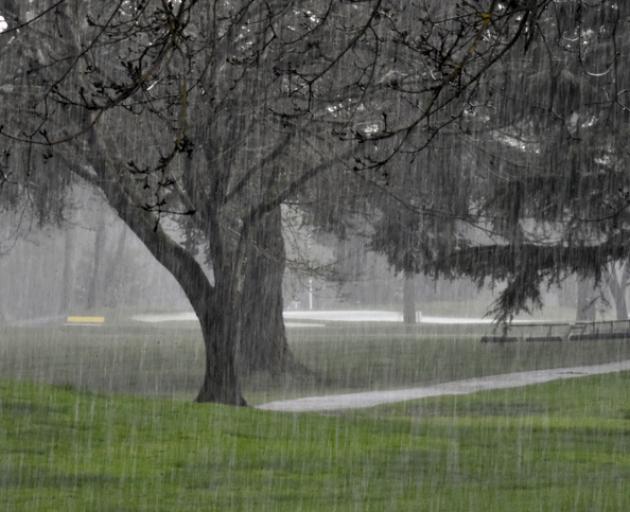 Photo: File
Heavy rain, strong winds and a bit of snow have battered the South Island on Tuesday morning, causing disruption on roads and damage to properties.

However, the MetService has down-scaled its snow predictions for the South Island's alpine passes.

Up to 12cm was expected to land on Canterbury's Porter's Pass but that failed to materialise.

That's been dropped to 1cm now with snow warnings lifted for Arthur's, Haast, Lindis passes and the Crown Range and Milford roads.

Waka Kotahi Journeys manager Tresca Forrester says the main concern is ice, as cold conditions continue over the next 24 hours.

Gale southerlies are expected to develop in eastern areas including Canterbury, with the strongest winds expected on the Kaikōura Coast and Wellington.

Meanwhile this morning a tree crashed into a kitchen in Cashmere.

Fire and Emergency say one crew was called out just after 5.30am to the property on Valley Rd.

A cold front moving up the country brings just the right ingredients for snow at some of the alpine passes.

Southwesterly winds are also forecast to be quite gusty for upper parts of the North Island overnight.

Officers used spades to redirect water away from the house after a small wall collapsed.

The crew was on site for 15 minutes and no one was injured in the incident.

Later on Tuesday morning efforts to free a person trapped in a vehicle after a crash were being impeded by fallen power lines.

FENZ said a car crashed into a power pole on State Highway 7 near Reefton at about 8.30am.

A spokesman said a person was trapped but firefighters were unable to initially free them. They had to wait for the power authority to arrive to "make the situation safe."

A St John spokesman said one person with serious injuries has been transported to Nelson Hospital by helicopter.

And a crash on Brougham St at the intersection of Strickland and Antigua Sts blocked the westbound lane for about an hour but it has since reopened.

Snow is falling heavily on Porter Heights with avalanche patrols testing ski runs this afternoon. Mount Hutt's also closed with 30cm of snow due to land this morning.

SH73 SPRINGFIELD TO CASTLE HILL, PORTERS PASS, CANTERBURY - SNOW WARNING - UPDATE: 6:30AM
The road is now OPEN to all vehicles. However, please continue to take extra care on this route. ^SM https://t.co/sbq4lrTmYL

Road disruptions
SH94 Te Anau to Milford was closed overnight due to snow but reopened at about 7.45am.

SH73 near Porters Pass was closed to towing vehicles and chains were essential but it has since reopened ao all vehicles. NZTA Waka Kotahi says motorists should still take care.

Motorists using SH1 Rangitata/Hinds are being warned to take extra care after reports of surface flooding in the area.

A strong wind warning is in place for SH7 Hanmer turnoff to Springs Junction.

"Extra care is required by those driving high-sided vehicles and motorcycles until conditions improve," an NZTA Waka Kotahi spokesperson said.

The Queenstown Lakes District Council is asking motorists to drive to the conditions this morning.

A spokesperson said snow has fallen on the Crown Range overnight and it is very icy. Chains are to be carried when driving on the road.

They said there has also been snow on the Lindis Pass, with more to come.

"The road is currently cleared and gritted. Please carry chains and know how to use them, if you're headed that way.

"For the rest of us, overall, mild temperatures this morning with wet roads in the Whakatipu basin. The temperatures are colder around Arthurs Point and Malaghans Rd.

In Wānaka, we have mild temperatures with wet roads." 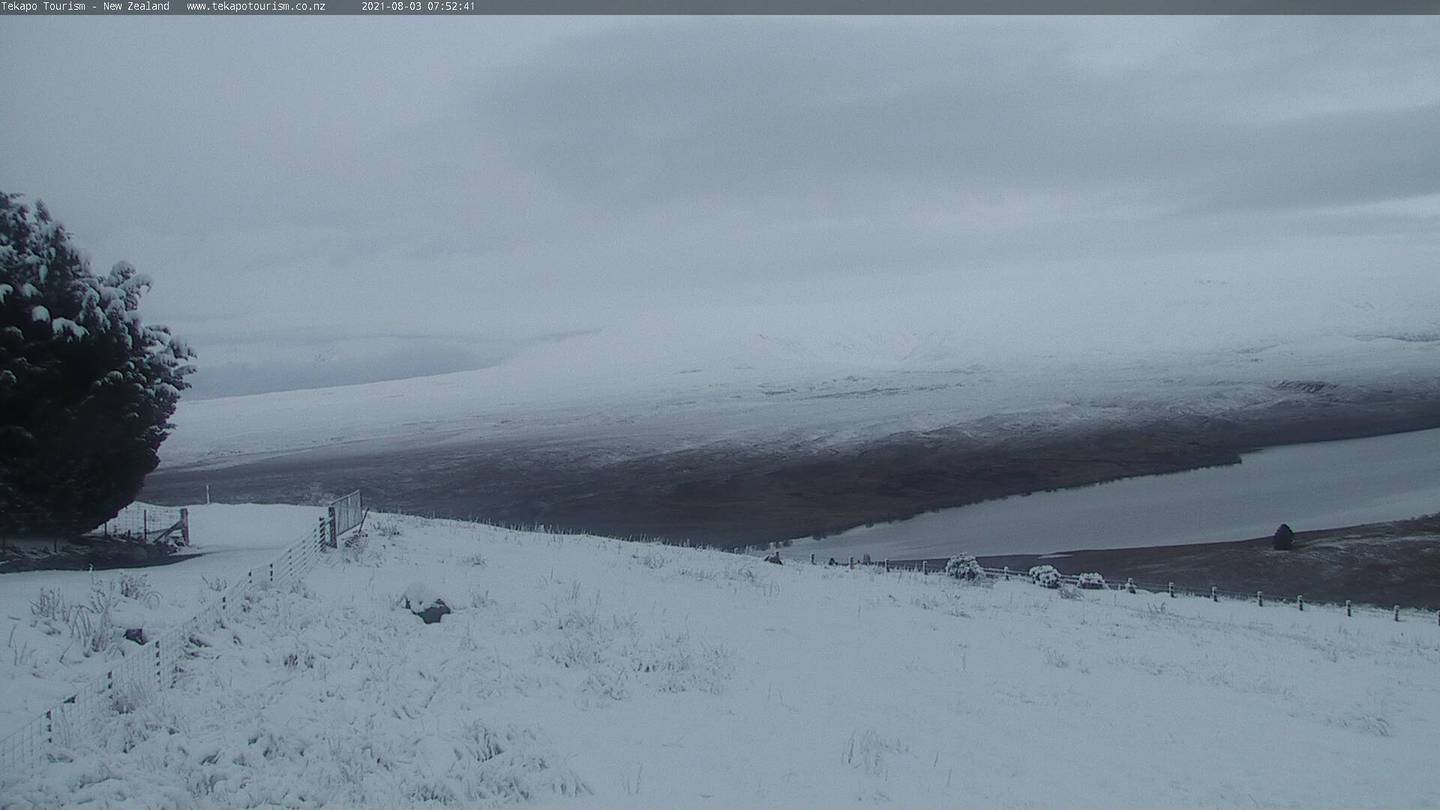 Tekapo at about 8am on Tuesday. Photo: Tekapo Tourism

About 64mm of rain has fallen on the Christchurch Akaroa Highway as well as 24mm in central Christchurch this morning.

The Christchurch Travel Information Team is warning motorists to take extra care, especially those on bikes or motorcycles "as some of the wind gusts we have been getting are very strong".

Surface flooding has caused a lane drop just before the Sockburn Overbridge and a spokesperson said there is a considerable tailback of traffic due to this.

"So road users should expect delays on this route until conditions improve."

The spokesperson said the storm has hit with a punch "with strong winds and driving rain being the dominant features this morning".