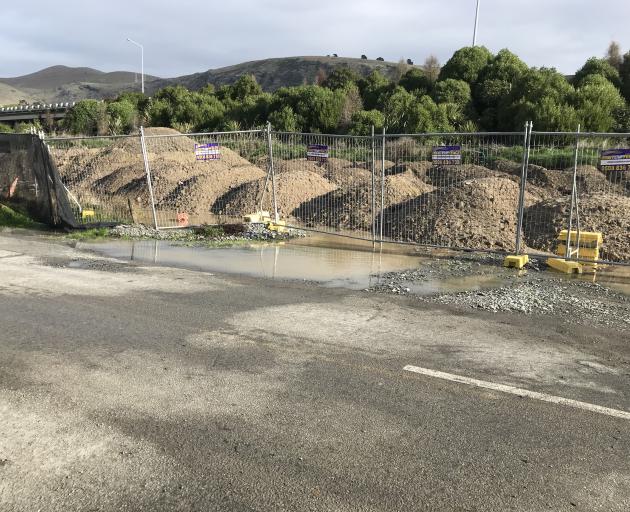 Victoria Foxton and Creag Foxton-McCulloch say people no longer walk along Scruttons Rd due to ongoing construction and damage caused by a city council project. Photo: Supplied
Heathcote Valley residents will have to wait until the weather gets warmer before a road badly damaged by a contentious pipeline project gets fixed.

Scruttons Rd has been badly chewed up while a $9 million pipeline goes in during phase four of the city council’s Lyttelton Harbour Wastewater Scheme, frustrating residents Creag Foxton-McCulloch and Victoria Foxton.

“We once had a quiet lovely piece of Christchurch where people came to walk every day. It is now just an appalling mess and breaks my heart as well as those people who enjoyed coming here. No-one bothers walking down any more,” Mr Foxton-McCulloch said.

It has now been 14 months since Heathcote Valley residents began experiencing the impacts the pipeline being installed outside their property and they say it has been “torturous” during that time.

They have previously complained to the city council about noise, dust, potholes, mud and ground-shaking, among other impacts. 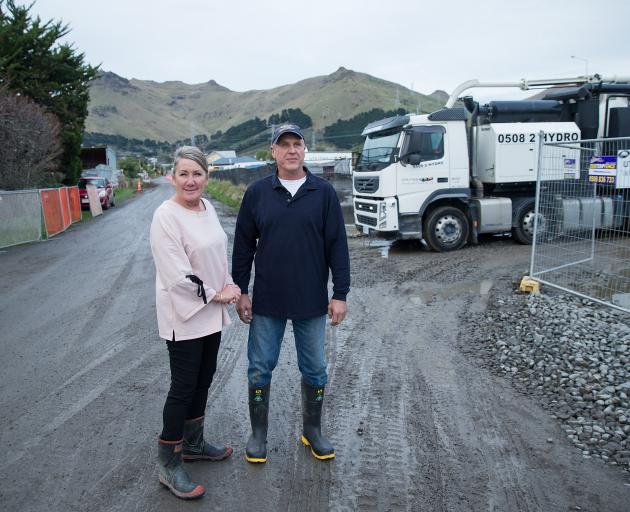 Victoria Foxton and Creag Foxton-McCulloch. Photo: Supplied
Mr Foxton-McCulloch and Ms Foxton say they were told before the project started they would only be inconvenienced for about six months.

Now they say the muddy, pothole-filled area outside their home is “downright depressing.”

The Christchurch City Council project team has worked with impacted residents over the course of the works to find solutions to these concerns.

City council head of three waters and waste Helen Beaumont said it is Fulton Hogan’s responsibility to maintain the site in a safe state and restore the site once the work is complete.

“As soon as the warmer weather and sunshine returns (our usual growing season) the contractor will be reinstating the land along Scruttons Rd and re-grassing the berms.”

Construction of the pipeline is almost complete, with “150m of pipeline remaining, plus the installation of two access chambers,” she said.

Mr Foxton-McCulloch said he and Ms Foxton will be meeting with city council staff to discuss the issues next week.

“We’re still in the tunnel and I don’t know if we can see a light. But once we get out of the tunnel we’ll have a look and see what they’re actually going to do.”

He said a previous attempt to re-grass berms and fix part of the road has been ineffective.

Mr Foxton-McCulloch said potholes filled with mud have also been attracting anti-social behaviour from people driving through them recklessly.