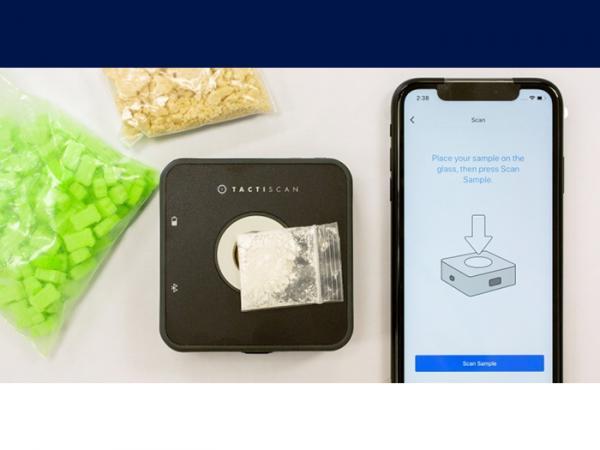 Frontline officers were given the power to carry out on-the-spot screening of suspected drugs as part of a six-month pilot of the Lumi Drug Scan handheld device.

The device, jointly developed by ESR and New Zealand Police, allowed police staff to test for the three most commonly found drugs – methamphetamine, MDMA and cocaine – and get almost instantaneous results sent to their iPhones.

The trial was carried out in Canterbury, Counties Manukau, Waitematā, Auckland and Central districts, and the majority of frontline officers who used one of the 25 devices said they had high confidence in the service. It ran between July 2020 and January 2021.

Police deployment and road policing assistant commissioner Bruce O'Brien said officers could test drugs through plastic so they did not even need to open packets and handle suspected drugs inside to identify what they were.

"Identifying the drugs supports officers to consider the best way to resolve the incident and ensure the person in possession of the drug is considered for a health-based resolution."

Officers also found it made it easier to make informed decisions more quickly without the need to take a person to the station, O'Brien said.

The devices were trialled at 481 different events and identified methamphetamine, MDMA or cocaine at more than half of them.

Methamphetamine was the most common drug type identified and made up a third of the total items scanned.

ESR's forensic research and development project manager Dion Sheppard said they were able to develop a unique service that combined forensic science expertise, frontline knowledge, and cutting-edge technology into a solution that worked in the real world.

Police are now considering the evaluation report, which found the device had promising results, before deciding the next move.