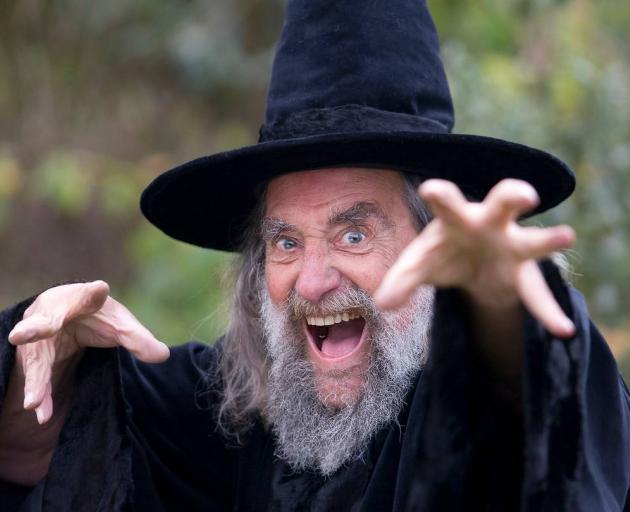 It was announced last week the council had decided it will no longer pay the 88-year-old wizard, who was well-known for preaching extravagantly in Christchurch's Cathedral Square, his annual $16,000 salary.

Council assistant chief executive Lynn McClelland said it was a difficult decision to end the contract.

She said the reason for the decision was because the promotional landscape in Ōtautahi Christchurch is changing.

"With new and different promotional programmes that will increasingly reflect our diverse communities and showcase a vibrant, diverse, modern city that is attractive to residents, domestic and international visitors, new businesses, and skilled migrant workers," she said.

The Wizard, who is known as Ian Brackenbury Channell but prefers the name Jack, told the Herald he plans to continue his position being the Wizard of New Zealand, despite not being paid.

"Why should I stop? They didn't start me in the first place, they didn't advertise for a wizard.

"It's my decision to be a wizard in the city. The fact that they've told me to go away is in fact a good way to make me even more popular. This is a perfect time for me, I'm very happy, this is wonderful." 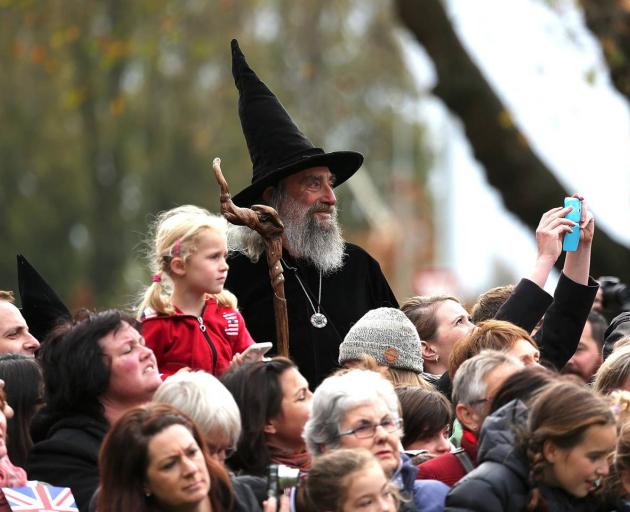 The council's contract with The Wizard was to provide acts of wizardry and other wizard-like services in the city. It had been in place since December 1998. Photo: Getty Images
He said he has never asked for payment and after 24 years of unpaid service, it was offered by the council in the form of an honorarium similar to those awarded to artists, writers and composers.

The council's contract with The Wizard was to provide acts of wizardry and other wizard-like services in the city. It had been in place since December 1998.

"The council is grateful for the valuable and special contribution The Wizard made to our city's cultural life, and he will forever be a part of our history," McClelland said.

International media, such as The Times in London, reported The Wizard's contract was cancelled because of comments he made about women on New Zealand Today, hosted by Guy Williams, in April.

"I love women, I forgive them all the time, I've never struck one yet. Never strike a woman because they bruise too easily is the first thing, and they'll tell the neighbours and their friends … and then you're in big trouble," he said on the show.

The council did not answer specific questions about this.

The Wizard said he thinks it's "maybe" the reason the contract was cancelled.

"The council is full of women in their 30s and 40s. When you go into the office there are all these dead-eyed women.

"I don't know any woman like this, everywhere else I go, they tease me, they make jokes, I make jokes back... they are very powerful and frightening people. Maybe they're doing it." 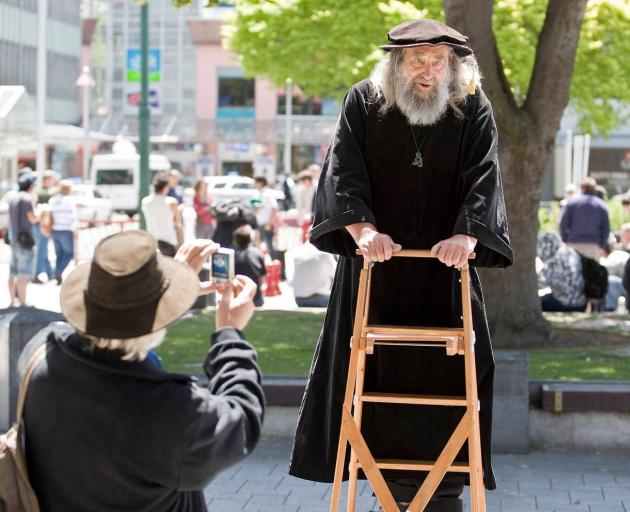 In 1982, the New Zealand Art Gallery Directors Association declared him a living work of art. Photo: NZPA / Martin Hunter
He said, if so, it was "very foolish" as they have no evidence he is sexist.

"This is a gift from heaven. For 20 years. The council has refused to admit I exist. They've got tourism authorities to say that I no longer exist, that I've left the city or retired. They will not even admit there is a wizard here because it upsets the bureaucrats so much.

"When they stopped my honorarium, it drew attention to me. They've put a spotlight on me, it was just what I wanted."

Jack has had a vast career and in 1990 Prime Minister Mike Moore invited him to become Wizard of New Zealand.

In 1982, the New Zealand Art Gallery Directors Association declared him a living work of art and in 1988 he performed a rain dance in the town of Waimate to break a drought.

He helped to promote local events and tourism and welcome dignitaries and delegations to the city. In 2009 he received the Queen's Service Medal. After the 2011 Canterbury earthquakes, he played a prominent role in the wave of protest that greeted the demolition of hundreds of heritage buildings.