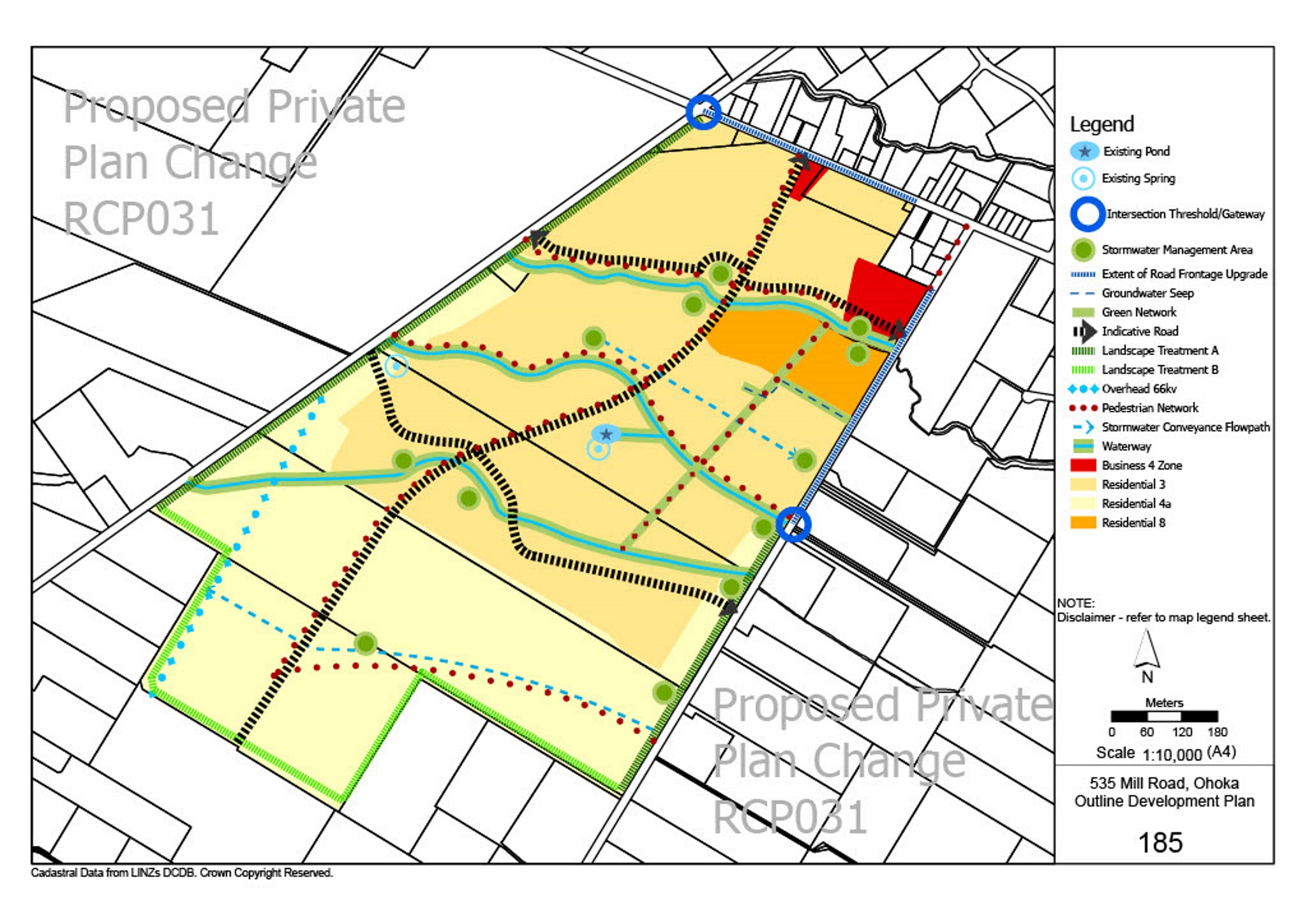 A subdivision in northeast Rangiora, Bellgrove, has been fast-tracked for development, while a private plan change request for a 155.9 hectare development at Ohoka has been notified.

A consenting panel supported by the Environmental Protection Authority has granted resource consents, subject to conditions, to Bellgrove Rangiora Ltd.

The Waimakariri District Council made an application to the Minister for the Environment in November last year to speed up the Bellgrove development, on the basis it would provide much needed housing and employment in the fast growing district.

The application was made under the Covid-19 Recovery Fast-track Consenting Act 2020, following public consultation and an agreement from the developer, Bellgrove Rangiora Ltd.

The proposed development is to the north of Kippenberger Ave and straddles the Cam River.

The site is one of the Future Development Areas identified in the Our Space 2018-2048: Greater Christchurch Settlement Pattern Update,
which was prepared in 2018.

It is proposed to subdivide a 20.8 hectare site initially and construct 209 sections, a neighbourhood commercial centre, open spaces, restore ecological areas and develop infrastructure including roads, parking and three-waters services.

The full development is over 63ha and could total as many as 1100 sections to be developed over five stages.

Meanwhile, the Waimakariri District Council has notified a private plan change request from Rolleston Industrial Developments Ltd for a proposed 850 house, 155.9 hectare subdivision between Whites and Bradleys Roads at Ohoka.

Mayor Dan Gordon said the proposed subdivision had not been ‘‘initiated’’ or ‘‘anticipated’’ by the council.

‘‘The council will be making its decision on whether to make a submission in the coming weeks and we will be appointing someone to offer independent advice.’’

Once staff have considered those submissions they will be notified, with a further 10 working days for feedback before hearings are held.

The council has opted to appoint a ‘‘friend of submitters’’ to assist residents in making a submission.

The proposed Ohoka subdivision was not identified for development in the Our Space document.

But the developer argued in the application that the proposal ‘‘is generally consistent with the objectives and policies of the National Policy Statement on Urban Development’’.

Greenfield areas were normally developed close to an existing town, where there was existing infrastructure, Mr Bacon said.

He said the plan change process will consider the provision of services as part of a merits based assessment.

‘‘Any new residential areas need to be fully serviced with water and waste water.

‘‘The general principal is the developer would pay for it and recover it through development contributions on the sections.’’

The proposed development also includes around 6000 square metres of commercial floor space and car parking, and there is provision for either a new school or a retirement village.