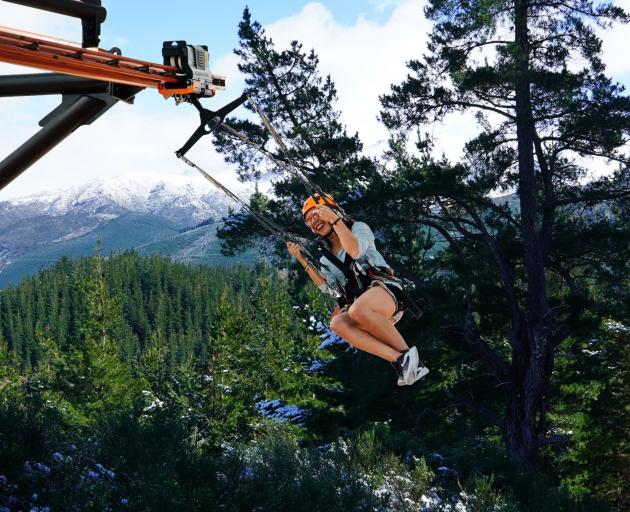 At an extraordinary council meeting last week, the Hurunui District Council - under delegation by the Minister of Conservation - greenlighted a consent for Hanmer Springs Thermal Pools and Spa to operate a "gravity-based recreation activity" at a nearby reserve in the resort town.

As part of the proposal, the council-owned pools were seeking to lease part of the Conical Hill Reserve for the flyride activity.

The consent was subject to an ongoing appeal period under the Resource Management Act.

The $2.2 million flyride proposal was being funded through the Government's provincial growth fund which council first applied for in 2019.

The plans had continued to cop flak from Hanmer Springs' locals.

The Friends of Conical Hill group lodged an appeal at the Environment Court on March 10, outlining several concerns around the proposal.

The group, made up of 15 concerned community members, believed the flyride proposal would have several negative environmental impacts, including a loss of historic heritage value at the reserve, effects on biodiversity and increased noise in the area.

A decision revealed last month by an independent commissioner, approved the consent following a two day hearing in October.

A total of 55 submissions were received during the application process, 39 of which were in opposition to the proposal.

Conical Hill Reserve is the proposed location for the $2 million flyride attraction. Photo: Supplied / Hurunui District Council
The commissioner said the majority of "actual and potential effects" on the environment associated with the proposed flyride would be minor and consent conditions would adequately address key concerns.

The Friends of Conical Hill, in its ongoing appeal, said the decision was flawed on the basis consent was granted without key biodiversity documents being made available to the commissioner.

The attraction is expected to create 23 new jobs and inject $4 million into the local economy in its first five years of operations.