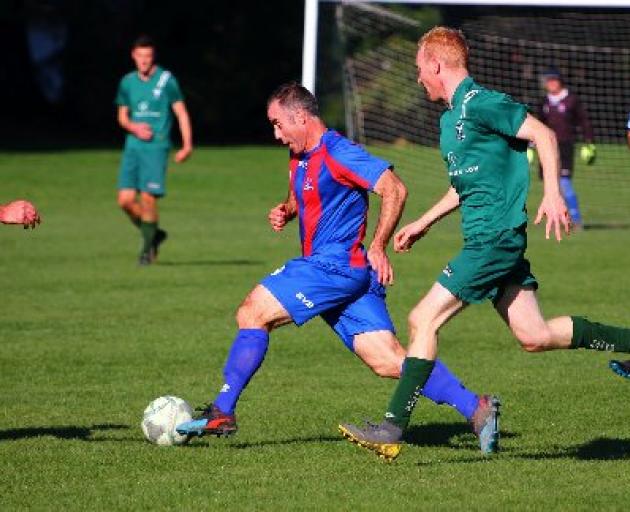 The final games of the season were played at the weekend, with the district’s top two senior men’s teams both in action in cup finals in Ashburton Domain.

The team, managed by goalkeeper Marty Fitzgerald, enjoyed a great campaign in the Mainland Senior Men’s Division 1 league, going toe for toe with Saturday’s opposition before taking the title on goal difference in the last game.

The team, which features a good mix of youth and experience, now needs to decide if it wants to step up a grade for a second consecutive season.

The second senior men’s team lost their cup final on Saturday 3-0, but also enjoyed a very good regular season, finishing top of the Division 5 competition after being promoted from Division 6 part way through the season.

Mid Canterbury United Football Club spokesman Roger Dakers said it had been “a very successful” season on the football front for the club.

There had been big increases in local numbers, with 24 teams involved in the four to eight years grade and 16 teams in junior competitions.

The 13th grade team had finished third in the Division 1 competition, but had won the cup competition.

The senior women’s team finished third in their Division 1 competition and the Masters team had dominated the Division 3 competition played in South Canterbury.

He brings with him valuable coaching experience and has already been involved in running the Football in Schools programme.

A new club website is being developed and footballers can also keep up to date with future events via the Mid Canterbury United Facebook page.