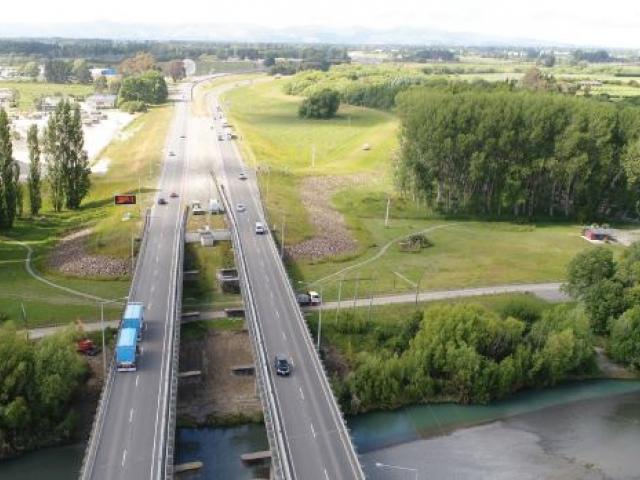 Direct commuter buses utilising a car pool lane from the Waimakariri have been proposed for when the Christchurch Northern Corridor opens mid next year.

But if implemented, it would require additional targeted public transport rates from those in the Waimakariri to pay for it.

Environment Canterbury, Waimakariri District Council and Waka Kotahi NZ Transport Agency said they are consulting with the Waimakariri community on the proposal, which would also see park and ride facilities in Rangiora and Kaiapoi.

The proposal is for buses to leave from Rangiora and Kaiapoi and arrive in the central city.

“To provide a direct commuter service from both Rangiora and Kaiapoi would require additional Waimakariri targeted public transport rates, beyond what is currently rated for. We need to know if the community supports the concept and agrees that partly funding the proposed service via rates is a good idea," said ECan senior manager public transport Stewart Gibbon.

Public transport is funded through a combination of central government grants, fares from users and ECan targeted local rates.

NZTA has agreed to cover its portion of the funding required and Waimakariri District Council has park and ride investigation work already budgeted. This leaves the portion required through Environment Canterbury rates now up for consultation.

Transport Agency director regional relationship Jim Harland said the completion of the northern corridor and the carpool lanes presented an opportunity to change habits early before predicted population growth led to even more vehicles being on the road.

“The proposed direct commuter bus service is a good new option for the Waimakariri community, and it will help reduce single occupancy traffic, meaning less congestion, reduced emissions and importantly, a stress-free journey for commuters," he said.

Waimakariri District Council will ensure park and ride facilities are available by the time the commuter service would begin.

Roading and transport manager Joanne McBride said, “These facilities will help enable the whole concept, so we want to know what locations in Rangiora and Kaiapoi people would be likely to use, and the facilities they would like to see there.”

Consultation is open until December 8.