‘A bit of a waste of money’: Division over community centre 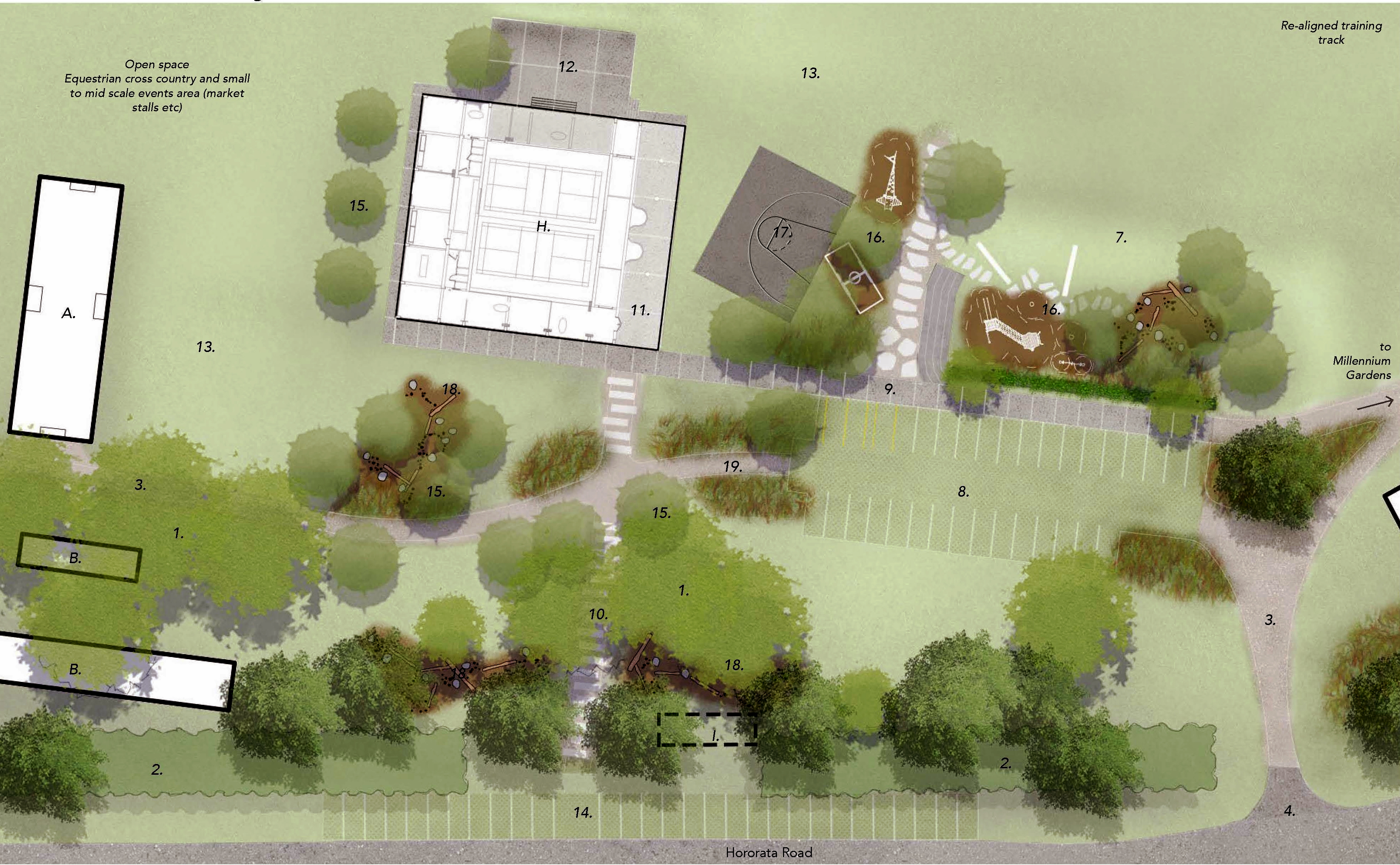 The Hororata Domain Master Plan with the proposed location of a new community centre which is marked as H. Image: Supplied
Hororata was badly affected by the September 4, 2010, earthquake and a community group is trying to revitalise the township, but not everyone agrees a new community centre is the right way forward. Devon Bolger reports.

District council staff are recommending a review be undertaken on the cost to upgrade the Hororata Hall following feedback on a proposal for a new $4.6 million community centre.

Group manager Douglas Marshall said they have reviewed the responses from public meetings held in Hororata in July as well as a number of comments received as part of consultation on the Hororata Reserve Master Plan.

“These comments indicated continued support among the community for the proposed new community centre, but also asked the council to take into account retaining the existing community hall due to its lower upgrade cost.”

Marshall said all plans for the facility will be reviewed and consulted on as part of the 2021-2031 Long-Term Plan.

The plans for the community centre appears to be dividing the township. 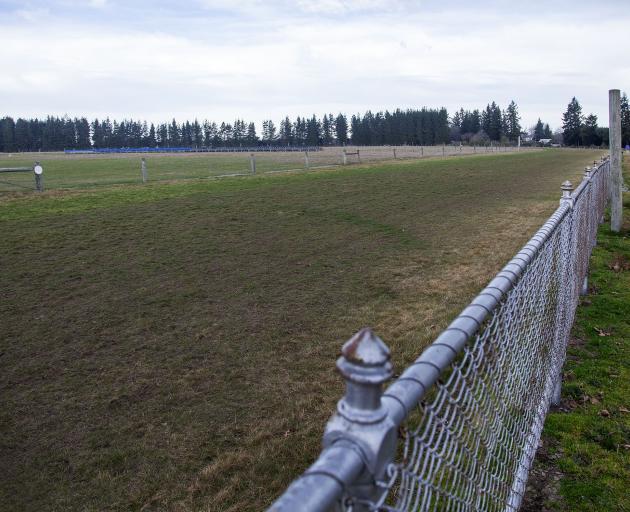 Many residents say it is unnecessary and there are fears it would reduce the size of the race track. Photo: Geoff Sloan
On one side of the fence are those who think the proposed $4.6 million facility will be under-used and a financial burden on the 1000 or so people who live in the Hororata area.

On the other side are those who say the community centre will help revitalise the area and attract people.

Hororata suffered badly in the September 4, 2010, earthquake. Its well-known pub, a favourite stopover for skiers on the way to Mt Hutt was destroyed, the historic church went and the area slumped.

Some people liked it that way; others saw the need to get the area back on its feet.

The Hororata Community Trust was set up in 2011 and has had outstanding success with the annual Highland Games, attracting a crowd of 10,000, and more recently the Night Glow hot ballooning – which draws in 14,000.

They have become an integral part of Hororata, self-funding and not a drain on the community. But many are worried the $4.6 million community centre will.

Go Hororata is behind the plan for the community centre.

The group is made up of representatives from the Hororata Reserve Committee, citizens committee, tennis club, Scouts, rifle club, play centre, Hororata Primary School, the Hororata Parish and Hororata Community Trust and three independent members elected at a public meeting.

But the plan for the new facility is a touchy subject.

Some people mistakenly think the cost of the community centre will fall directly on those who live in the area. But that is not the case.

The remaining $1 million will come from a district council loan paid back through rates across the Selwyn district.

A community meeting was held late last month to discuss the concerns of residents with about 60 people in attendance.

A ballot conducted at the meeting showed attendees are largely in opposition of the development.

The current hall needs modernising but is not expected to need any seismic strengthening if it is to be retained.

Malvern Ward councillor Bob Mugford said he is not convinced the results of the ballot accurately represent the views of the community.

“Honestly, I don’t know, it depends on who turns up on the night. There are more people opposed to it than I thought there would be.

“We had several earlier meetings and I honestly thought the whole community wanted this development.”

The district council has not yet started formal consultation on the plans for the community centre.

A possible site for the facility was merely included in the draft development plans for the Hororata Domain so it matches with what is in the Long-Term Plan.

But getting people to commit to what they think about the community centre is tricky.

“At this point in time I don’t want to put anything to press. That is probably the best way of putting it. There is a council process in place and at the time the results of that survey will be presented in the appropriate manner. “

So what are his views on the feeling of the community? Blackburn said he would not comment.

The start of consultation on the Hororata Domain draft master plan seems to have created a sense of fear and suspicion.

A resident representing 12 people in the Hororata area approached the Selwyn Times with concerns over the community centre.

All wanted to remain anonymous out of fear over backlash from people who want the community centre.

She said the concerns include wanting the current hall to be retained and not wanting an “eye sore” in the domain.

Another concern is the size of the racetrack would be reduced if the proposed site is chosen.

During a trip to Hororata to gauge the feelings of the community, it became clear the new community centre is a very contentious topic.

Resident David was filling his car up with petrol on the quiet Wednesday afternoon.

He said he was happy to talk but only wanted his first name used as he feared repercussions for sharing his opinion.

“I want the current hall upgraded. It [new community centre] is too expensive for the people here. There are only about 300 residents in Hororata. Why would you spend that money on a hall that won’t be used?

“It is better to be used on fixing the flooding out here or the hall we’ve got. You could spend maybe $1 million to upgrade the hall.”

Not everybody in the township is echoing opposition to the development.

A resident said they think the proposal for the new community centre is a good idea.

They asked to remain completely anonymous as they have only lived in the township for a short time and said it felt like they were one of the only people in favour of the project.

“It could bring more people and they have planned it to accommodate offices and open spaces for hundreds of people.

“I have only lived here a short time and didn’t even know we had a hall. It is a short term investment for a long term gain.”

Nicky answered her door with a suspicious look but when asked about her view on the community centre she did not hesitate to share.

“I don’t think that we need a great big hall for the size of the community. Who would use it? There are lots of other issues out here to be fixed.

“It’s a huge amount of money and it would leave the race track smaller. We moved here because of the wide-open spaces. I would definitely like to see our hall upgraded.’

When asked for her name and if a photo could be taken, Nicky recoiled providing only her first name and refusing the photo.

A number of residents spoken to by the Selwyn Times were on the fence about the proposal. 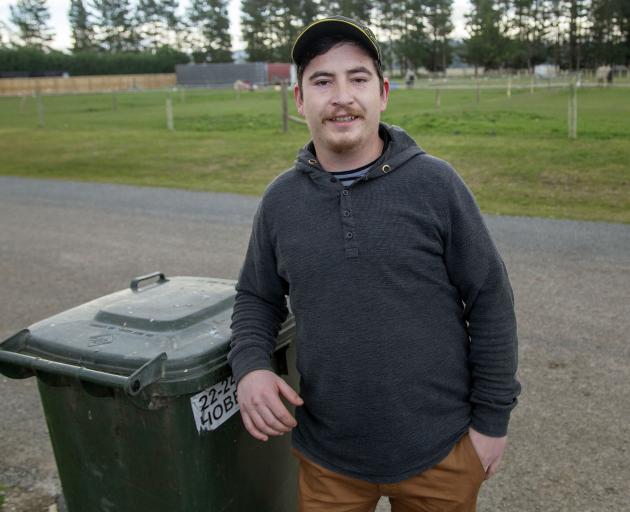 He said he was unsure how he felt about the project.

“It does sound like a lot of money to spend. It is a hard one, it all depends. You would be lucky to see one person around here on a Friday night.

“I mean a new community centre could be a good thing but also a bit of a waste of money.” 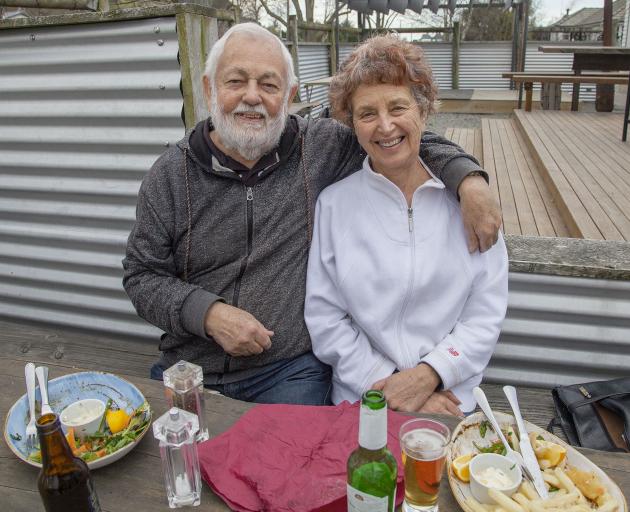 They both said they were on the fence about what they would like to see happen.

“The current hall has been there for a long time. I haven’t used it or had a need for it since about 30 years ago. The last time we were in the reserve was for the highland games.

“I know you need to upgrade these things but I think you should compare the populations and how each facility is used and consider it from there,” said Mrs Booker.

Following the visit to Hororata, Selwyn Times received a call from the resident representing the group of 12 who said more damage than good had been done by the visit to the township.