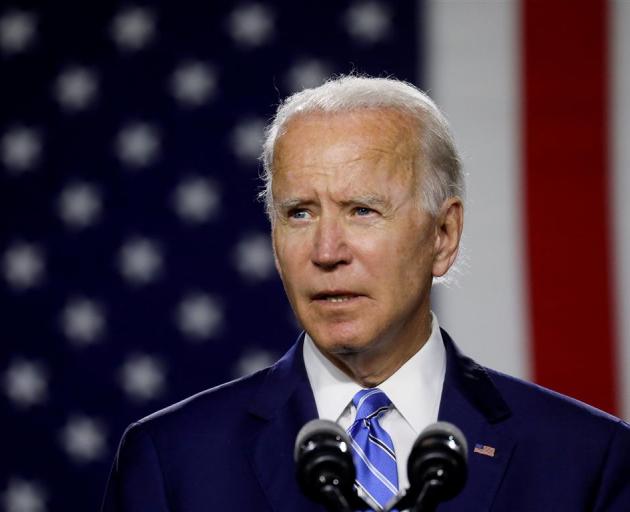 Trump, a Republican, has alleged widespread voter fraud in the November 3 election without providing evidence. Although he has not acknowledged Biden's victory, his announcement on Monday was the closest he has come to admitting defeat.

The General Services Administration, which is the federal agency that must sign off on presidential transitions, told Biden on Monday that he could formally begin the hand-over process.

GSA Administrator Emily Murphy said in a letter that Biden would now have access to resources that had been denied to him because of the legal challenges seeking to overturn his win.

That announcement came shortly after Michigan officials certified Biden as the victor in their state, making Trump's legal efforts to change the election outcome even more unlikely to succeed.

Trump and his advisers said he would continue to pursue legal avenues, but his tweet served as a sign that even the White House understood it was getting close to time to move on.

"Our case STRONGLY continues, we will keep up the good ... fight, and I believe we will prevail! Nevertheless, in the best interest of our Country, I am recommending that Emily and her team do what needs to be done with regard to initial protocols, and have told my team to do the same," Trump said in a tweet.

A Trump adviser painted the move as similar to both candidates getting briefed during the campaign, and said the President's tweet was not a concession.

A statement by the Biden transition said meetings would begin with federal officials on Washington's response to the coronavirus pandemic, along with discussions of national security issues.

The move by the GSA means Biden's team will now have federal funds and an official office to conduct his transition until he takes office on January 20. It also paves the way for Biden and Vice President-elect Kamala Harris to receive regular national security briefings that Trump also gets.

Earlier on Monday, Biden named the top members of his foreign policy team, tapping trusted aide Antony Blinken to head the State Department and former US senator, secretary of state and 2004 Democratic presidential nominee John Kerry to serve as his special climate envoy.

Lawmakers and business executives put pressure on the GSA, a little-known federal agency, to recognise the election results and free up millions of dollars in federal funds, office space and briefings for Biden's team.

The GSA had said Murphy, who was appointed to her job by Trump in 2017, would "ascertain" or formally approve, the transition when the winner was clear.

"Contrary to media reports and insinuations, my decision was not made out of fear or favouritism," Murphy said.

Trump has repeatedly falsely claimed he won the race and has spent weeks offering baseless claims of widespread voter fraud that have repeatedly failed to gain traction in the courts.

The Presidential Transition Act of 1963 provides no firm deadline for the GSA to act, but the agency has historically acted once media organisations call a winner, which happened on November 7.

Biden is due to take office on January 20 after having won the election with enough state-by-state electoral votes to secure the Electoral College win. The Democrat leads in the national popular vote by more than 6 million.

Trump's fellow Republicans have slowly broken from the President in recent days to urge the transition process to start.