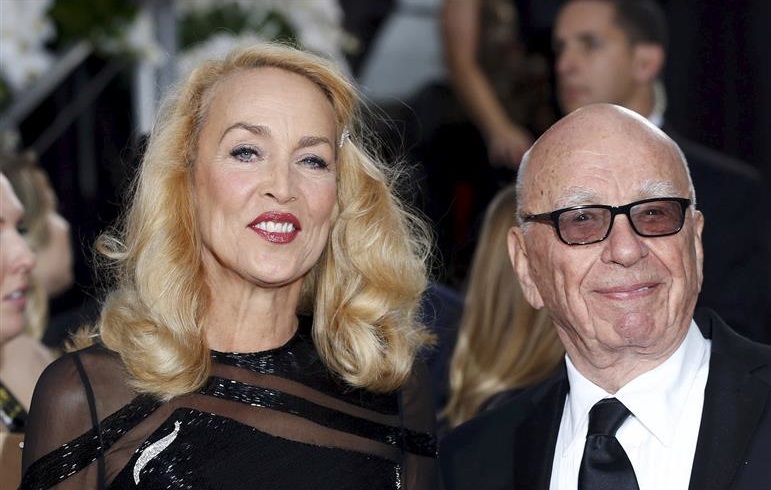 The 65-year-old model and actress filed a petition in Superior Court of California, citing "irreconcilable differences" as legal grounds for divorce.

In her petition, she also sought unspecified spousal support from 91-year-old media mogul Murdoch and wants him to pay for her attorney's fees.

She said in the petition she is "unaware of the full nature and extent of all (Murdoch's) assets and debts, and will amend this petition when the information has been ascertained."

Hall's attorney, Ronald Brot, did not immediately respond to Reuters request for a comment.

Murdoch and Hall married in a low-key ceremony in central London's Spencer House in March 2016. It was Murdoch's fourth marriage and Hall's second.

The Fox Corp FOXA.O chairman controls News Corp and Fox Corp through a Reno, Nevada-based family trust that holds roughly a 40% stake in voting shares of each company.

Murdoch previously was married to entrepreneur Wendi Deng, whom he divorced in 2014 after 14 years of marriage. They have two daughters.

He split from his second wife, Anna Murdoch Mann, a Scottish journalist with whom he had three children, in 1999. He and his first wife, Patricia Booker, a former flight attendant with whom he had a daughter, divorced in 1966.

Hall was a long-term partner to Rolling Stones frontman Mick Jagger and had four children with him.