Trump wears mask as he voices hope on vaccine 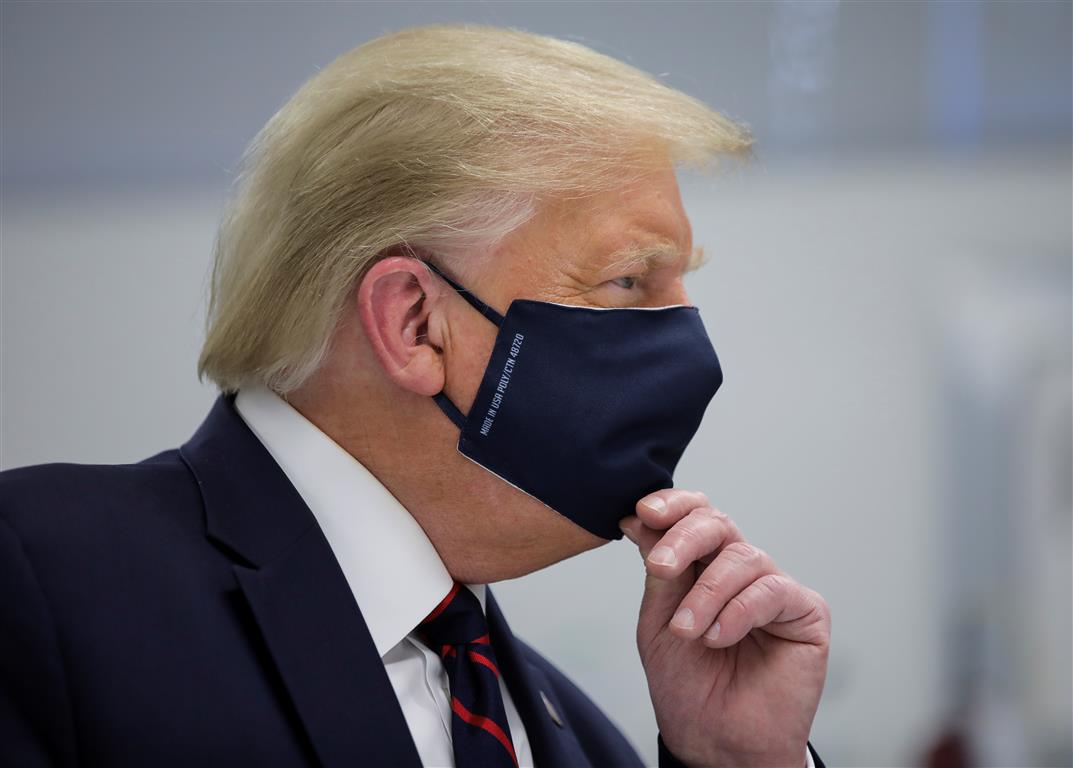 US President Donald Trump wears a protective face mask during a tour of the Fujifilm Diosynth Biotechnologies' Innovation Center in Morrrisville, North Carolina. Photo: Reuters
President Donald Trump wore a mask and talked up the possibility of a coronavirus vaccine by the end of the year as he looked to show voters in the battleground state of North Carolina that he is responding to the pandemic.

Trump, whose job approval ratings have dropped as many Americans believe he has handled the virus badly, sought for the second week to look in command after setting aside his hands-off approach.

"I trust all Americans to do the right thing but we strongly advise everyone to especially, especially focus on maintaining a social distance, maintain a rigorous hygiene, avoid crowded gatherings and indoor bars and wear masks when appropriate," Trump said.

The Republican president spoke during a visit to a Fujifilm plant in Morrisville, North Carolina, where work on a vaccine is being performed. During a tour of the facility, he wore a mask publicly for a second time, the first being on a trip to Walter Reed Medical Center near Washington earlier this month.

"I heard very positive things, but by the end of the year, we think we're in very good shape to be doing that," Trump said of a potential vaccine.

He expressed confidence in the economic recovery and said: "A lot of governors should be opening up states that they're not opening."

Infection rates have climbed since June in the United States, which leads the world in the total number of deaths and cases. National security adviser Robert O'Brien became the most senior official in Trump's inner circle to test positive for the coronavirus, the White House said on Monday.

Trump, who is seeking re-election on Nov. 3, has his work cut out for him in North Carolina, a state he won narrowly in 2016 and where he had originally hoped to accept his nomination for a second term.

Cooper's opposition prompted Trump to try to arrange a big event in Jacksonville, Florida, but that plan fell apart last week and now it is unclear where Trump will give his acceptance speech.

Republican delegates are still to meet in Charlotte in late August to conduct some convention business.