Cannabis referendum preliminary results out today: What to expect 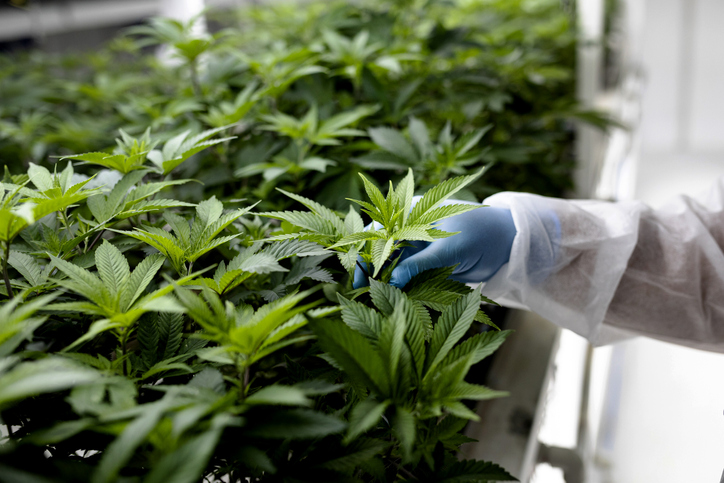 Photo: File
The provisional results of the recreational cannabis referendum from ordinary ballots - which make up the majority of votes - will be announced at 2pm today.

While polling showed the End of Life Choice Bill is likely to be accepted into law, the cannabis referendum is harder to pick.

About 480,000 special votes are yet to be tallied, so it could be a while before we know the complete result - especially if it's close.

People appeared to be on the fence when deciding on the cannabis referendum, with polling showing the yes vote anywhere from 35 to 50 per cent.

But with a wave of support for Labour and the Greens during the election, bucking trends on the same polls asking about cannabis, yes campaigners are hopeful for a victory.

Should the referendum pass, the Labour Party says it will introduce the Cannabis Legalisation and Control Bill to Parliament, sending it through the legal process.

Wellington lawyer Graeme Edgeler, who has a particular interest in electoral law, told First Up the cannabis referenda was non-binding, unlike the End of Life Choice Bill.

"I think everyone would have preferred that this was a binding referendum, it's just there wasn't enough votes in Parliament for one."

The cannabis draft bill had not gone through the ordinary process and same degree of scrutiny as the End of Life Choice Bill in Parliament prior to the elections, Edgeler said.

"That hasn't happened for the cannabis reform legislation, because you need a majority of Parliament to agree through all those steps, and I think the understanding was that New Zealand First didn't want to vote for cannabis legislation ... if there are enough votes that say yes [in the referendum] then [parliament] can do that after the election."

However, even binding referenda don't bind to parliament, he said, because it could always change its mind.

"I think it's possible there will be some moves in the area ... it's not decriminalisation or partial decriminalisation but we've had laws changing around medical marijuana, medical cannabis use. There are strong indications in the law now that the police should be very careful before prosecuting anyone for simple possession.

"I could imagine there could changes at the margins, but if it's a 'no', I would be surprised if the government had strong moves this term or perhaps even next term, but there's nothing to stop a Green MP putting up a member's bill to legalise or decriminalise."

What has changed since pre-election polls?
The yes vote campaigners are hoping that the big push to the left in the election leads to a tsunami of support for the referendum.

With Labour securing about half of the vote and the Green Party grabbing 7.5 per cent, these are the voters the polls expect to, in large part, support legalisation of cannabis.

Also the ACT Party stormed home with nearly eight per cent of the vote, and this is the kind of policy one can expect their MPs to get behind. After all, it was their youth wing that suggested all drugs should be legalised.

However, if the election polls are anything to go by, the numbers were a fair way off.

Where the polls leaned more conservative, the actual all important vote leaned the other way.

The yes campaigners are hoping that's the same when it comes to the cannabis referendum.

What happens after the preliminary results come out?
It's not until next Friday that the official result - with special votes counted - comes out.

But if the majority have voted in support of legalisation, then the whole legislative process will start to kick into gear.

However, the referendum on cannabis will not immediately make recreational weed legal.

The vote was for a proposed piece of legislation which was very much in draft format, and still needs to go through the full select committee and public consultation process. That could take many months, so weed wouldn't be legal for some time yet.

How would the party's vote?
National Party leader Judith Collins has made it pretty clear that the party is against it, and wouldn't have introduced the bill if it were elected into power.

While Labour leader Jacinda Ardern wouldn't and still hasn't revealed how she voted on the cannabis referendum, she did say if the people vote yes, the Labour Party will introduce the bill.

Asked if that means there would be a bulk, 64-seat vote in favour by the party, Labour says it would conscience vote and there would be no whipping of votes. So even if the draft bill was to go ahead, it would still have to go through that hurdle.

If the vote is yes, how would that affect policing?
Possession of cannabis has essentially been decriminalised, and police are supposed to refer people to health services for those low level offences, rather than to a jail cell.

Whether they'd stop policing cannabis offences entirely is unclear, but there could be some directives issued by the top police brass to ease off even further on issuing weed offences.