Police have confirmed they found several homemade explosive devices at a Hamilton shopping mall in an attempt to blow up an ATM machine.

"This appears to be a targeted attempt at damaging an ATM, located on the exterior wall of the shopping centre at its southern end," police said.

A cordon remains in place around the Chartwell Shopping Centre.

Residents living near the shopping centre say they were woken early this morning by an "explosion" to see two people running away from an ATM machine. 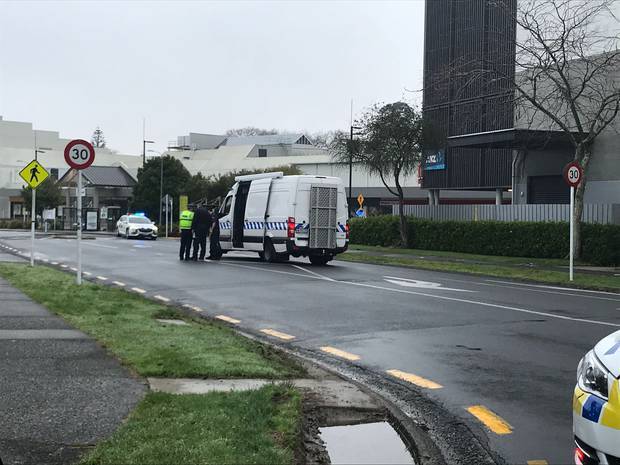 The bomb disposal unit has arrived at the scene. Photo / Belinda Feek

Comries Rd resident Yolanda Julius said both she and her husband were woken by a deep, loud "boom" about 2.45am today.

She said the noise was more like a boom than a bang as it was quite a deep sounding explosion.

Julius said she looked at her husband and said "what was that".

"We got out of bed because we thought it was an accident and saw two guys running away in the car park."

Julius said the two people, who she believed were young men, appeared to be running away from the ANZ ATM and towards Hukanui Rd.

She said the pair were dressed in all black and were conscious of keeping their heads down as they sprinted from the scene.

"They were really covering their heads and trying to run as fast as possible."

They both thought they were young by the way they were moving and their size; they didn't look like big men.

She said they didn't call police as there didn't appear to be any damage or fire or any vehicles waiting for them immediately at the scene.

The incident had left them startled.

"It was really scary."

They were woken again at 6.30am by police sirens arriving at the scene.

Fellow resident Kevin Dornauf said he was woken by a loud bang at 2.44am - the time on his clock.

He got up and went outside and didn't see anyone but did see a slight haze in the covered car park but thought it could have been the slightly misty morning weather.