Sex is for the sober, police say, ahead of universities' orientation week parties.

It is just one of the warnings to thousands of students taking part in O-week activities that range from campus tours to mardi gras.

There will be an increased police presence at some known student hotspots around New Zealand and police have produced a guide to staying safe.

Dunedin Crime prevention manager Senior Sergeant Craig Dinnissen told Checkpoint if your friends say you are "being a dick" then it is time for a glass of water.

"If what you're doing would get that frown from your mum or your dad or your grandparents going 'what the hell were you thinking?' -  that's not acceptable behaviour," Dunedin Police Senior Sergeant Craig Dinnissen told Checkpoint.

"Urinating on doorsteps, smashing property and that sort of stuff, that's a no-brainer, but the likes of abusing others, passers-by, pedestrians, definitely jumping on the back of an ambulance… that's idiotic."

He said he would not like to see O-Week gone. "It's a great social bonding for the students - a lot of these are freshers. So meeting new friends and getting new social networks is massively important for these students."

But drinking and drug use has caused some serious problems like injuries and sexual assaults, he said.

"You do get more reports of sexual assault because of substances taken, and levels of inhibition being reduced by levels of intoxication and misunderstandings.

"Consent – it has to be 'yes' and it has to be a sober 'yes'. If the other party is taking drugs or is intoxicated, don't even go there." 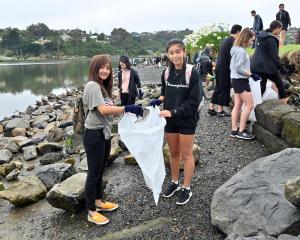