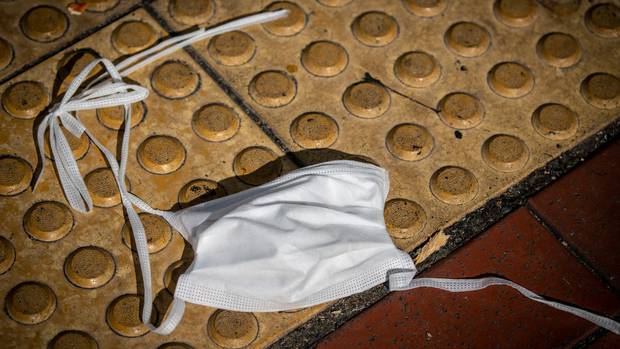 A finance company is believed to be at the centre of the latest outbreak that has put Auckland into lockdown. Photo: Michael Craig / NZH
One of the people who has tested positive for Covid-19 had been off work on sick leave for nine days.

The man, an employee at an Americold coolstore in Mt Wellington, is one of four people who tested positive on Tuesday.

Americold NZ Managing Director Richard Winnall told the Herald the company were notified an employee was suspected of having Covid-19 late yesterday and that the Mt Wellington branch needed to close for 48 hours.

"We have made contact with him. He is doing ok. He has been on sick leave for the last nine days."

He said the man's position at the company meant he didn't leave the office and he had not been in contact with employees at any of the three other local branches.

His 26 colleagues at the Mt Wellington branch are however being tested. They are undergoing "an anxious wait" and will be offered any support they need, including addition sick leave if required.

Winnall said the company was contacted by the Ministry of Health at about midday today asking them to also close a branch near Auckland Airport and have the 20 staff who work there tested as a precaution due to it's close proximity to the terminal.

It is not clear if the sick employee is the index case - the 50-year-old who was first identified in the family of four who have tested positive.

Auckland went into a level 3 lockdown today and the rest of the country moved to level 2 after the four positive tests yesterday.

At today's press conference this morning director general of health Dr Ashley Bloomfield said one of the four people was a woman in her 20s who had been in Rotorua on the weekend with two children. One of those children, a preschooler, has also tested positive.

He said surfaces the Mt Wellington coolstore were being tested to see whether freight or something else may have been the origin of the infection.

He also identified a finance company as a second business that is linked to the family.

The personal loan company issued an email to staff, seen by the Herald, telling them a case in the office has been confirmed.

All Auckland staff have been ordered to self-isolate. They will now undergo tests.

Bloomfield confirmed 130 people at the finance company officer were considered close contacts and three were symptomatic.

All would be followed up by public health officials and tested with the large scale operation being coordinated from the health ministry's national close contact service in Wellington.

Those leading the company were in top level crisis meetings this morning.

They have not responded to requests for confirmation that their company is affected in this latest wave of infection.

The email to finance staff says the outbreak has hit very close to home.

"With full transparency uppermost management has confirmed there has been a case in their office", the email read.

Staffed would be briefed of developments across the day.

In the meantime staff would work from home.

It has a loan store on Dominion Rd in Mt Eden.

The Herald understands Tower Insurance has also closed an office in Queen St following concerns there is a link to the family.

"We have been advised of a potential secondary connection to the COVID-19 cases, and as a precautionary measure have closed our physical office while we undertake a deep clean and await test results," said a spokesman.

"The health and safety of our people is our highest priority and last night we communicated to our teams who are now working and helping customers from their homes."

Health authorities say the cause of the transmission is a mystery at this stage.

Four members of one family have tested positive. Here's what we know about them:
-The index case - the first case that was identified in the family - was a man in his 50s who lives in South Auckland.
-The man was tested on Monday and again on Tuesday when he tested positive after being symptomatic for five days. He had not travelled and it is unknown where he picked up the virus.
-Three other members of his family also tested positive late on Tuesday.
-Two workplaces are linked to the family. One is a Finance Now where 130 people are being considered close contacts.
-The second workplace is Americold in Mt Wellington where one of the four family members works. He had been off sick for nine days. His 26 other colleagues are being tested. A second branch based near the airport has also been closed today and 20 staff there are also being tested.
-Three members of the family travelled to Rotorua on Saturday. Two of them, including a woman in her 20s and a preschooler, have tested positive.
-One of the four people visited Westview Medical Centre in Glen Eden where they were tested by a GP. The centre has now been closed for 48 hours.
-A child from the family attends Mt Albert Primary School which is now closed for 72 hours. The child is being tested but the results aren't yet known.