Firm admits telling worker to 'harden up', will appeal payout 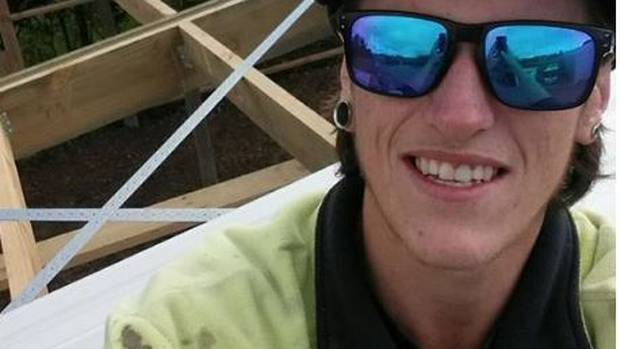 Roofer Jack Lane won his claim for unfair dismissal and has been awarded $20,000 by the Employment Relations Authority. Photo: Supplied
A roofing company has defended telling a sick worker to "harden up" and plans to appeal a decision ordering them to pay the former staffer $20,000.

The Employment Relations Authority has ruled that AB Roofing unjustifiably dismissed ex staffer Jack Lane, after telling him via text message to "harden up" when he sought sick leave in April 2017.

When Lane later tried to claim his final pay he received another text stating "u can f..k rite off mate".

Lane told the New Zealand Herald today he did not wish to comment as he already had "concerns around this issue so it being public just worsens the matter and repercussions".

The roofer has since left Palmerston North due to the impact of being fired and this month won his case for unfair dismissal. When he questioned the possibility of losing his job he received the "uncharitable" response of "don't bother turning up. Over you wasting my time".

Lane interpreted that text message as a dismissal.

The ERA decision said in its decision that even if that was not the case he did not return to work and his absence was not queried by the employer as a possible subsequent abandonment argument would require and as it was bound to do in any event.

Lane then questioned his boss about final pay four days later and was told by his boss "u can f..k rite off mate".

He didn't receive any final wages or holiday pay that was owed.

AB Roofing did not take part in the hearing and the authority said it failed to respond to letters sent on Lane's behalf and despite a promise of a statement in reply, none was received.

"It also failed to provide witness statements on a day it had agreed and ignored efforts to address this. AB then failed to attend the investigation without notice or explanation though that did raise the question of whether or not I proceed."

The ERA hearing proceeded regardless.

When contacted today, AB Roofing company director Aaron Billingham said he was unaware a payment had been ordered let alone one worth $20,000 replying "20k!" when told.

"I actually haven't been dealing with the matter, mate."

Billingham said they didn't attend the hearing "because it happened three years ago and we didn't hear anything back from them".

When asked if he was the one who told Lane to "harden up", Billingham said "well, what happened was, he didn't show up for four days".

He denied telling him to "harden up" on April 25, and claims the incident happened four days later.

When pressed further, Billingham said it wasn't him who told Lane to "harden up" but a "former employee".

"I never told him to harden up at all... it wasn't from me... was from a former employee."

He then referred the Herald to a company spokeswoman who said there had been a miscommunication between all the parties. They had questioned the date of the ERA hearing as they had mediation set down for later this month which they were planning to attend.

AB Roofing now plans to appeal the ERA's decision which ordered the company to pay $20,037.06 by October 30.

The figure included $3300 in unpaid wages, $12,000 compensation for humiliation, loss of dignity and injury to feelings while the remainder included outstanding holiday pay and court costs.