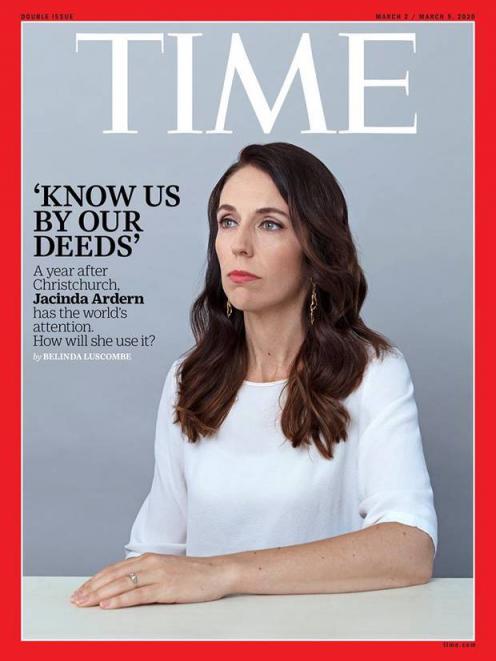 The magazine will be on shelves on March 2. Photo: TIME

Prime Minister Jacinda Ardern will appear on the front cover of the international edition of TIME magazine to mark the anniversary of the March 15 terror attacks.

The publication this morning (NZ time) released a teaser of the front cover, featuring a photo of Ardern next to the quote: "Know us by our deeds", along with the feature story.

"A year after Christchurch, Jacinda Ardern has the world's attention. How will she use it?" the subheading reads.

It has been almost a year since a gunman stormed two mosques in the South Island city where 51 people were killed.

The cover story is a wide-ranging look at the aftermath of the attack, what changed and what is still to come.

It also touches on her Government's politics and some of its failures, including KiwiBuild.

But the focus of the piece is squarely on Ardern and March 15.

In the story, the author - Belinda Luscombe - describes Ardern's response to the attacks as "revolutionary management".

"Her gender and youth (she's 39) were always going to make her stand out in a field dominated mainly by old gray men. Those attributes, however, are just the wrapping," the article said.

"Ardern's real gift is her ability to articulate a form of leadership that embodies strength and sanity, while also pushing an agenda of compassion and community or, as she would put it, 'pragmatic idealism'."

In the piece, Ardern details her thoughts and actions in the immediate aftermath. She opened up about one of the hardest parts of the tragedy: the victim identification process.

According to Islamic tradition, a burial needs to occur within 24 hours of death. But Ardern noted this clashed with crime-scene protocols.

"I felt that pressure every single hour that we still had those loved ones' bodies in the state's care." 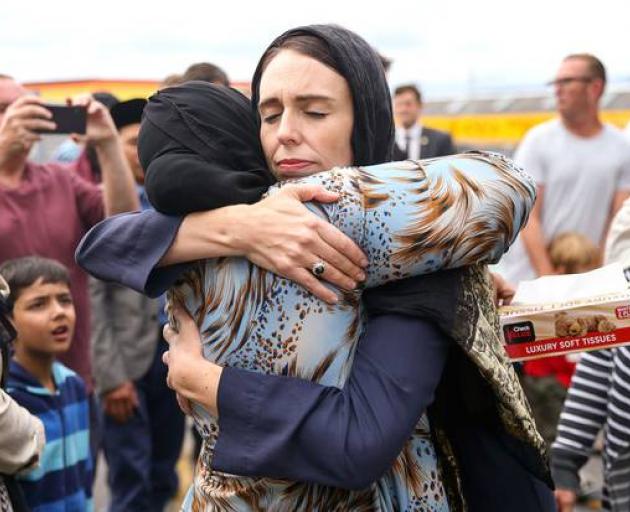 Jacinda Ardern consoles a woman at the Kilbirnie Mosque in Wellington on March 17. Photo: via NZ Herald
New Zealand actor Sam Neil is also quoted in the feature.

"Wherever I go, people say: 'You think we could have Jacinda this week? Could we just borrow her for a while?'"

The piece also touches on what Ardern will do when she's no longer Prime Minister.

She said she has "absolutely zero plan B".

"But actually that's not new," she adds. "That's always been my way of being. It's probably how I've ended up in politics."

The magazine will be on the shelves on March 2. As it's a double edition, it covers two weeks and will remain on display until March 16.

The interview was conducted in the Prime Minister's office earlier this month.