0 Comments
Greg McLeod is surprised when he finds envelopes in his mailbox these days.

Lately, the Broad Bay School principal has been receiving large packages full of plastic bread bag tags, from across Otago and Southland.

But he is not complaining. They were more welcome than bills, he said.

As part of Bread Tags for Wheelchairs New Zealand, pupils at Broad Bay school are collecting bread bag tags and are about to send them to Canterbury recycler Objet D'Fox, which is turning them into useful objects like seedling trays, earrings and key rings.

The products are then sold, and 50% of the profits are sent to South Africa to buy wheelchairs for disabled people who are in need.

After many inquiries from New Zealanders about supporting the project, a New Zealand branch was opened last year and Broad Bay School is among many schools, workplaces, churches, sports groups and cafes across the country that started collecting tags for the project last year. 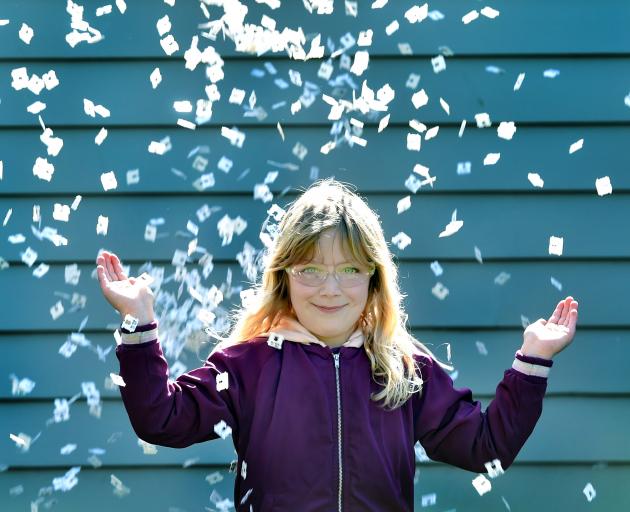 Broad Bay School pupil Aibhilinn Woodman-Shinnors (7) with some of the 10,000 bread bag tags the school has collected over the past year. PHOTO: PETER MCINTOSH

Mr McLeod said his school was an Enviroschool and the pupils wanted to do something that would make a difference in the world.

"And that starts with small things like these plastic tags that we don't really think of, and people aren't recycling them. They just go into landfill.

Mr MacLeod said the pupils had now collected more than 10,000 tags and were about to send them off to the recyclers.

He said pupils were greatly concerned about the amount of plastics in the oceans and climate change, and the Bread Tags for Wheelchairs project was giving them "a bit of hope".

"Our idea is that if we educate the community, then, hopefully, we can change the hearts and minds of people to do something and not feel helpless."