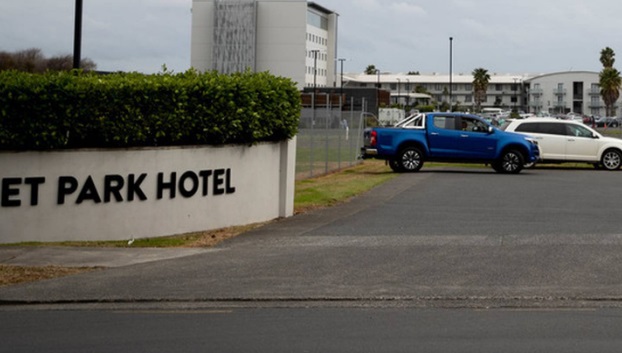 The Ministry of Health says because the person works at the facility and is not a returnee they are considered a community case.

The case was reported to the ministry this afternoon.

The person has been tested regularly as part of the routine testing for staff in the facility, most recently being swabbed on November 3 and returning a negative test on November 4.

The staff member developed symptoms yesterday and was tested again. That test has returned a positive result, the ministry said.

People in contact with the worker are being traced, isolated and tested.

Two businesses have been contacted by Auckland Regional Public Health Service and notified that the worker visited their premises during their infectious period.

A push notification has been sent via the NZ Covid Tracer to everyone who scanned in to these businesses around the relevant time.

The ministry said in a statement that managed isolation workers were regularly tested.

As in other recent cases this worker quickly got tested as soon as they became aware of symptoms. The early identification of cases along with rapid contact tracing assists in stopping any spread of the virus.

Auckland's Mezze Bar and a Queen St bottle shop were the two businesses the man visited when he was infected.

Anyone at the Mezze Bar between 11am and 1pm on Thursday is considered a casual contact. They should watch for symptoms, and get tested if they feel unwell, ARPHS said.

A spokesperson from ARPHS said the person dined alone, and no close contacts have been identified at the restaurant.

The case also went to a bottle shop Liquor.Com on Queen St on Thursday for 15 minutes around 1.30pm.

Any people who visited around this time between 1pm and 2pm were also casual contacts and should watch for symptoms, the spokesperson said.

"The case's close contacts at home and at work have been identified and are all self-isolating and are in the process of getting tested."

Mezze Bar owner Sally Hindmarsh said she was contacted by health officials just before 7pm with the news.

"First of all I actually thought it was a crank call so I rang them back and got them to email me."

Once she realised it wasn't a prank, her reaction was one of dismay.

Hindmarsh said she there were people at about six tables so she immediately told them there had been a person at the bar the day before who has since tested positive. She then closed the tapas bar and said she would spend the rest of the evening carrying out a deep clean.

"We are being very, very vigilant with our cleaning process and it's all going to be good to go tomorrow."

She said it wasn't very busy during the time the person visited yesterday and the advice to anyone who was there, including six staff members, was to get tested if they were worried or started to show any symptoms.

The ARPHS spokeswoman said people who scanned the NZ Covid-19 Tracer app at the Mezze Bar or Liquor.Com during these times should receive a notification, confirming they were there around the same time as the case.

Patrons and staff should look out for symptoms of the virus over the next 14 days. If they develop symptoms they should ring Healthline on 0800 358 5453 or their GP and be tested.

The symptoms of Covid-19 are a new or worsening cough, sore throat, runny nose, loss of sense or smell, or fever.