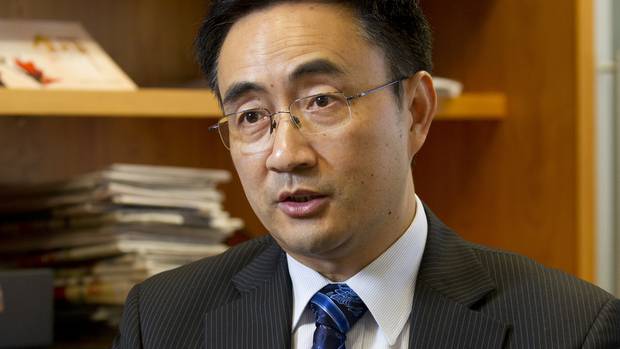 The secretive Dr Yang has been an MP since 2011 without holding ministerial office, and has not given an English-language interview in this term of parliament.

In 2017, Dr Yang was outed as a former member of Chinese military intelligence agencies and the Communist Party of China, the country's autocratic governing party, prior to his arrival in New Zealand in the 1990s.

Then, Dr Yang admitted he taught Chinese spies, while denying he had ever acted as one.

And this week, TV1 returned the political spotlight on Dr Yang, detailing two years of unsuccessful interview attempts to question the MP.

"How can you get away with this stuff? It's unbelievable," he said.

"When it comes to our closest allies in the Five Eyes (intelligence-sharing agreement between USA, Canada, UK, Australia and NZ), it's a source of bewilderment"

Dr Yang has been supported by ex-PMs John Key and Bill English, ex-opposition leader Mr Bridges, and now Mr Muller, who promoted him up the party rankings in his new opposition line-up.

On Tuesday, Mr Peters, also New Zealand's foreign minister, exploded after being asked whether Dr Yang was suitable for parliament and should give answer questions of his past allegiances.

"It is just incredible in the extreme that that could be happening in our country."

"He's a good list MP and represents Auckland and the Chinese community, both in Auckland and New Zealanders, very, very well," he said.

Prime Minister Jacinda Ardern is steering clear of the controversy, saying "issues of membership of other political parties (are) ultimately for the leader of those parties".

Intelligence Minister Andrew Little said he wasn't able to discuss whether fellow Five Eyes members had raised Dr Yang with NZ, but did say he should be accountable to Kiwis and media.

"MPs are public officials. They are accountable to the public and should be giving interviews."

Dr Yiang continued his long-term trend of ducking questions on Tuesday, dashing past journalists on his way into National's weekly caucus meeting.