About 20 protesters gathered outside Dunedin District Court this afternoon ahead of Reginald Robert Ozanne being sentenced for the brutal slaying of a miniature horse.

Ahead of his sentencing today about 20 people gathered outside the court, holding banners with words including: "Justice for Star", "RIP Star" and "Maximum Sentence Please!".

Others were holding images of Star. 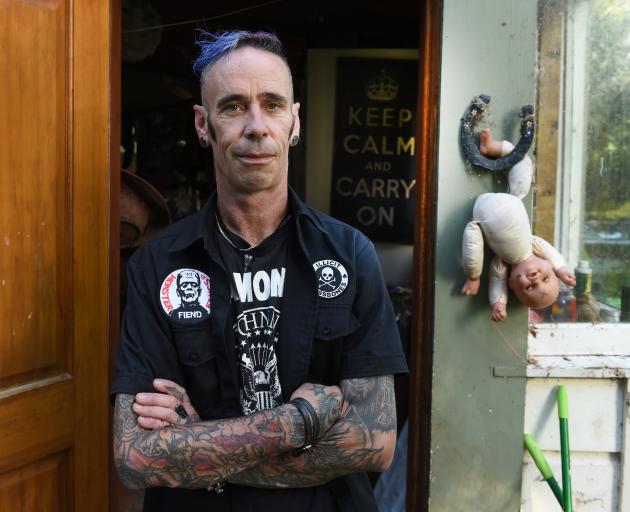 Otago Equine Hospital practise manager Carmen Greimer, who was working at the vet hospital at Invermay when Star was brought in with his wounds, said the event was "traumatic".

"To think there could be someone like this in our society is exceptionally scary."

Chester Dextar, a friend and supporter of Star's owner Mandy Mayhem-Bullock who drove from Christchurch to be outside court, said he was there to help make sure nobody would forget what happened to what was a beautiful horse.

He felt New Zealand was "absolutely disgusted" by the crime and the 20 people who were outside court were "just a fraction of the people who loved and cared for that pony". 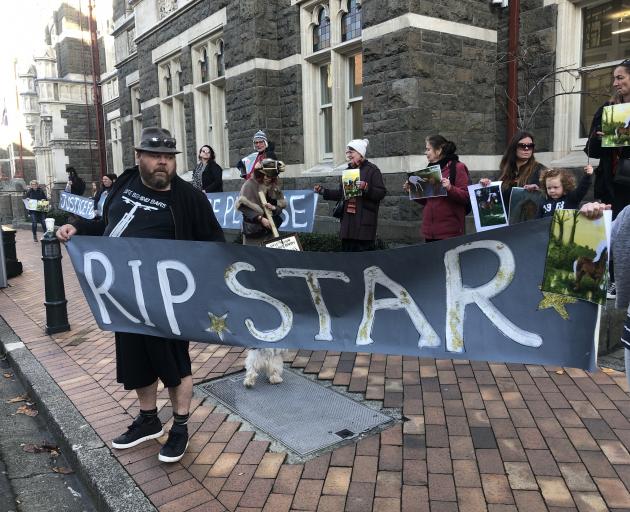 About 20 protesters gathered outside Dunedin District Court ahead of the sentencing. Photo: Tim Miller

On the night of February 17 last year, Ozanne entered a paddock by Pitt St where Star was tethered for the night, some time after 9.30pm.

He was armed with a "sharp implement" and inflicted 41 stab wounds to the animal, particularly around its back, neck and throat.

Some time during the prolonged attack, Star broke free from the tether and was later found by a dog walker who alerted authorities.

Despite a previous order to keep the man's identity under wraps, which was lifted when he pleaded guilty in March, Ozanne was been widely known by the community after he spoke to the Otago Daily Times before he was charged.