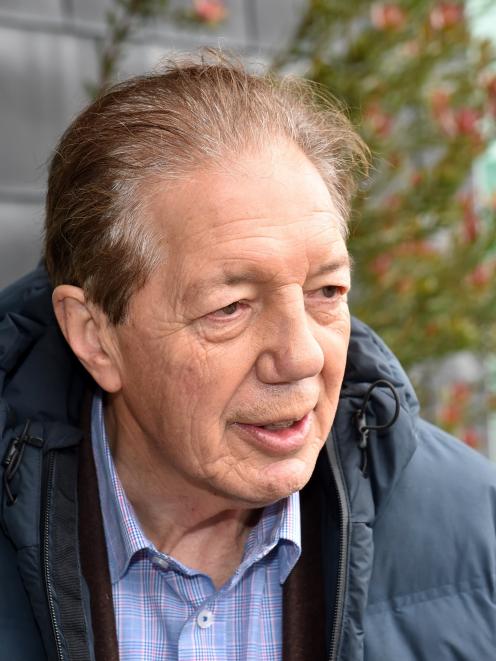 But his latest report to the Invercargill City Council referred to slavery and statues and made no mention of the Tiwai Point aluminium smelter closure.

Several councillors said the mayor’s report that ran in this week’s council agenda was "different" and one said it was "obscure", but Sir Tim said it was not strange.

Each month, the mayor furnishes a report to the council, although he did not provide one last month, citing Covid-19 as the reason.

This month’s contained a bullet point list of events he had attended but also had references to political protest and Alex Lithgow’s statue, then went on to discuss slavery, including that "the Shadbolt’s [sic] never owned any slaves".

It then discussed the mayor’s trip to speak at a conference in Tasmania, its convict history and how his great-grandfather was "in prison" before fleeing to New Zealand.

It referred to the shooting of two police officers in West Auckland, before ending with, "I was raised on a small orchard in Massey".

Sir Tim (73) likened his commentary to a news report and said he liked to comment on history and world affairs.

In an interview with the Otago Daily Times, he defended his effectiveness as mayor.

"There’s no question with old age you aren’t as sharp as when I took on this job, but you are wiser and more experienced."

The planned closure of the smelter could result in more than 2500 jobs being lost and Sir Tim said after the meeting on Tuesday that he was writing another report about Tiwai Point.

At the meeting, he recommended two books — one about Tiwai Point.

Deputy mayor Toni Biddle took the unusual step of tabling a report that outlined different aspects of council business and city matters, including the Air New Zealand jet returning to Invercargill, the Tiwai closure, her appointment to a ministerial regional skills development group and commentary on other visits and meetings she had attended.

That intervention, and a report by the deputy mayor in June, followed May’s governance overhaul, which some councillors said reduced Sir Tim’s responsibilities.

Sir Tim said his report was fine and was written a month ago.

But he was surprised Cr Biddle also submitted a report.

The candidate who came second in last year’s mayoralty contest, Cr Darren Ludlow, thought Sir Tim had in the past expressed himself well in writing but the latest report was "obscure".

Cr Peter Kett agreed the items in the report had nothing to do with the city council.

Cr Kett said Sir Tim was struggling at times but the mayor was getting help from the deputy mayor and councillors to get the job done.

"He has slowed down a bit."

Most councillors refrained from condemning the mayor’s performance.

Cr Nobby Clark said some of the mayor’s commentary was peripheral but he was a colourful character and had listed his activities in the report.

He still had confidence in Sir Tim to lead the team of councillors.

"He does that in his own way. Tim gives us a profile.

"He is a compassionate man. I admire him for that — he is an upfront and reliable elected official."

There was publicity before the election about Sir Tim struggling to follow what was happening at times "but the community still wanted him — that’s democracy", Cr Clark said.