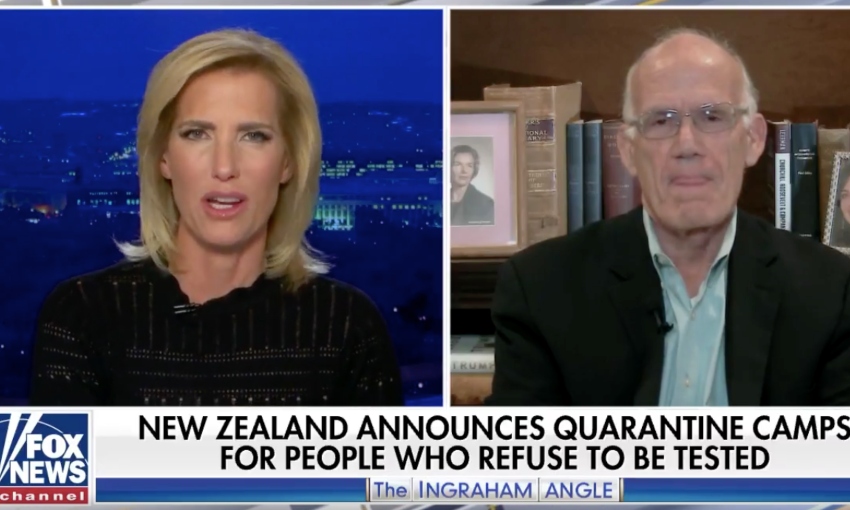 Fox News spread misinformation about New Zealand's Covid response, taking footage of Jacinda Ardern from months ago out of context and making claims about 'camps' for those who refuse testing. Photo: Fox
A right-wing television host in the US has spread misinformation about New Zealand's response to the Covid-19 pandemic, sharing an old clip of Jacinda Ardern and claiming the Government is "throwing people into quarantine camps".

Laura Ingraham, host of Fox News' The Ingraham Angle, made the claims on her show yesterday, joining a growing number of right-wing pundits overseas who are casting New Zealand's response as a threat to freedom.

"The American left and their media poodles have long held up New Zealand as the model for how to properly deal with a lot of things, including Covid, but anyone who loves freedom should take note because the Kiwis have a terrifying new response to rising Covid case numbers," Ingraham said.

"They're throwing people into quarantine camps."

"No leaving the camp until you're negative," Ingraham adds, putting on a faux New Zealand accent.

To support her claims, Ingraham shared an old Facebook live clip from Jacinda Ardern, originally posted over four months ago.

In that clip, Ardern answers questions from viewers and details the Government's policy of demanding that those in quarantine remain until they return a negative result and enforcing their continued stay if they refuse a test.

What Ingraham calls "quarantine camps" are in fact our managed isolation hotels.

The clip was shared by Ardern in June, after New Zealand had beaten community transmission for the first time on June 8.

It was used by Ingraham to suggest that the policy was new and in response to "rising Covid case numbers".

Covid case numbers in New Zealand have remained low by global standards and our cases of community transmission have been well contained since we successfully fought our first wave earlier this year.

Yesterday, a right-wing British politician has outraged Kiwis online after she likened New Zealand to Nazi Germany in a series of tweets taking aim at Jacinda Ardern and the Government's Covid response.

The comment came above a retweet from fellow lockdown critic Bernie Spofforth, who had shared an edited video containing messages from Dr Ashley Bloomfield and Ardern about the policy of moving all positive cases to quarantine facilities and enforcing testing.

The video spliced together a press briefing from Bloomfield and a Facebook live video from Ardern and added graphics and memes.'

"It's called quarantine," wrote another.

"You may have heard of it. People have used it for thousands of years to quell the spread of disease." 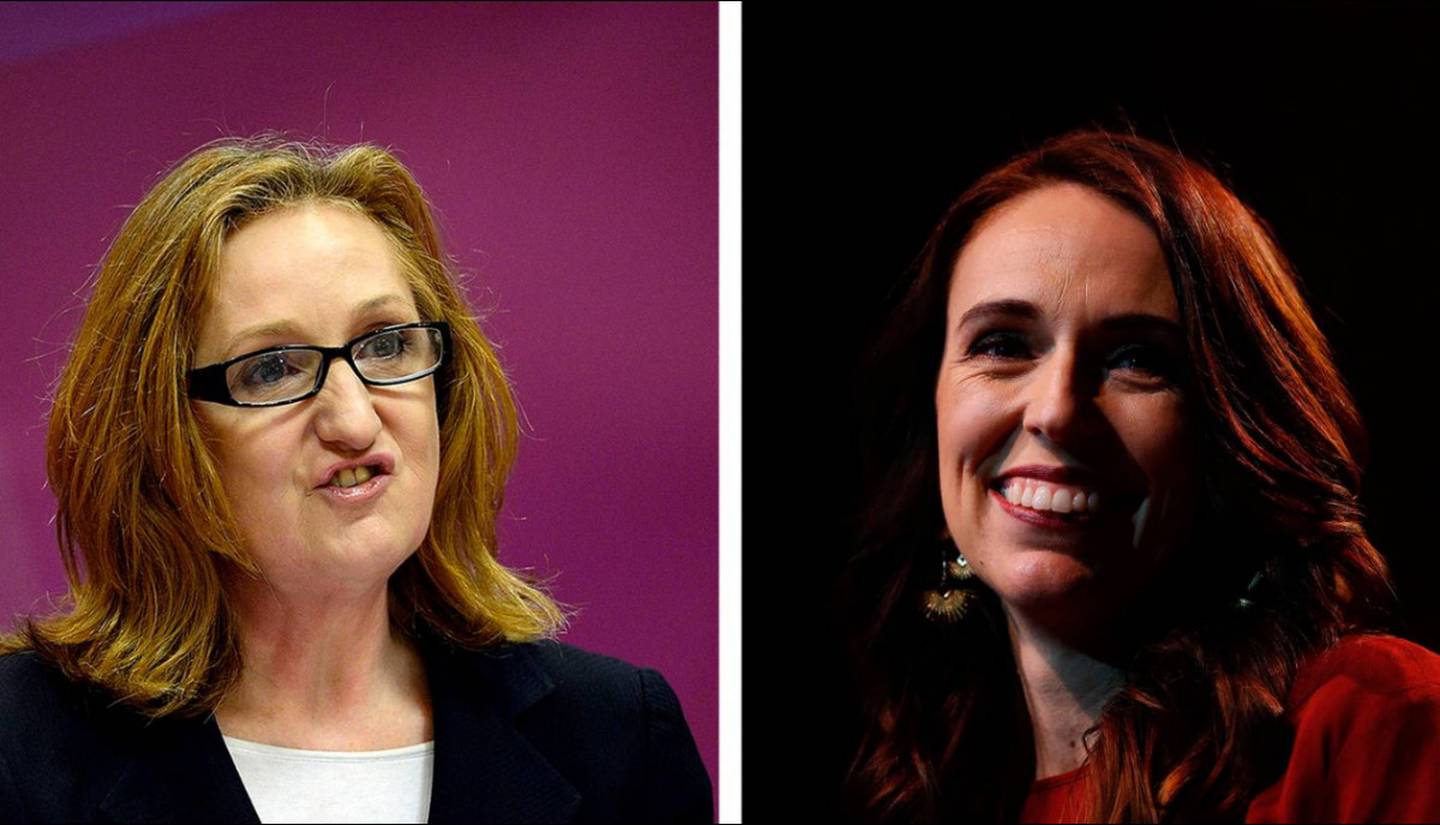 Suzanne Evans has taken aim at NZ's Covid response. Photo: Getty / Dean Purcell
Another pointed out that, unlike in many countries, Kiwi kids are able to go to school despite the Covid-19 pandemic.

Dr Jin Russell, a developmental paediatrician and PhD candidate in life course epidemiology at the University of Auckland, took up arms against Spofford's original tweet, dissecting the "misinformation" in a thread of tweets.

The video singles out New Zealand's plan, including the strict lockdown measures, the isolation of any positive cases and close contacts, as well as the country's contact tracing method.'

It features footage from the Prime Minister's addresses to the nation, including the level 4 lockdown announcement, as well as interviews with some of the country's top experts, including Bloomfield.