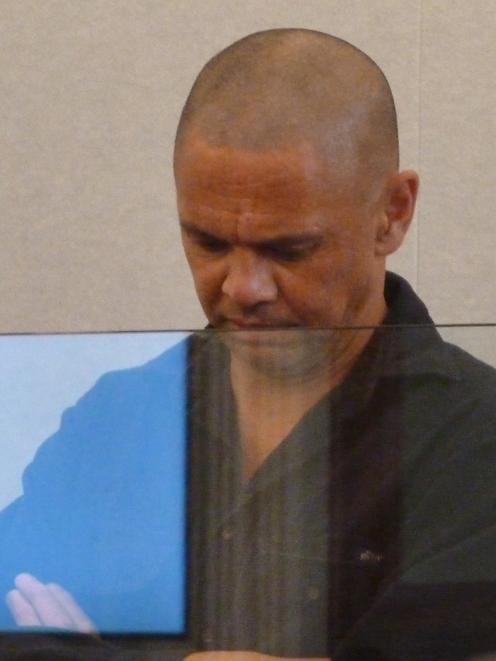 Darren Marsh has been jailed for 14 and a-half months on an aggravated charge of drink-driving. PHOTO: ROB KIDD
A 15-time drink-driver from Milton had a novel excuse for his latest transgression.

When 47-year-old Darren Crawford Marsh was pulled over on the evening of November 2, driving his mother’s Nissan away from a liquor store in Union St, he told police it was not what he had drunk that was the problem, it was what he had eaten.

After failing a breath test, Crawford said he had only downed three stubbies of beer.

His intoxication, he claimed, was the result of marinating the steak he had for dinner in a bottle of wine.

Crawford’s breath sample back at the station gave a result of 962mcg — nearly four times the legal limit.

Defence counsel John Westgate stressed the defendant had pleaded guilty at the first opportunity and there had been no error in his driving.

The same could not be said for his last visit to court on a drink-driving charge in 2014.

Marsh was driving south towing a trailer in Ramrock Rd, Waikouaiti, when his vehicle skidded in gravel as he rounded a moderate left-hand bend.

He over-corrected and wiped out a letterbox, the court heard at the time.

Marsh, who was running an alcohol-free shearing gang at the time and was disqualified from driving, blew a reading of 916mcg and was jailed for three years.

Judge Smith yesterday said it was "a shame" he was back in trouble.

She had received a reference from a church minister who detailed the help the defendant had given the church community recently and the court heard Marsh had also been assisting his mother of late.

"This is a lapse and a serious one," the judge said.

Marsh was jailed for 14 and a-half months and banned from driving for 28 days with the alcohol-interlock licensing regime to follow. He was also ordered to pay court costs of $130.

His mother’s car was forfeited to the Crown.