Fireworks expected on and off the track at Ruapuna Speedway 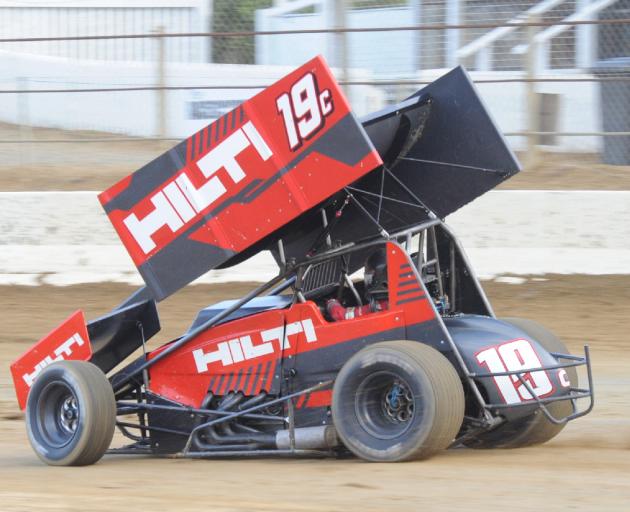 Rolleston sprintcar racer Jamie Duff at Ruapuna recently. Photo: Mainland Photos
Bringing the carnival to Show Weekend is the aim of the Ruapuna Speedway tomorrow night when it holds a monster fireworks display to complement a night of racing.

Ruapuna Speedway president Rob Roxburgh said it was the club’s desire to create a ‘family night out’ with carnival rides, clowns, performers, fireworks and the racing.

“We have got one of the local sideshow operators bringing a couple of rides along with the Astroliner and Sidewinder being parked trackside," Roxburgh says.

"There is a free bouncy castle for the younger ones, clowns and performers.

"On top of that we had a really good opening race meeting in October and the break in between race meetings has seen competitor numbers climb in several classes."

The star performer at that opening meeting was Rolleston-based sprintcar racer Jamie Duff, who was just 0.4 of a second off the long-standing one-lap record of 12.687, set by eight-time national champion Allan Wakeling in 2004.

Duff has vowed that, should the track be in top condition again, he will have a crack at that time.

He will face some stiff competition tomorrow with a number of visiting drivers planning on appearing including Nelson's Brett Sullivan who has spent the past two summers racing in Australia, and Cromwell's 'Slammin' Sam O'Callaghan who always runs hot at Ruapuna.

Speedway fans will also be enthused about the prospect of seeing long-time midget car standout David Kerr of Southbridge taking part in the 850hp V8 sprintcars.

Although it is an older car Kerr is the sort of driver who will shake the bugs out of it quickly.