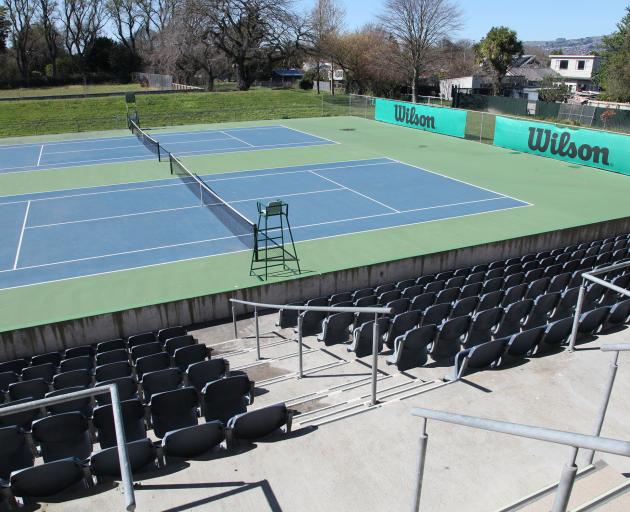 Last season’s runners-up Cashmere, take on third-placed Waimairi at Wilding Park on Saturday. Photo: Geoff Sloan
Tennis Canterbury’s premier men’s and women’s competitions restart this weekend after a holiday season break, with this round of ties vital as teams look to nail down a place in the finals.

Last season’s runners-up Cashmere, who comfortably top the standings, take on third-placed Waimairi at Wilding Park on Saturday, where the defending champions should be strengthened by the return of  who will bolstered by the return of leading junior Finn Emslie-Robson from a back injury.

Country Ashburton, who rejoined the competition this season, attempt to rebound from three successive losses before Christmas when they host bottom-placed Shirley.

Snapping that losing streak would enable Country Ashburton to potentially bridge the gap on Waimairi and Elmwood, who take on Te Kura Hagley at Wilding Park. Alex Emslie admitted victory was imperative as Te Kura Hagley strive to lock down the second seeding.

“It’s about consolidating out spot in second, a win this weekend puts us in a good position with two rounds to go,” he said.

In the women’s division, Waimairi and Cashmere-Burnside are jostling for a place in the final with runaway leaders Te Kura Hagley, who are poised to continue their unbeaten campaign against cellar-dwelling Elmwood at Wilding Park.

Champions Waimairi and Cashmere-Burnside are both expected to field their strongest possible line-up at Tennis Canterbury headquarters with two rounds of the four-team regular season remaining.