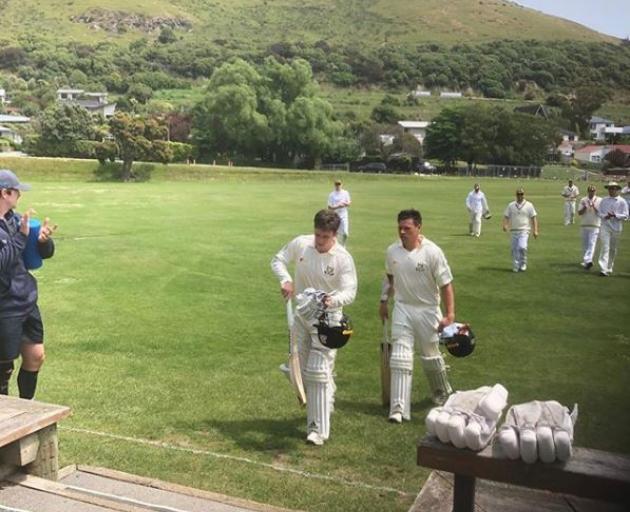 On Saturday at Heathcote Domain Canterbury rep Carter scored one of the highest scores in Easts history finishing by unbeaten on 176, while captain Hampton-Matehe also finished unbeaten on 136. The 318-run partnership is believed to be the second largest in the club’s history.

Easts coach Dave Grocott was playing on the day Papps and McKenzie made history and says both partnerships were equally emphatic in their own ways.

“I think while Leo and Tim faced a weaker bowling attack in Heathcote, they did have a more difficult pitch to bat on. The pitch at Burwood Park when Papps and McKenzie scored their partnership was an absolute road,” said Grocott.

Carter and Hampton-Matehe came together with the score at 15/1 after the early dismissal of Jeremy Duncan and quickly went about making the most of the short boundaries at Heathcote. Carter’s 176* came off just 156 and included four sixes and 22 fours.

Hampton-Matehe cleared the rope six times and produced 13 fours before making to call to declaring at 333/1 after 52 overs.

“I think they were keen to keep going, but we wanted to put Heathcote in and get ahead of the match,” said Grocott.

Easts then rolled Heathcote for just 96 with Blake Coburn and Tom Gooday both picking up three-wicket hauls. Heathcote will resume at 8/1 in their second innings on Saturday after Easts enforced the follow on.

In other matches, Burnside West University will go into day two with a 70-run advantage over Sydenham, St Albans will be looking to finish off Old Boys Collegians while Lancaster Park hold a 63-run lead against Riccarton.