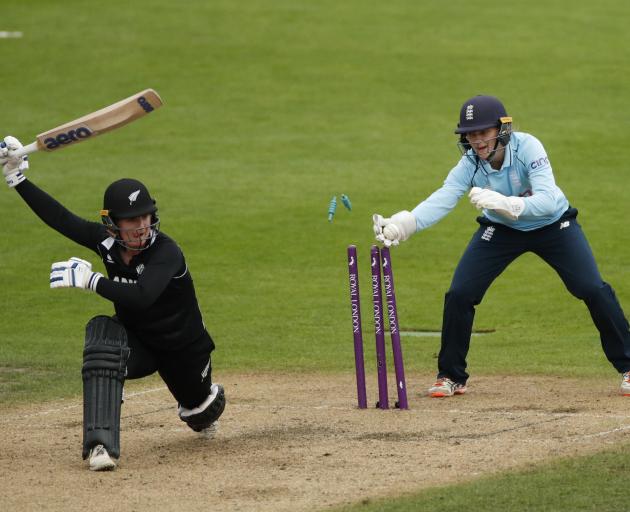 New Zealand's Brooke Halliday is stumped by England's Amy Jones off the bowling of Charlotte Dean. Photo: Action Images via Reuters
Security around the White Ferns has been boosted in England after a 'not credible' threat was emailed to England Cricket relating to New Zealand Cricket.

Initial reports of the White Ferns going into lockdown due to a bomb threat have been denied by New Zealand Cricket but a threatening email was received which was investigated.

The White Ferns remain set to play England in the third ODI.

It comes in the wake of the men's side withdrawing from their tour of Pakistan on Friday. New Zealand Cricket made the call to cancel the tour just minutes before the first ODI in Rawalpindi, following intelligence of a security threat targeting the Black Caps.

"As has been reported, the ECB have received a threatening email relating to NZC. Although this did not specifically reference the White Ferns it was treated seriously, investigated, and deemed not credible," a NZC statement said.

"The White Ferns have now arrived in Leicester and, as a precaution, security around them has been boosted. Reports their training has been cancelled are false. They were not scheduled to train today as it was a travelling day."

The Black Caps contingent of 34 players and support staff are now in Dubai as they look to return home over the next week.

Prime Minister Jacinda Ardern would not elaborate on the threats, but said on Sunday they were described as "credible" and "direct and targeted".

"We do support the decision that was ultimately made by NZ Cricket to bring the team home."

"It was a direct threat and it was a credible threat - they made the right decision," Ardern added.

Overnight England Cricket withdrew their men's and women's teams from a limited-over trip to Pakistan next month, citing "increasing concerns" about travelling to the region.

The ECB didn't detail any specific security issues in a statement released after a board meeting over the weekend, instead highlighting "the mental and physical wellbeing of our players and support staff."

"We know there are increasing concerns about travelling to the region," the ECB said, "and believe that going ahead will add further pressure to a playing group who have already coped with a long period of operating in restricted COVID environments."

Within minutes, Pakistan Cricket Board chairman Ramiz Raja reacted by saying on Twitter: "Disappointed with England, pulling out of their commitment & failing a member of their Cricket fraternity when it needed it most. Survive we will inshallah." 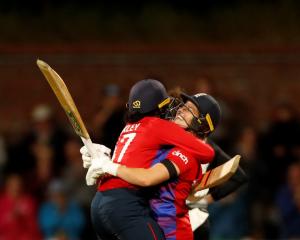 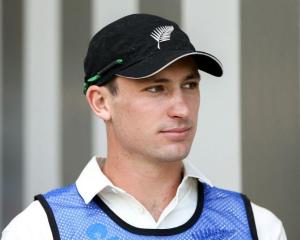 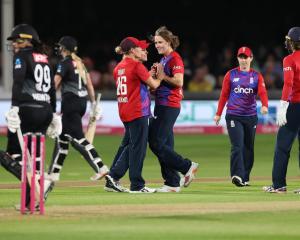