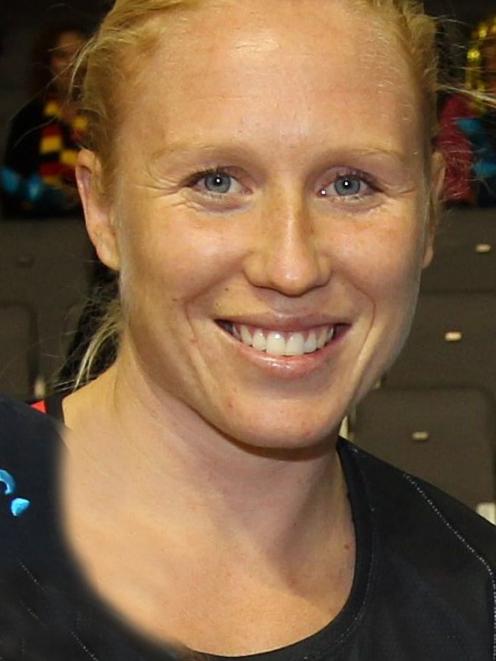 The 34-year-old midcourter retired from the international game earlier this week.

She played a record 163 games for her country in a career which included many highlights.

She also captained the New Zealand under-21 team to victory in the 2005 Netball World Youth Cup.

She made her international debut later that year and quickly established herself in the team through her high work rate and dynamic defence.

Former Silver Ferns coach and player Lois Muir and 1967 World Championships winner Joan Harnett-Kindley were generous in their praise for a wonderful player.

"She was just a real dynamo and had that will to win," Harnett-Kindley said.

"Every time she took the court it was to win and was one of those people who hated to lose."

That will to win was coupled with extraordinary fitness levels and an unbreakable body.

"I’d say she was one of the fittest — if not the fittest — player we’ve ever had. She must have worn herself down to a frazzle by now and it is probably time for her to think about other things."

Harnett-Kindley, who was named player of the tournament at the 1967 World Championships in Australia and was inducted into the New Zealand Sports Hall of Fame in 1990, said Langman left the sport on top of her game.

"When do you retire? You retire when you are on the top. She is No 1 in her position in the centre court."

"But she has also done a lot for world netball over the years just through the enjoyment people got from watching her play," Muir said.

"She added a dimension to the game which was fun. She was also an opportunist," Muir said, explaining she was able to adapt her game to what her side needed.

When Langman first emerged she was seen as a dogged defender, but she developed into a crafty play-maker and ended up playing all three positions in the midcourt.

"She was able to bring life to a game. Anywhere she played she acquired the knowledge and the skills to flourish."

That utility was of great value to the Silver Ferns. Langman was able to reinvent herself and "she brought to the game exactly what it needed".