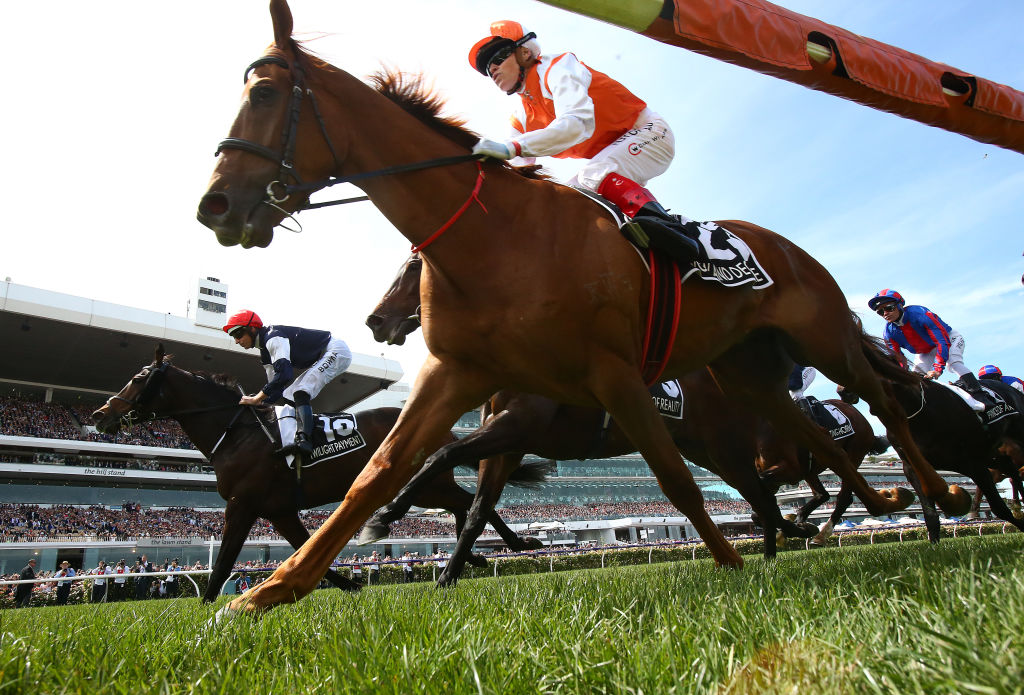 There were claims of a robbery at the Melbourne Cup after Vow And Declare saluted in a thrilling finish.

The 159th running of Australia's most famous race has been won by Vow and Declare. #MelbourneCuphttps://t.co/P4NbsIZR9k

But interference from Master of Reality, which prevented late-charging Il Paradiso from challenging Vow And Declare for the lead, drew an official protest from race stewards which was upheld.

Il Paradiso was promoted from fourth to second, swapping places with Master Of Reality. Prince of Arran finished third.

Master of Reality looked set to give jockey Frankie Dettori his first win but in a desperate finish involving four horses, Vow And Declare took an inside run and put his head down when it counted to win in a photo finish.

Il Paradiso attempted to move between the two leaders but saw his opening disappear as Master of Reality cut across his path.

Stewards have found that jockey Frankie Dettori blocked stablemate Il Paradiso in the run to the line, dumping the second place-finisher back to fourth.

The stewards protest was upheld in a bizarre hearing where both Dettori and Il Paradiso's jockey Wayne Lordan refused to give evidence that would result in Master of Reality being penalised.

Racing Victoria announced after the stewards meeting that Master of Reality has officially been relegated to finish fourth, while third-place finisher Prince of Arran has been promoted to second and Il Paradiso has officially finished third.