Howl of a protest: Thousands of farmers prepare to march through 47 towns and cities 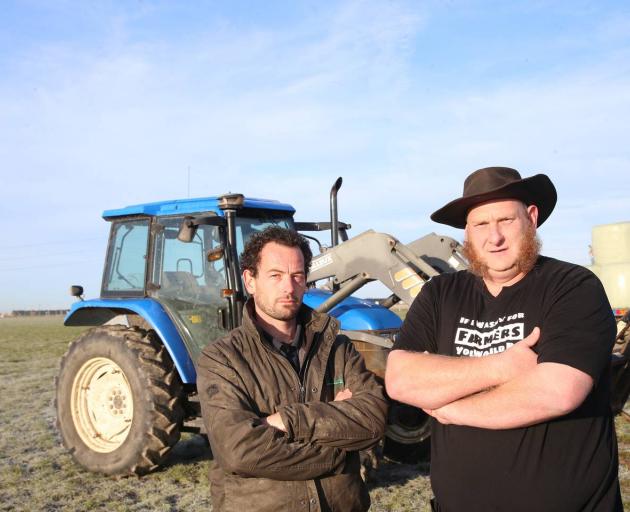 Mid Canterbury's Howl Up protest organisers Jodan Townshend (left) and Robbie Shefford believe the rural sector is being bullied into a corner. Photo: Adam Burns
Thousands of farmers around the country are gearing up for a "howl of a protest" that will see tractors and utes parading through central city streets on Friday.

Groundswell NZ has organised the protest in 47 towns and cities.

People have been encouraged to bring their tractor, ute and dogs for a bark-up in protest against what has been described as "increasing Government interference, unworkable regulations, and unjustified costs".

The Herald understands a protest planned for Christchurch has been moved out of Cathedral Square as organisers were expecting a large number of participants.

Some protesters have been diverted to other Canterbury towns.

Christchurch organiser Aaron Stark told John MacDonald on NewstalkZB their main concerns are around constant changes to regulations and the "moving of goal posts".

"We're fed up to be honest. Every farmer I know around here, around Canterbury, we're having the talk that maybe it's time to hang up the boots and find something else to do.

"It's getting to a point where we can't do it."

A "massive" number of tractors are expected on Auckland's Queen St down to Southland. 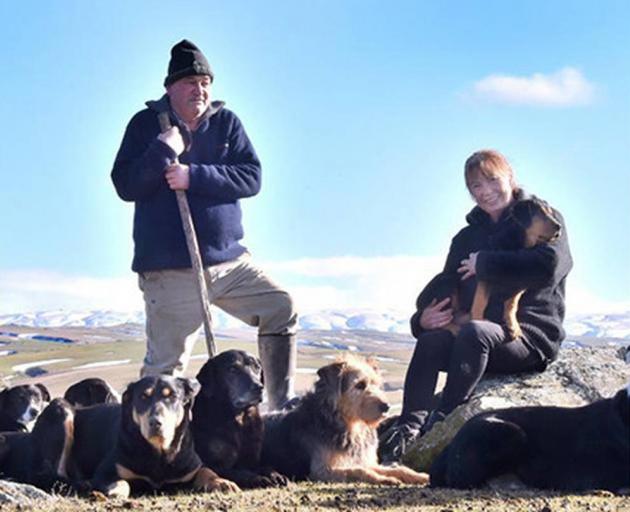 The only major city Groundswell had left off the itinerary - and that was intentional - was Wellington.

McKenzie was expecting a "massive" number of tractors in Auckland's Queen St. The logistics were different in the various areas, with some towns requiring traffic management plans, he said.

The Otago Daily Times is reporting in Dunedin, organisers have decided it would not be safe for the protest to stop in the city so participants will drive through the Octagon, between about noon and 12.15pm, their dogs barking.

They will then return to Mosgiel where former Invermay head Dr Jock Allison would give a short address and Marshall would deliver Groundswell NZ's statement on how it sees things.

Even though protest vehicles would be keeping left and letting other traffic flow as smoothly as possible, there would still be significant disruption to the travelling public around Dunedin and Balclutha and more time should be left to get to destinations.

In Levin, tradies and farmers are planning to drive their utes and tractors down Oxford St.

The local protest group is planning to meet at Donnelly Park at 11am. The convoy would then leave for a drive through Oxford St at noon.

Hundreds of farmers, growers and tradies are expected to take to the streets around Northland.

Protests in Whangārei, Dargaville, Kerikeri and Kaitaia are due to start around the country at 11am.

Whangārei coordinator Tracey Thomasson said she expected up to 200 vehicles.

In Dannevirke, the protest kicks off on High St around 12.15pm.

The parade of tractors, trucks, vehicles and people walking will start from the old Farmers Transport south of town and the Mangatera Hotel north of town.