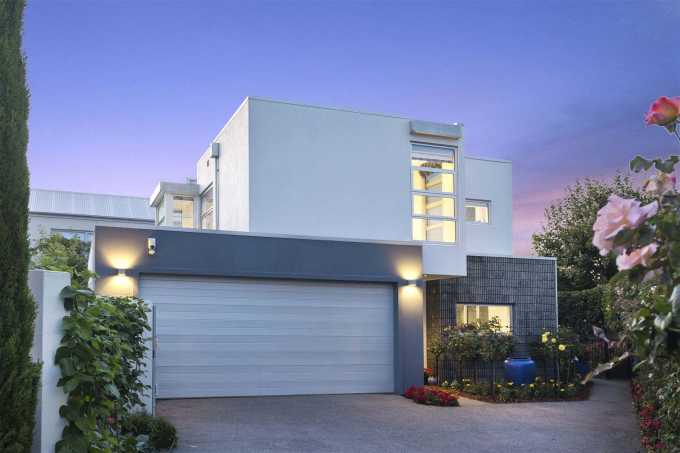 3a Church Lane, in Merivale, Christchurch, sold for $1.315 million under the hammer. Photo: Supplied
A four-bedroom home in Christchurch sold at auction for more than $100,000 above the reserve after just one weekend of open homes.

3a Church Lane, in Merivale, fetched $1.315 million under the hammer (more than $300,000 above the 2019 rating valuation) after the auction was brought forward at $1.2 million, just six days after it was listed with Harcourts agent Mary Turnbull.

It’s not just the top end of the city’s housing market that’s feeling the heat: an auction for a property in Tumara Park, Parklands, was brought forward at $484,500, with the hammer falling at $607,500.

Kennedy said there were more big sales in suburbs like Merivale and Fendalton and strong sales across the board.

He cited the recent auction of an investment property at 5B Snowdon Road, Fendalton, as an example of the demand in the market.

“I think the factor in all of this is there’s an increase in migration so we’ve got people coming home, we’ve got low, low interest rates, and we’ve got a city in my view that has been under-valued for a number of years.”

Around 10,000 homes disappeared during the earthquakes but Christchurch worked through the issues and made development and building smoother so the stock has been replaced which has kept the city affordable, Kennedy said.

“If you look at the Christchurch values versus the rest of the country – the national median house price is $700,000 and something at the moment – Canterbury didn’t have that same growth.”

Property values in Christchurch, while flat for much of the last property cycle have lifted post-lockdown. According to the latest OneRoof house price index figures, the city’s median property value is $535,000, up 16.3% on pre-Covid levels. 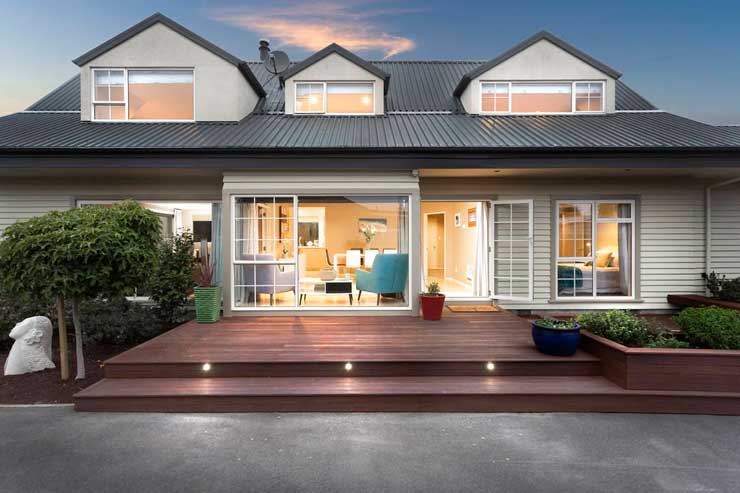 214 Estuary Road, in New Brighton, Canterbury, sold for $800,000 at auction. Photo: Supplied
Kennedy thinks property values will continue to rise over the next few years as Christchurch plays catch up to the rest of the country.

“Will we get there? Gee, I’m not sure because the rest of the country is moving at a pace anyway and we started behind. Saying that, I think the key to all this is that Christchurch is a very affordable market,” he said.

The city was seeing a lot of development in the inner city and city fringe – and plenty of emotion at auctions, he said.

“There was a beautiful situation where an auction came forward on a property. Two bidders entered the fray after it was called on the market and the young girl that got it burst into tears of joy because she had missed so many.”

Ray White auctions in Christchurch have been similarly busy. At the start of the month 12 properties sold under the hammer for combined total of $7.77 million, with the office enjoying a 90% clearance rate so far this year.

A stand-out property was 214 Estuary Road in New Brighton which sold for $800,000 with over 50 groups through during the campaign and three registered buyers on the day. Another home at 352 Worcester Street, in Linwood, sold for $880,000, with four registered buyers at the auction.

“The energy in the market is just incredible and there’s no doubt demand is outstripping the supply,” auctioneer Ben East said.