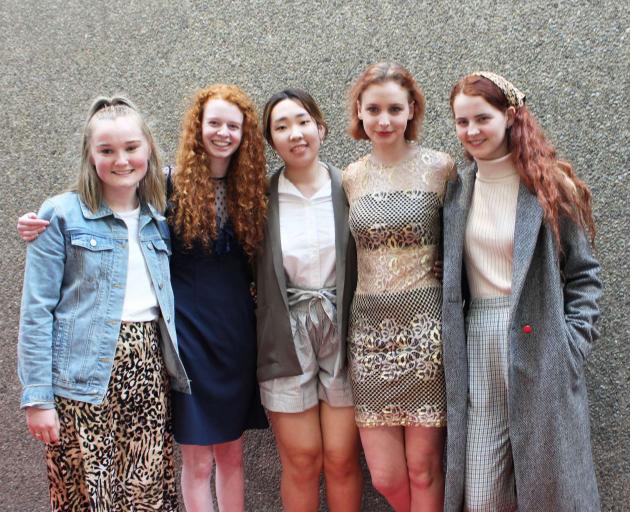 But last week her talents were recognised at the Ara School Shorts Screen Festival, where she was named best actress.

The film Lured was made by CGHS students Louise Kim and Georgie Baddeley, who created it in their media studies class.

Freya played the leading role of Liz, a young woman investigating the sudden disappearance of her best friend.

Louise, who lives in Halswell, wrote the script for the film after researching pseudo-religion and finding out about multiple historic cult-related murders.

Lured was one of 19 films showcased at the competition final at The Palms. The short films were screened at Reading Cinemas.

Said Louise: “It was one of the most exciting moments of my life to have our film screened in an actual cinema and having an audience to watch it.”

Freya was surprised to take out best actress, and said it was a real honour.

Her passion for acting has flourished over the past few years as she has been involved in theatre sports and small productions.

“As I have only starred in one other film, I wasn’t quite sure what would tick the boxes for the judges, so I was pleasantly surprised to receive the award,” she said. The 18-year-old also has a passion for politics and earlier this year attended the Youth Parliament as the Youth MP for Christchurch Central Labour MP Duncan Webb. ​​​​​

Freya said the highlight of being involved in the film was working with her two best friends.

“Georgie and Louisehad a great vision for thefilm, and because of our friendship, we were able to easily communicate ideas and this allowed us to film in a good environment,” she said.

Next year, Freya, Georgie and Louise will go their separate ways to study, but will continue to develop their skills and passion in film.