A heavily intoxicated motorist who was due to return a company car, wrote it off in a crash while more than three times over the drink driving limit. 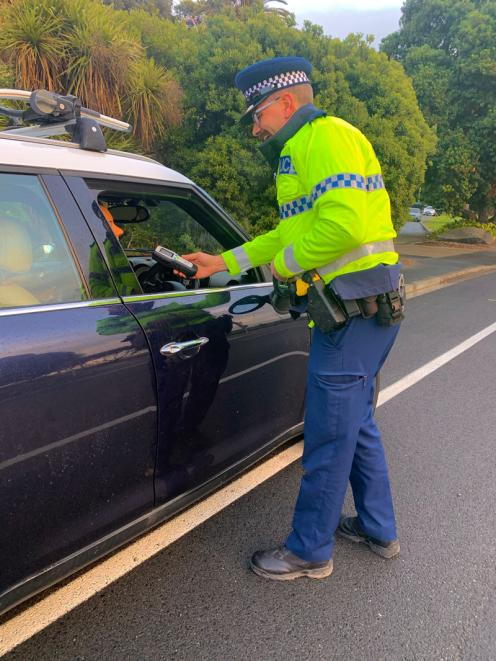 DRY JULY: Police's focus on stopping drink drivers last month saw 14042 motorists breath tested and 68 being found to be over the legal breath alcohol limit of 250mcg/l.
The man, who recorded a breath alcohol reading of 1068mcg/l hit a bridge south of Christchurch while trying to use his cellphone in the early hours of the morning.

The Star understands he had lost his job in a restructure days before and the vehicle was due to be returned to his employer the day after the crash.

He now faces a potential lengthy driving suspension and the financial costs of the wrecked car and $6000 damage to the bridge at Tai Tapu.

The incident, which happened in the early hours of the morning came during a Canterbury-wide police crackdown on drink driving in July.

Police tested 14,042 motorists during the month. Sixty-eight were over the legal limit of 250mcg/l, 32 of those over the second limit of 400mcg/l.

Senior Constable Andy Williamson, who attended the Tai Tapu crash, said the driver was “incredibly lucky” he didn’t kill himself or an innocent party. He was uninjured.

“He was incredibly remorseful and understood the consequences of what he had done,” Williamson said.

Williamson would not comment on any other aspects of the crash.

The Star understands he had been drinking in Lincoln.

Meanwhile, a woman driving three children to an after-school activity in Christchurch on Friday, at 6.15pm was stopped on Aikmans Rd, Merivale, and recorded a 733mcg/l breath alcohol reading.

The woman told police she had “drank wine” earlier in the day and was surprised she was over the limit hours later.

Said Sergeant Harrison McLennan: “This sort of very high reading combined with the distraction of children in the car and their young fragile lives is concerning and is the very reason we continue to make drink drive prevention a priority.”

McLennan said the majority of motorists tested at checkpoints across Canterbury during the clampdown on drink driving  followed the rules.

“For the month, one in every 206.5 tests resulted in one person over the limit which is trending as a better result than last year,” said McLennan.

It wasn’t just large booze buses, which require multiple officers to operate, out in force.

In an effort to thwart social media sites warning motorists where checkpoints are, police trialled micro-checkpoints.

These allowed one or two patrol cars to be put in high-risk drink driving areas instead of usually highly visible booze buses. They set up on the side of the road with a sign telling vehicles to pull over and drivers were tested.

At micro-checkpoints, police used small, hand-held devices that allowed them to do the full process on the roadside and get an evidential breath reading rather than needing to go back to a station, as is the case with larger checkpoints.