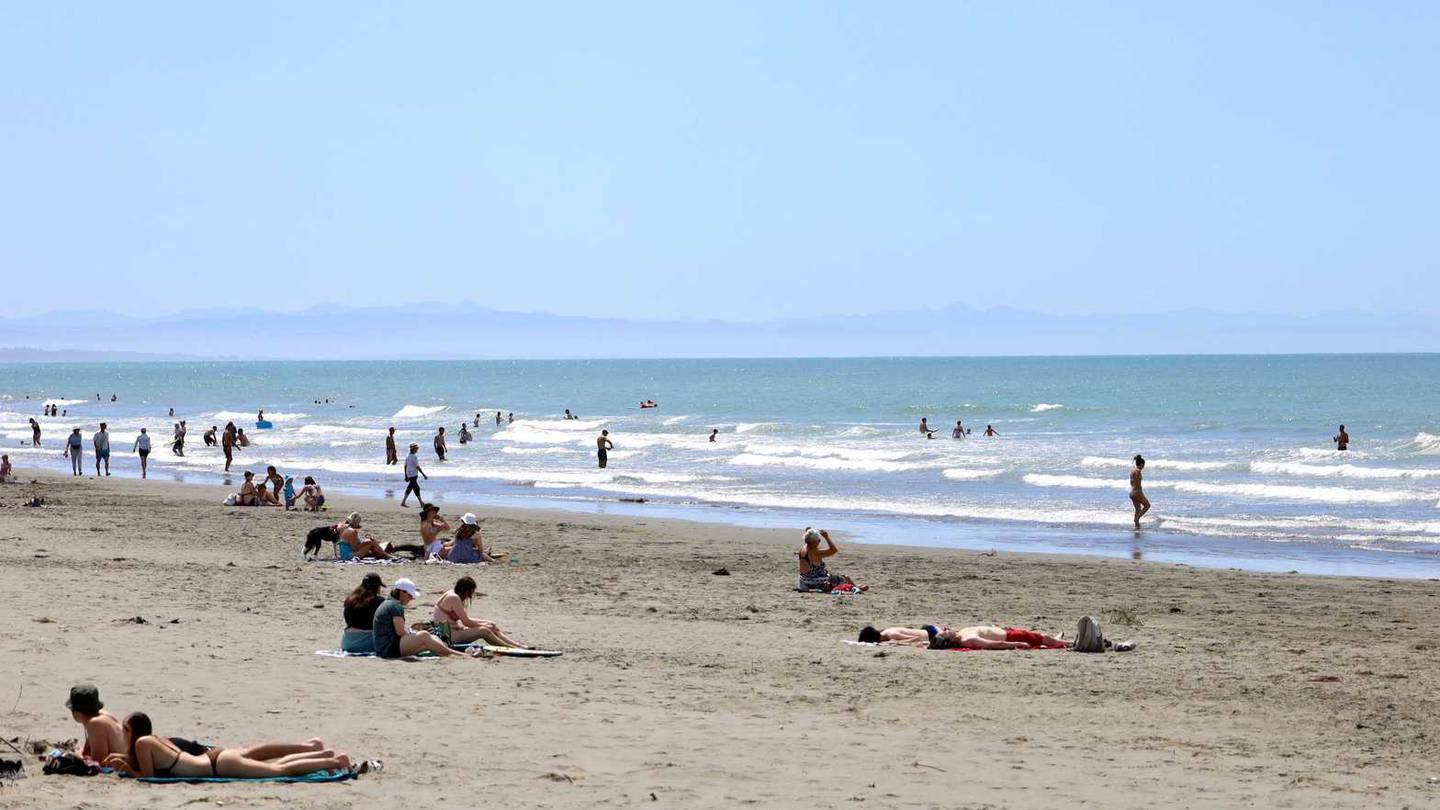 Sumner Beach in Christchurch on Tuesday. Photo: George Heard
There has been little relief for Cantabrians as temperatures climb above 30 deg C again on Wednesday.

According to the Metservice, Christchurch was sitting at 32.5 deg C at 11.15am and is expected to reach a high of 34 deg C today.

Ashburton was the warmest place in the country on 32.9 deg C and Blenheim had reached 32 deg C.

It follows a scorching week, in which Christchurch hit its record for the hottest day in January.

Conan Young ventured out earlier in the evening to the city's sun-baked streets to see how people were coping.

MetService says the heat will be short lived, as a front is expected to move up the country from later on Wednesday through to Friday.

That will bring a cooler change to end the working week. And those high temperatures in Canterbury? The mercury is expected to reach only the mid-teens on Friday.

Meanwhile, Timaru crept up to 37.5 deg C yesterday, the warmest maximum temperature in January on Metservice's record in almost 50 years.

The same scorching high temperature was felt in Ashburton, the highest temperature there on record since 2006.

Ashburton airport has reached 37.5°C, the highest temperature at that site since records begun in 2006.

Timaru airport has broken its January maximum temperature since records begun in 1972 with 37.5°C.

There was also unconfirmed reports of 40 deg C in Temuka, according to WeatherWatch.

Metservice meteorologist Lewis Ferris said although the forecaster's thermometers are only registering temperatures in the late 30s, reports as high as 40C are not "unbelievable".

"Not all thermometers are created equal. The same air temperatures could be read differently by two different thermometers because they are not all of the same precision or accuracy.

"The station we have at the Timaru airport got up to 37.5 deg C so it's not unbelievable that someone at their house would've got [readings] reaching that 40C mark."

According to WeatherWatch, Amberly was sitting at 38 deg C as was Geraldine at 2.30pm.