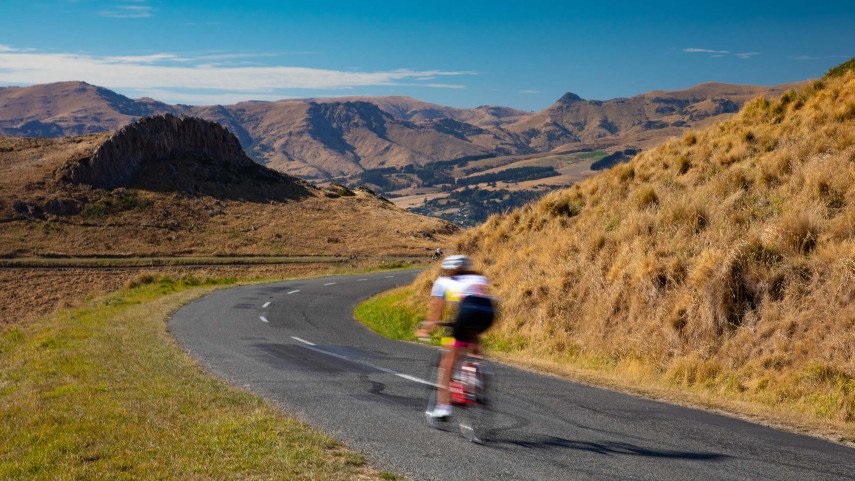 A small section of Summit Rd remains closed to vehicles due to earthquake damage. If you want to travel the entire 28km length you’ll need to bike, walk or run. Photo: Newsline
The widest, narrowest, busiest, longest, shortest and newest streets in Christchurch have been revealed.

That’s greater than the distance from Cape Reinga to Bluff, which is a mere 2058km.

Alphabetically speaking, the first street is Abberley Cres while the last is Zinnia Way.

As well as public roads, there are also a number of private right-of-ways in the city that the public are allowed to use but are not legal roads.

Here’s a list of fun facts about our streets from the widest to the shortest to the newest, busiest and narrowest.

Widest
The widest single carriageway road in Christchurch is Whitmore St which is 25m wide. However, Linwood Ave is the widest dual carriageway at 45m. This includes the cycleway and the planted central median.

Narrowest
At the other end of the scale is Wells Back Rd off Charlton Rd on Banks Peninsula – it’s a petite 2.5m wide.

Busiest
Christchurch’s busiest street for foot traffic is Cashel Mall. It sees an average 8000–9000 pedestrians per day. For vehicle traffic Moorhouse Ave is the busiest, with an average of 55,000 vehicles a day.

Longest
Our longest road is Summit Rd, which runs from the top of Evans Pass through to Gebbies Pass – a distance of 28km.

Shortest
Alcester St off Durham St at the South City Mall entrance clocks in as our shortest legal road at just 35m long.

Highest
Summit Rd Akaroa is our highest street – it reaches 685m above sea level at the Hilltop Tavern, making it a great spot to stop for photos.

Newest
The latest addition to our streetscape is in Wigram. Agathis Crescent takes the title of Christchurch’s newest street.

Street with the longest name
This honour goes to Sir William Pickering Drive, which has 19 letters. Sir William was educated at Canterbury University before moving to the United States where he gained a PhD in physics and became the director of the Jet Propulsion Laboratory in Pasadena.