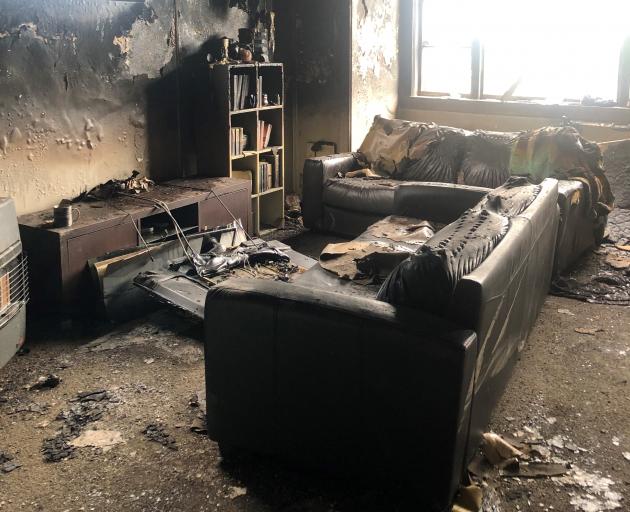 Bec Pearce and Adem Manderovic Gloucester St home after the fire. Their pets died as a result of the fire.
A couple expecting their first child lost everything, including their two pets, when their home went up in flames last week. 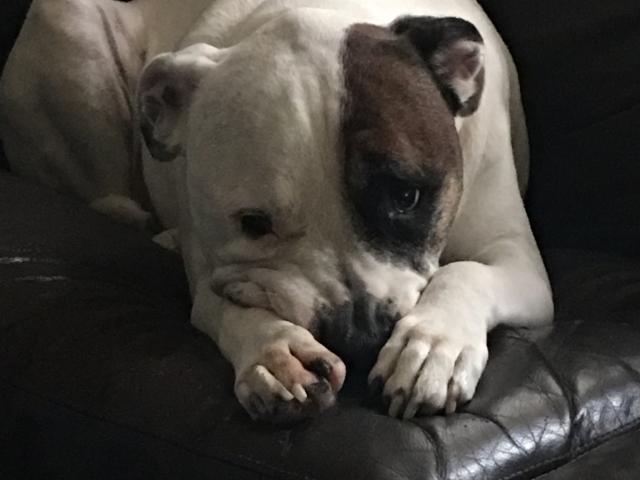 Chucky died in the fire.

Bec Pearce and Adem Manderovic who were renting the Gloucester St house did not have contents insurance.

The fire started when a candle set a curtain alight.

In spite of losing all their possessions, the couple says the hardest part about the fire was losing their cat, Jemima, and dog, Chucky, who were carried out of their home by firefighters, but did not survive.

“It’s crushing. The hardest part was losing them. They were our whole life,” said Miss Pearce.

“The amount of stuff we have lost is overwhelming. But we would give all that up again to have our pets back.”

She said what was holding them together was the fact they were expecting their first child, a boy, on January 19.

The couple said they did “not get around” to having contents insurance, so were “starting from scratch.”

The couple said they were now in discussions with their landlord and the insurance company which covers the property.

Mr Manderovic was in the shower when he heard the smoke alarms going off. Miss Pearce was not at home.

“I thought: ‘What the hell is that?’ At this point, I couldn’t see any smoke in the house, I couldn’t smell anything’,” he said.

Getting out of the shower, Mr Manderovic said the heat hit him and began running around the house trying to find where the fire was and locate his pets and cellphone to phone 111.

“I was frantically running around the house. The smoke started filling the house. I got outside and the door shut behind me. It’s one of those old doors so I couldn’t get back in without a key. I tried to get to the pets. I had lost the cat and dog, they had been following me,” he said.

A passerby had already phoned 111 and Mr Manderovic could hear sirens approaching as he escaped the house.

A neighbour saw him sitting naked in the backyard and threw a dressing gown over the fence to him.

The couple were taken to hospital and Mr Manderovic was treated for smoke inhalation and was still recovering, with a sore chest, a week later.

To add insult to injury, Miss Pearce, had her wallet stolen on the day of the fire, after racing home when she heard about the fire and accidentally leaving her car window open.

The couple have only been able to retrieve their passports, which were inside a cupboard, from the home but lost the rest of their possessions.

The couple work for bakery Stone Baked, which is owned by Miss Pearce’s parents. Itgained increased popularity this year when it began offering vegan options, such as cream doughnuts.