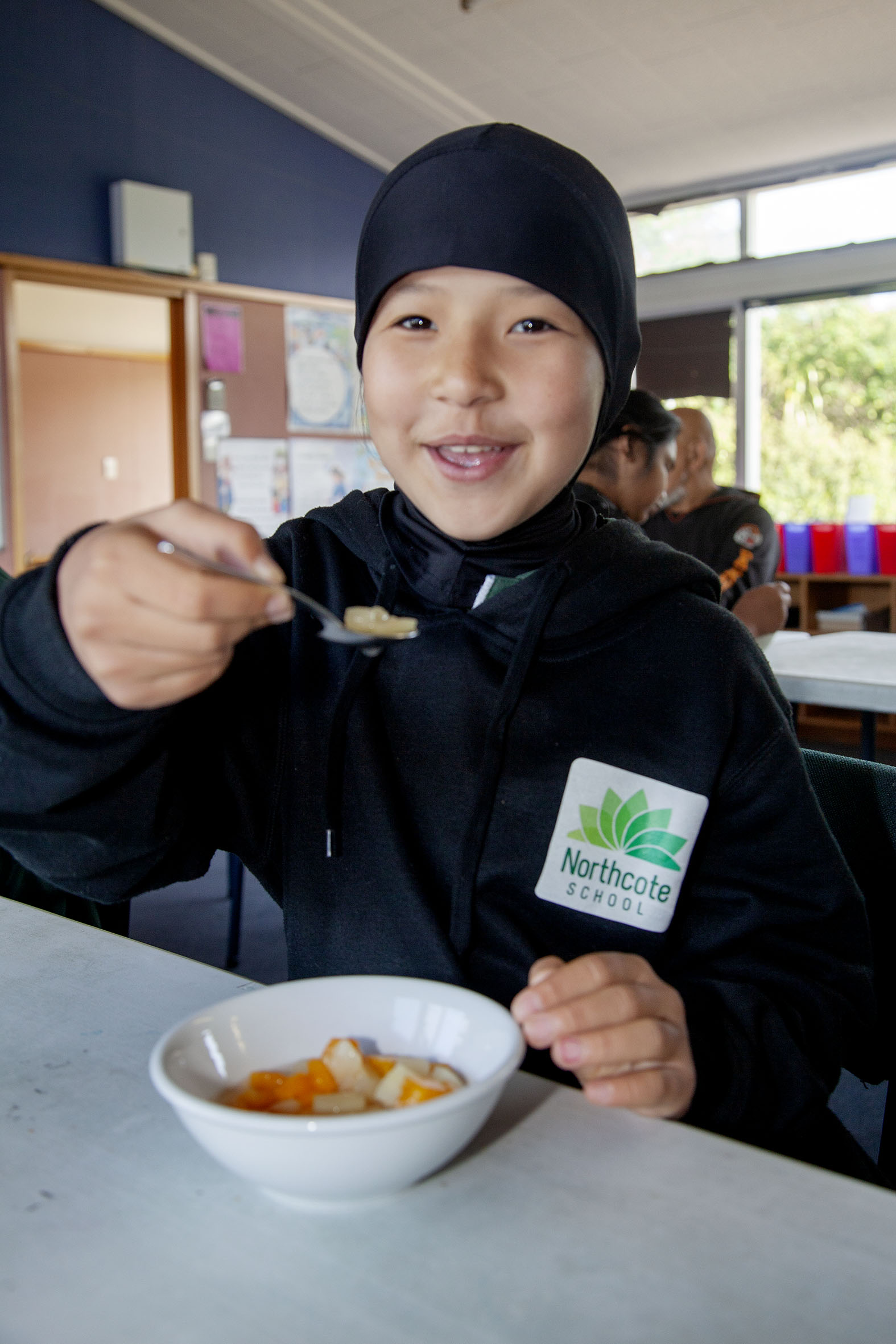 Year 6 pupil Zohreh Mehdizadeh tucks in. Photo: Geoff Sloan
The Breakfast Club initiative is making sure Christchurch school children are fed before they start the day.

Initially meals were dished up two days a week, but the club - which is run by Neighbourhood Links at Northcote Primary School - is now able to operate every weekday due to its growing popularity.

The club welcomes children and their families from the community for a spot of breakfast “made with love” – including anything from WeetBix, toast, fruit salad and cereals, to warmer options, such as porridge, baked beans or spaghetti. 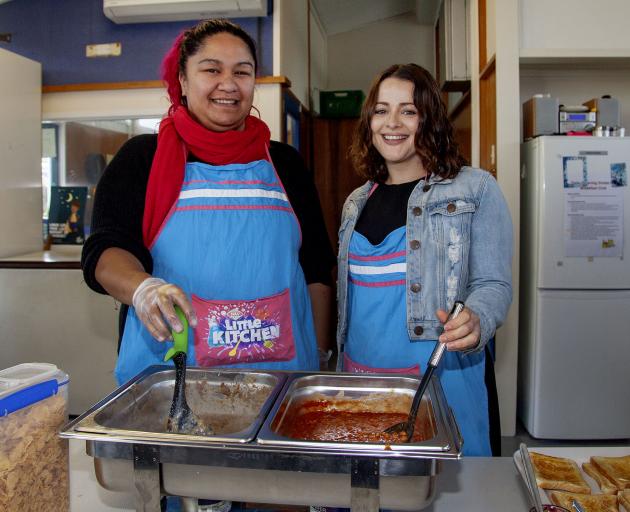 In term 3 alone, more than 1667 breakfasts were served.

“It was probably our biggest influx yet during the winter,” said Breakfast Club co-founder Charlotte Clark.

“Winter is the hardest for families. The power bills are bigger, so food [money] is often the first things that gets cut because it’s easier to take money from there as supposed to the bills.” 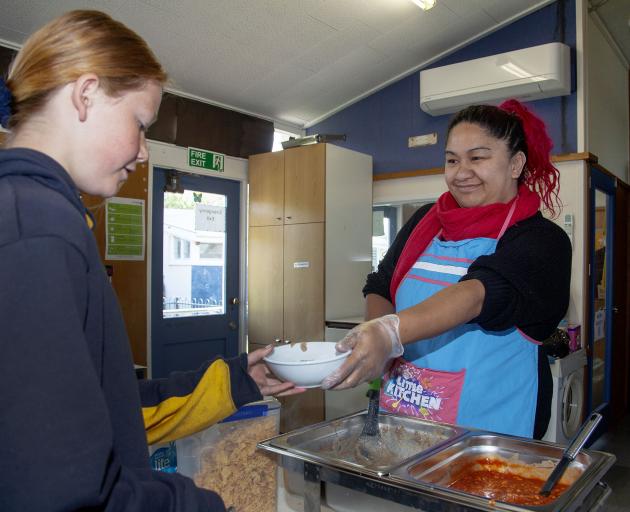 Year 6 pupil Sarah Wilson and Breakfast Club co-founder Charlotte Clark. Photo: Geoff Sloan
The club was founded by Clark and Angie Durey in 2018 to ensure no child started their school day hungry after many pupils were turning up with empty stomachs.

Starting off with only a handful of pupils, it has since become a staple in the community, serving nearly 50 people a day who otherwise may not have eaten at home.

Clark attributes the club’s growth to the increasing number of volunteers who help out each morning, and due to regular food donations from KidsCan and members of the community.

“It’s only a success because our community make it a success – it’s not because of us” said Clark.

“Children should always be coming first. They shouldn’t have to suffer,” she said. 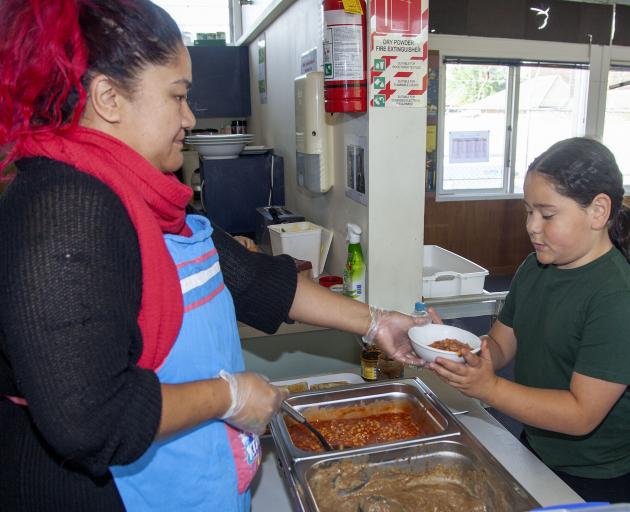 Charlotte Clark and year 4 pupil Cassidie Taukiri. Photo: Geoff Sloan
Clark said in the last two years, the initiative has been a “huge help” to whānau, who no longer have to worry about the barriers involved when it comes to the most important meal of the day.

“Research shows that our children learn better with breakfast,” she said.

In recent weeks, Covid-19 proved the need for the service after many parents lost their jobs. “There’s a wide range of children that come – they could be children of working families or parents on the benefit,” said Clark.

“The realities our families face in an area as small as ours, built with a lot of state houses, are having many bills and paying high rent.

“The cost of food and other things are rising and wages aren’t matching that.” 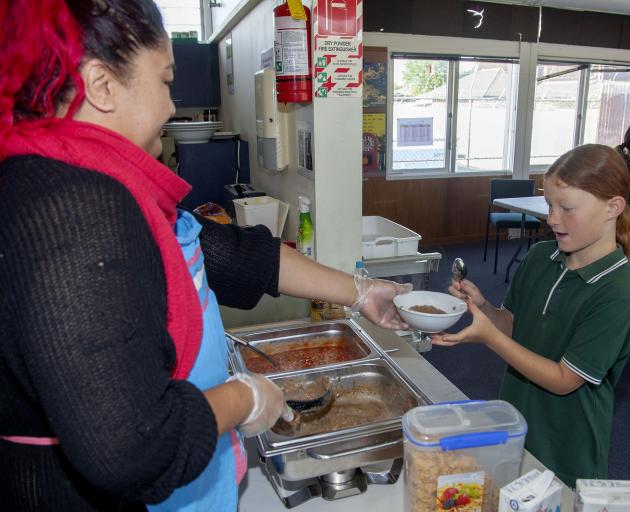 Charlotte Clark and year 6 pupil Lily Nicolson. Photo: Geoff Sloan
But it was not just a case of telling parents to feed their children, said Clark.

“Having some understanding is helpful, it’s not our place to judge. At the end of the day, our children aren’t getting fed if we’re sitting here arguing about it,” she said.