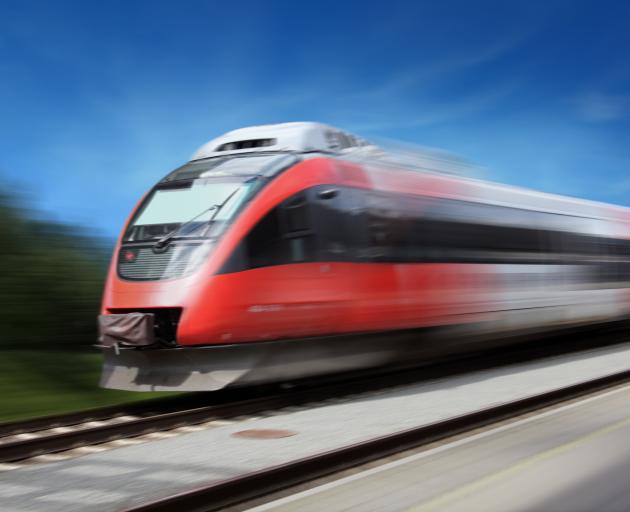 The Green Party and others have been pushing for high-speed rail. Photo: Getty Images
A high-speed rail service can work on New Zealand’s narrow-gauge tracks and Queensland's rail system has already proven it, a rail commentator says.

The Green Party and others have been pushing high-speed rail as a means of future-proofing transport links across New Zealand.

With trains reaching 160km/h between major population centres the service would open doors for commuters to work further from home.

The party is pushing for significant investment over 10 years to roll out fast, electric passenger services connecting key provincial centres with Christchurch, Auckland and Wellington.

Critics have suggested the existing rail’s gauge composition – the distance between the two rails - makes the project unsafe and unattainable.

However, features editor of Australian Railway Digest magazine, John Hauler, said New Zealand’s gauge was the same as that used by Queensland and in many other parts of the world where high-speed rail exists.

He told RNZ's Nights that two long-distance services in the region saw ‘tilting’ trains reaching up to 160km/h – the same types of high-speed service being proposed in New Zealand.

“The trains travel at this speed where the track is suitable and the gauge is not so much the issue, its the curvature and other things, like the size of the actual rails and how well the track is bedded down,” he said.

“One of those trains is an electric train that operates between Brisbane, Bunderburg and Rockhampton and the other one is a diesel, which operates from Brisbane to Cairns, which is a much longer journey, about 1600km.

“With both those trains, where the track is suitable, there is no problem at all running at 160km/h.”

He said, looking at the terrain from Auckland to Hamilton, the speed getting between the two cities would be significant but that curves that would need to be negotiated across the central north island getting to Wellington would mean a longer journey time.

“It’s all about curvature and track standard.”

Hauler said this had been achieved in Queensland and had brought big payoffs in terms of both passenger and freight, including reduced operating costs.

“It does cost a lot of money, regardless of it being narrow gauge, standard gauge or whatever.”

But in areas where rail could compete with domestic flights, or where there were problems of congestion and urban growth, the rail upgrades would be sense.

The Covid-19 pandemic is expected to plunge much of the world into a depression, the likes of which have not been seen since the 1930s.

The Government is currently lining up ‘shovel-ready’ infrastructure projects ensure economic activity and a circulation of money as a means sustaining employment and fighting off deflation.